I'm not one for looking for a lot of attention or asking for people give me gifts. Recently, August 25, I reached the mile stone of turning 50 years old. What does this mean to turn 50?

To turn 50 we think of this as a great accomplishment. After all in most cases this means that you are now officially "OVER THE HILL." In my grand mothers case it just meant she was half way to her mile stone which she reached in June. YES, my grand mother turned 100 on June 7th.

I did take a close look at my birthday using mybithday.ninja just to get a little better understanding of the date. August 25, 1966 was a Thursday, the 237th day of the year in 1966. This will not happen again until the year 2022. I also learned the my LifePath number was 1 which means It represents initiative, potential and singularity.

I realized I was a born leader. Thats funny, my website kensagendorph.com is based on leadership and I am also a Lieutenant at the fire station. I insists on my right to make up my own mind as I demand freedom of thought and action. This makes me a good leader according to mybirthday.ninja.

Another thing I found was my mythical animal is the horse and the element of a person born on August 25, 1966 was fire. Well, some of the first fire engines where horse drawn and I work as a firefighter. Does this all seem co-incidental?

One person I found that I share my birthday with in Leonard Bernstein an American conductor, composer and pianist of the Boston Symphony. He was born in 1918 and passed in 1990. While that may not interest most people. But the Boston Symphony has their summer home in Lenox, Massachusetts at Tanglewood. Tanglewood was the first place I had a job while in high school. Now thats interesting to me.

Turning 50 may not be such a big deal to some folks. To me, I thought that going "over the hill" should not be such a bad thing. I also found a lot of cool information about my birthday that really reflects my life.

What can you find about your birthday? You never know how it really reflects your life, even after 50 years.

Write something…
Recent messages
Loes Premium
Congrats Ken! 50 means that the next 10 years are going faster than ever before!
I watched the Ninja-list of celebs born on the 5th of February, and it seems I am the only celeb born in 1960 :)

Reply Like Like You like this
CathyS Premium
So - at age 50 ... I realized I had only about 25 more years ... or another 50 on this earth. Whatever the Good Lord decides. And it's OK. No stress. No burden. Nothing to prove. In the timeline of eternity, 50 is just a baby. :-)

Reply Like Like You like this
MPollock Premium
First, Happy birthday,
second, do not dwell on age. this can destroy your mindset.
With the wisdom and knowledge, you have now live your life to the fullest. 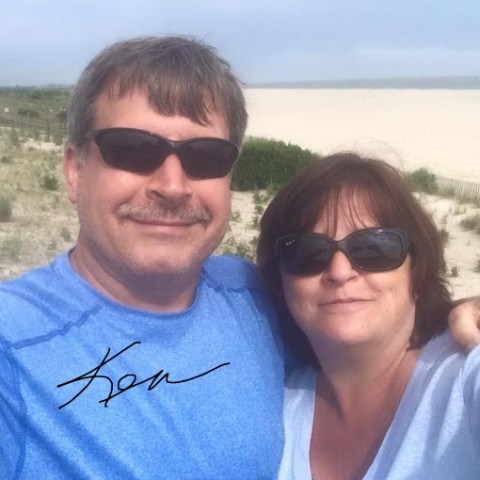