The Root of Success

The purpose of today's message is simple. Due to circumstances beyond my control, I have a deep-seated need to succeed at whatever the goal may be. You see, when my life began, it was not under very good circumstances. My whole life has been one of contrasting directions. My Mom and Dad always told me that I can do anything I set out to do. While, others have told me that I couldn't do this or that.

During college, I was told I would never work for a major technology company. I was told that I just wasn't smart enough. Well, within a few months after graduating college, I was sent to the Middle East to work on a major Department of Defense military initiative. During that time, I did things that major technology companies said couldn't be done. Well... I DID IT. (several times)

After years of HARD work and many sleepless nights, I was blessed to work in the Executive Office Of The President of The United States at the White House. While there, we completed more projects than anyone had ever done before. NO ONE believed I could do it, except God and me!

Now, I am not the smartest or the fastest person. But two things I have come to know is that (1) I am a loyal friend and (2) I am a diligent and hard worker. My parents taught me to do what is right just because it IS right. (The stories I could tell you about that one.....)

Now, I am working within WA to learn and grow my online business. Well, folks, I just wanta say two things: 1) I DON'T lose when I believe in something. 2) I WILL succeed.

Please understand this is not about me. My life has not been about ME. I have come to understand and know that it IS about others. (mostly, it's about my family and friends) That's what I love about WA. At least for me, I believe it's about succeeding through the efforts of others and with the help of others. I believe that's what Kyle and Carson have as their vision for WA. That's what I love about each one of you. So... Here's to success for each one of us...

Reply Like Like You like this
GayleneNepia Premium
Thanks for sharing your wonderful story Randall. It's amazing what you can achieve when you truly believe in something and even better when you have parents that believe in you too, and that's all that really matters. So I'm not surprised you've enjoyed so much success, in spite of what others said.

Those are the same attributes we all need to achieve in our online businesses.

And what an impressive career you've had so far and I'm sure you will continue to be successful in anything you do.

Reply Like Like You like this
RandallW2 Premium
@GayleneNepia
Thank you, Gaylene! I've found a home here at WA. This is the time of my life. Life is good. I am truly blessed beyond measure!

Reply Like Like You like this
chucks1248 Premium
Thanks Randall. This is just what I needed to be reminded of at this time. I too was told I could not, yet I am the only in my family to graduate from college and am the most financially stable. Thanks for the jab in my Arm!

Reply Like Like You like this
RandallW2 Premium
@chucks1248
You're welcome, Chuck! You made my day. It's great to know I helped someone. That's what I was (and am) aiming for. Just keep on pluggin. If I can do this, so can you. It's a pleasure to meet you.

Reply Like Like You like this
jtaienao Premium
Thanks for sharing your story Randall. You have proven time and time again that you can accomplish whatever it is you set yourself up to do. I sincerely believe that your dream of a successful online business will become a reality soon.

Reply Like Like You like this
RandallW2 Premium
@jtaienao
You're welcome, Jerome. It will happen as I grow into it. I hope this helps to inspire someone who is having a tough time. We can all do it, if we do it right. We're here to help each other. 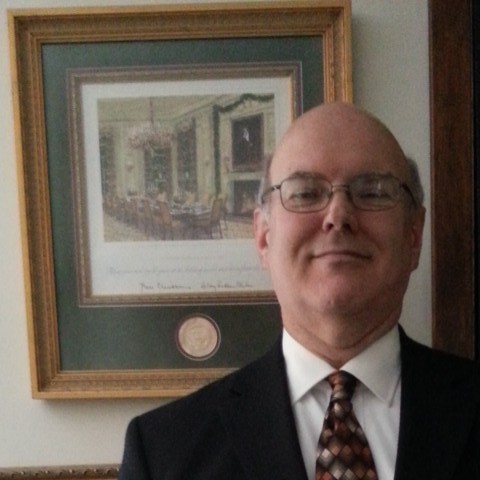