I wanted to give the WA family a Heads Up.

I had signed up with a binary company to experiment with binary trading. Said company is OptioNow. Initial deposit required? $250. Okay, so when I opened the account, I had that to spare. I did not make anymore than 3 trades-of which maybe 1 was successful? However closer to home the money was tightening fast, so I asked them for a withdrawal ( about $200) and they wanted all kinds of verification (fair enough) of who I was. Fine, got all that/scanned to their position.

Four days later, another note from OptioNow. Saying they were almost done processing but needed a copy of the back of my DL. Whatever. It got sent. Silence. I sent another note-they apologized, said it had been sent over to my account manager who would handle it.

3 days later (by now we are in the 3rd week since initial request). I sent a note asking who my OptioNow manager was. No reply. 2 days after THAT I sent a note saying if the money was not in my account by Friday, I would have to write a nasty report. Well, it's that time. NO money on Friday AND a huge drop from $143 (as of last check) to $53.50! I assume at this point I won't be getting it back. However, I do still have faith in the binary system but recommend waiting till your safety net is there. To that end, ForexBrokerInc is great, and they have a demo account which they fund so you can practice all you want and no damages.

Hope I saved some of you money damages.

Write something…
Recent messages
rcbonay Premium
I've also taken to reviewing everything that catches my eye. Good luck getting your money back and thanks for the heads up!

Reply Like Like You like this
Gordi Premium
Don't feel too bad, Poetman. Vast majority of us here have fallen for one thing or another. At least this isn't going to break you financially. Good luck, and let us know if/when you get your money back.

Reply Like Like You like this
CoachEd Premium
Hey Poetman I hate that but We all have been their for the most part---That is why I love it here and share systems and success es of mine --they are just ways that we can use to promote WA or our own websites. You can turn them in to FTC and they have an online complaint website --just google them to make one . !!! If you ever see something you may want to invest in you can PM me first and I will give you my thoughts. I spent 10 years in the Sheriff office as a detective. .

Reply Like Like You like this
Poetman Premium
Thanks, good to know! :) I've taken to reviewing things I might otherwise be interested in. One of the most recent is-in actuality-turning out to be what was said. I'll leave it at that for now, don't want to upset the cart!

Reply Like Like You like this
Shawn Martin Premium
Sorry you have been taken by these bums.
Thanks for giving us all a heads up and I hope you end up getting something for your money. :(

Reply Like Like You like this
Poetman Premium
Yeah, me too! There are good companies out there, that I know. At the minute I'm trying to decipher two charges that I did NOT make on my debit.Visa card. My CU is pretty good about that though. I just have to sign a form saying I didn't authorize, and they will refund it. Then (of course) comes the new card. Can't have someone charging what I don't know! 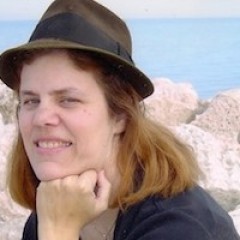