Just wanted to report that the sitemap xml error I have been experiencing for about a month and half just got resolved!!!!

What caused it and how did I resolve it?

I PM'ed back and forth today with a blogger friend of mine that's a developer. He suggested removing all the plugins and then re-adding them one at a time an testing the website after adding each plugin.

Instead of doing that, I chose to create a dummy website and then started adding the plugins I currently have on the problem site, one at a time.

When I added DISPLAY TEXT plugin by MagicSpark technology, a message was displayed saying that an unrecognized character had been added on the header and advised that plugin should be deleted. I almost missed it! After deleting this plugin, the character was removed!

My sitemap feature now works like it should! Even if I did nothing else today, it has been a very productive day!

Advise: Install Wordpress SEO plugin if you haven't already. I believe because it automatically generates sitemaps, it was able to detect the fact that the plugin would cause a problem with generating sitemaps.

Beware!! Be careful installing plugins. When you install, watch out for every message displayed. Read them thoroughly.

Thanks to everyone who really tried to help me with this issue.

Reply Like Like You like this
CarlaIves Premium
Great detective work between you and your friend! This is one of the many problems I've seen caused lately by plug-ins and/or browser add-ons. Great advice on the dummy site and adding things back one at a time. Thanks! 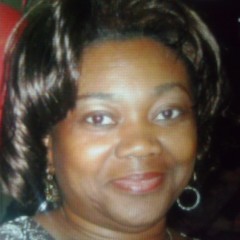