December 23 in any year is a special day for me; on this day in 1990, my first born, Jeffrey, passed away at the age of 6, and on this day in 1997, my youngest son, Jason, was born (and his due date was actually the same as Jeffrey's birthday!). So even though I have the challenge of dealing with Jeffrey's passing, I also have the blessing of Jason's birth. It can make for an interesting mix of emotions.

And today was no different than this day has been over the past 24 years. I did my best to focus on Jason's birthday; Jason lives here in Syracuse, too, and so I volunteered to make a cake for him--a chocolate cake recipe he'd found and which is incredibly decadent! I started the cake this morning and then checked with him to see when he'd like to come get it; at first he talked about coming early this afternoon, but some unexpected developments occurred and he decided to come tonight after his evening shift at work. For that reason, I delayed making the frosting until after my fiance and I had dinner so it would be as fresh as possible when Jason came to get it. The picture above is the finished product after we'd cut into it; I'm not really good at making a beautiful product, but I can sure make it so it tastes good!

Despite the fact that I did pretty well at focusing on Jason, some sadness crept into my day and caused me to get upset over some little things, bringing me to tears at some situations that really wouldn't normally have bothered me. When those times occurred, I simply withdrew to some solitude for a few minutes to allow myself to be with those feelings and then recover.

So all in all, I can pat myself on the back because I've not only made it through this day, but I also overcame the difficulties and was able to have time to be here in WA, which has definitely become a daily priority for me. I really am pleased with myself for being this determined to reach my goals! This tells me that there probably isn't anything that will stop me from not only achieving what I've set as my targets, but going further, too.

Write something…
Recent messages
Zoopie Premium
Mixed emotions but a cake cooked with love. And a lovely cake it looks like too.
Stephen

Reply Like Like You like this
Newme202 Premium
Hey Margaret
I am.so sorry for your loss. That day must have been agonising for you
A sort of bitter sweet dynamic
Well done on writing a WA blog and sharing your thoughts and experience
You're in my prayers going forward
You're awesome

Reply Like Like You like this
JeffreyBrown Premium Plus
I can only imagine how you feel, Margaret, but it is completely understandable, and I am glad that you are still motivated to move forward with everything that life has to offer us!

That cake looks absolutely delicious too, by the way!

Have a very Merry Christmas!

Reply Like Like You like this
MYJones Premium
@JeffreyBrown
Thanks, Jeff. And something I noticed when I first met you is how similar your name is to his—Jeffrey Jones 😊

Yes, my motivation is still here; it’s so very important!

Having your motivation is the absolute best thing! It has taken me a while to finally regain mine!

Reply Like Like You like this
davebux Premium Plus
A moving little story Elizabeth. What a day of emotions. It is good that you face them with such resolve.
Yes, you can reach your goals Margaret. The word probably doesn’t exist. You will reach those goals.
Good luck, God bless and have a great Xmas.
Bux

Reply Like Like You like this
MYJones Premium
@davebux
Thank you for your kind words, Bux. And God bless to you and yours, and a wonderful Christmas, too!

Reply Like Like You like this
davebux Premium Plus
@MYJones
I will Margaret. My family is over a thousand miles away but they will be next to me in spirit - and facetime.
Enjoy
Bux

Reply Like Like You like this
DivineGood Premium
This is such a wholesome and
a heartwarming story and I do
greatly appreciate you sharing
it with us.

While we are alive we are here
in this world to strive to be better
day by day.

We all know that life can be tough
sometimes and we all go through
it but it is up to us how to come
out of it.

I do believe that you have done
very well with your story and yes,
I do applaud you for just being you.

As long as you are happy with the
process of what you are doing, you
will never be alone or feel lonely
again because you are doing the
things that make you happy.

Thank you ever so much, Margaret
and may you have a beautiful,
joyful and peaceful Christmas with
all your loved ones.

Peace be with you always. Amen.

Reply Like Like You like this
MYJones Premium
@DivineGood
Miss Elizabeth, you have added a blessing to my day, and I thank you for it. May you be blessed back tenfold!

Reply Like Like You like this
DivineGood Premium
@MYJones
Oh, I am so grateful that I was
able in a way had added a blessing
to you and I am so thankful for this
opportunity.

You are so welcome, my dear and
sending back to you God's richest
blessings. 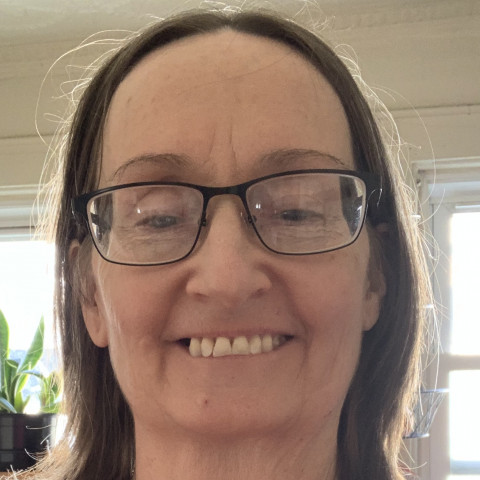