Wealthy Affiliate Training is Overwhelming - and that is a good thing

You feel it... I know that you do. That sensation of being totally overwhelmed. It can create panic, it can lead to despair, and it can drive you crazy. It is that sensation that you get a couple of months into it that the Wealthy Affiliate training is overwhelming you, and you don't know how to handle it.

A Lesson in Learning

I remember when I began to learn Spanish. I was visiting some friends for a two hour session three days per week. At first it went well. I was absorbing, I was engaged, and I was advancing. Then all of a sudden, I could not do it any more. As I listened to my tutors speak to me, it was as though the were speaking a totally different language.

During the week, I would also do my own studying using a dictionary, and a verb book, and a Spanish Bible. I would write out sentences, and paragraphs. I would look up every word to translate it. I would look up every verb to make sure I conjugated it right. I was excited, I was enthused, I was getting it. Then all of a sudden, I could not do it any more. As I looked up words, I was blanked out and nothing would register.

I clearly remember the sensation. It felt as though the sponge was full and it could no longer absorb any water. I was tapped out, I had hit a plateau, I had run into a brick wall. That was it, I could not do it anymore. So I stopped. The following day, I did not touch a book of Spanish, I did not speak a word of Spanish. Nor the next day, nor the day after that. And it worked.

When I returned to my tutors, and when I opened up the books again, there it was. The passion, the joy, the learning. That small break was all that I needed to keep on learning.

Full sponge syndrome: NOTHING more is being absorbed.

Just give it some time... the sponge will reset.

It was intense and overwhelming, but I could not stop. I wanted to see results.

I remember when I first started the training, I just could not get enough of it. As I went through lesson after lesson and as I completed the assigned tasks one after the other I was encouraged as the boxes got checked off. Hour after hour, day after day, week after week. Those were the "good old days" and once in a while it is good to look back at the early days of your experience here at WA.

Then I got overwhelmed. I wanted to keep going, but I could not. I felt like I was spinning my wheels. At the time, I took a bit of a break and then went back at it. I was able to push through it and keep on going. And that is where I would do things differently because...

... it happened again. As I moved forward in the training, I would encounter hurdles, and difficulties, and I had to troubleshoot, and find solutions to problems that seemed to grow in complexity. 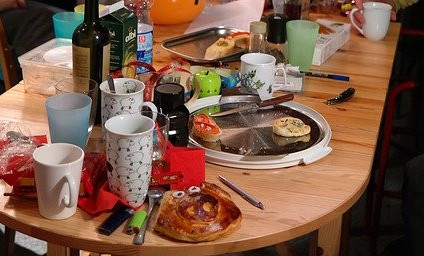 In reality, it just became too much. I couldn't sort through all the clutter. I had absorbed so much material and been introduced to so many new ideas, and concepts that I was no longer able to keep it all organized. Every new task became more like a chore. I had not processed the prior lesson, yet there I was taking on a new one.

It happened to me by accident. I had not planned it that way, yet I can appreciate how much it has helped me accelerate my learning and my production in the long run, in the here and now..

Without knowing it, what I needed was a break. I needed to disconnect.

This allowed my brain to absorb what I had been learning.

It allowed my brain to sort through the information and to file it properly.

The experience reminds me of this real life tangible example:

If your desk or work space is anything like mine, over time it tends to get cluttered. You work around the mess and still manage to get things done but your efficiency starts to suffer as you start looking for things and run out of room to work. It gets to the point where you just need to clean it up. You have no choice.

It takes some time, but after the clean up, you feel good. Your workspace looks good and you are ready to go at it again with renewed energy and focus. I know that I am not the only at WA who has gone and come back again. This place has that effect on you. Even though it is overwhelming, you know that it produces results and you just have to come back.

I don't suggest a long hiatus like mine. But I would recommend taking a few days off after a good run of training. Get away from it for a bit. Let the information and the training sort itself out in your brain.

Stronger and Better than Ever 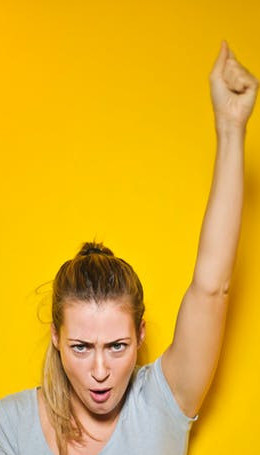 After that good break, when you return to the training you will be surprised (and pleasantly so) with how much you already know and how much better the new material is being abosbed.

The hurdles, and challenges, and troubleshooting, though ever present, do not seem so overwhelming.

The reason... you have learned and done so much already. And now that it is all properly filed away, you can access it and your prior experience (as rough as it may have been) plays a big part in your present success.

When I left the training "hanging", I did so because I was stuck. I literally could not get past a couple of issues. As much as I tried, despite all the good help I could find on WA, I just could not resolve the issues. At that stage, I also did not have the time to spend on it, I could not dedicate the hours just to get past a barrier. That might have made it easier to stop the learning process entirely but likely a short programmed break and a reduced production rate would have done the trick.

As I have gotten back into the groove, and launched (or better said: re-launched) a website, I find that all I had learned is coming back to me. And now, all the hurdles that come across my path, I am able to navigate through them, and around them, and over them or under them. I am able to find the tips from fellow WA members and understand the problems and implement the solutions.

It still take time to make progress, but I am better prepared to do it. By taking a fresh look at things and seeing how much you have accomplished even while being overwhelmed you realize that it pays to keep on going. Eventually it will all come together and I will be successful.

Has it happened to you?

I have shared some of my learning experience speed bumps. Has it happened to you?

AND how you dealt with it. 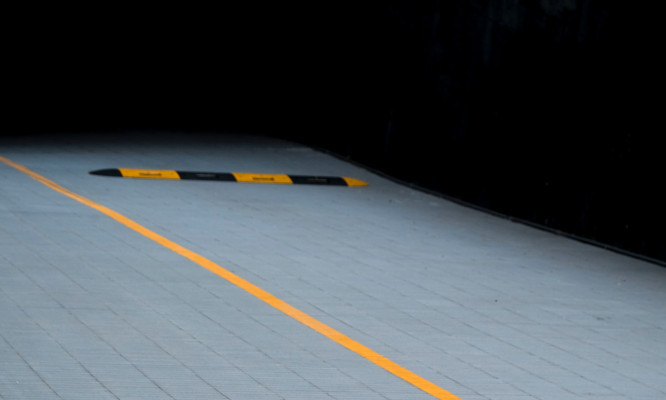 It is nice to know that you are not alone in feeling this way. And to know that the "full sponge" syndrome is nothing but a speed bump in your learning process. You slow down for just a moment, take stock of things, then take off again.

Write something…
Recent messages
Babou3 Premium
Hey! Nice to see you!
I am glad to see that you have gained enough strength to continue the path towards your goals. We have not chosen a very simple path but these paths are the most virtuous. I went through moments of doubt like everyone else, but like you and all those who are still with us, I didn't want to let go.
Taking a break and cleaning up your mind is the best way to move forward, we just need to learn to listen to ourselves to move forward on a clear and positive road.
The important thing is to arrive where we want to go with the time we have and the serenity.

Reply Like Like You like this
Mitchguy Premium
@Babou3
It definitely is tough slugging.
But every step is an accomplishment that will contribute to overall success in the end.

Reply Like Like You like this
saruth Premium
Well done Mitchguy, inspiring. Hard work pays at the end. As a newbie I learn so much from your story. Thank you for sharing.

Keep at it and all the best.

Reply Like Like You like this
LenMise Premium
Thanks for sharing your experience of ups and downs. It reminds me that I will certainly have obstacles in someway or another. But obstacles make us even stronger as you say. Later, it will be a privilege and satisfaction to help them. Thank you again to post your experience in WA.

Reply Like Like You like this
GazBower Premium
Hi Mitch and thank you for the post and advice.
I haven't stopped due to the sometimes overwhelming amount of info to absorb, but I have slowed down and sometimes I have go over the lessons a few times before it sinks in.
I sometimes have a break, just a few days to clear my head.
I know exactly what you mean.

Reply Like Like You like this
Mitchguy Premium
@GazBower
Excellent.
Everyone has their ways of clearing their head.
I'm glad you are on the right track.

Keep at it and all the best. 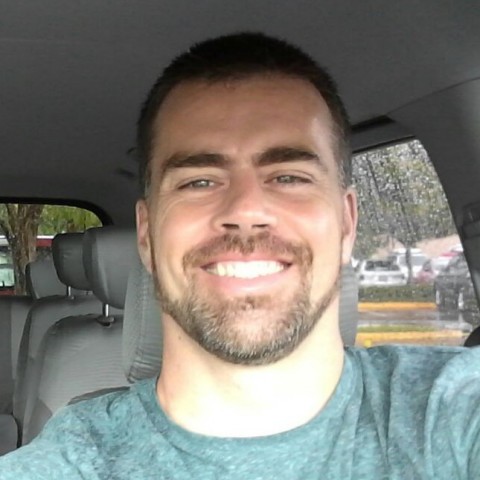