Knowing what the 3rd Eye is could be the first step in quenching the thirst for knowledge and understanding. If you want to open or awaken your sixth sense (3rd Eye), then everything you learn in these blogs will help you get there.

The 3rd Eye is a mystical and esoteric concept that refers to the invisible eye that gives a person insight and perception beyond ordinary sight. It has been described as a catch that takes one to a world of higher consciousness commonly referred to as a Higher Self. In some "darmic" spiritual traditions like Hinduism, the 3rd Eye identifies with the ajna or the brow chakra. In theosophy the 3rd Eye relates to the pineal gland. In new age spirituality, it is associated with the higher state of enlightenment that comes with mental images that have strong personal, spiritual and psychological significance. Now let's take an extensive look at the 3rd Eye.

Most schools of thought relate the3rd Eye to the pineal gland. This can be deduced even from ancient human civilizations. Every person's pineal gland or the 3rd Eye can be stimulated to perceive spiritual frequencies and vibrations.

This will enable you to have intellect that is all knowing and be in gentle oneness with all that is around you. When the pineal gland is tuned into correct frequencies through the practice of meditation, yoga and other mystical approaches, it enables a person to enter into the realms. This is commonly known as astral projection, out-of-body experiences or remote viewing.

The chakra that is the focus of our attention in this blog is the 6th chakra. Also known as the 3rd Eye Chakra, it is associated with intuition and connection with the Universe as well as with signs and symbols originating from other realms. If your 6th chakra is healthy and spinning normally, you will be able to think clearly and be open to the biosphere around you. You will be more receptive to your spirituality and you will rarely cling onto false beliefs. Your intuition will be sharp and you may even find yourself predicting the future.

On the other hand, if your 6th chakra is closed, you will not be in touch with your spirituality at all. You may find that you reject not only your spirituality, but you may also end up only looking after the freshly needs of your body. Your spirituality will practically go down the drain and you will only identify with what your mind is thinking.

Your 6th chakra (6th sense) gives you the ability to experience different dimensions in your body without having to leave it. It is basically the easiest way of seeing other dimensions. This is not possible with your physical sight alone. For you to perceive what is going on around you in a more spiritual way, you will need to open up your 3rd Eye or 6th Chakra (6th Sense).

According to the Hindu teachings, the 3rd Eye is found in the stomata, located directly behind the center of the forehead. Its superficial activation site on the skin is known as the kshetram and is on the eyebrow region that corresponds to the position of the 3rd Eye.

The 6th chakra is white. It has 2 white petals. Inside the pericap, there is the Shakti Hakini. It is depicted as a white moon. It has six faces and six arms that are holding a book, a skull, a drum and a rosary as they make gestures associated with dispelling fears. There is also an inverted triangle above it which contains a moon-white lingum. Above this triangle is a smaller triangle that contains the Bija. The seed mantra syllable or Biji for the 6th chakra is the AUM or Pranava mantra (OM).

The 3rd Eye in Taoism

Taoism is also an ancient philosophy and religion that has its roots based in China, even from the very beginning of their cultural history.

In Taoism and many other old Chinese religions such as Chan, which is related to the Zen school, training the 3rd Eye involves centering our attention between the eyebrows while closing both eyes.The planned goal of this drill is to let learners to tune into the precise vibration of the cosmos. It also helps them gain a firm foundation upon which to build on to more advanced meditation techniques.

Taoism expresses that the 3rd Eye, which they also refer to as the mind's eye, is located at a point between the two physicals eyes. This mystical eye then extends up to the mid point of the forehead when open. Taoism alleges that the 3rd Eye is one of the principle energy centers of the body. They acknowledge that it is located at the 6th chakra.

Write something…
Recent messages
KatieMac Premium
As you know Marian I have been enjoying your series of post, I remembered sometime ago reading a book think it was called the third eye it was very interesting and your post have brought back reminders of many events over my life time, I remember saying something to my grandmother when I was around 8 and she told me it was of the devil and I tuned out for a long time I also was careful with who I would share it with to for not everyone gets it.. thank you look forward to the next one

Reply Like Like You like this
MFreire Premium
@KatieMac
Hi Katie, When I would see family members appear to me right after they died, I was scared. I was adopted and I shut down those senses. It wasn't until I was 34, that I could have people who were in a coma or dying telling me what they wanted their love ones to know. I am comfortable with the gift and I am humbled that these relatives and friends trust me with their loving thoughts.
I appreciate that I can share these experiences with you and you can always share by a personal message, if you are comfortable doing so.
I am always here for you!
Your Friend,
Marian

Reply Like Like You like this
KatieMac Premium
@MFreire
Thank you Marian I am comfortable with myself now I to shut them down till later in life now I just do what I can and if I need to share those promptings of the spirit I will... hope you are doing well and returned to full health now

Reply Like Like You like this
LLiu Premium
Thank you Marion for explaining this third eye. I have always heard of it but have never understood exactly how it worked. I will wait to hear from you on your next post.
I hope all is well...
Have a nice day.
Linda :))

Reply Like Like You like this
MFreire Premium
@LLiu
Hi Linda, I just posted my next blog 5 min ago. I will ever day this week, so everyone can catch up, since I was gone for 5 days.
Your Friend,
Marian

40 years ago I read Lobsang Rampsa a Tibetan Monk explain the the third eye very simply. 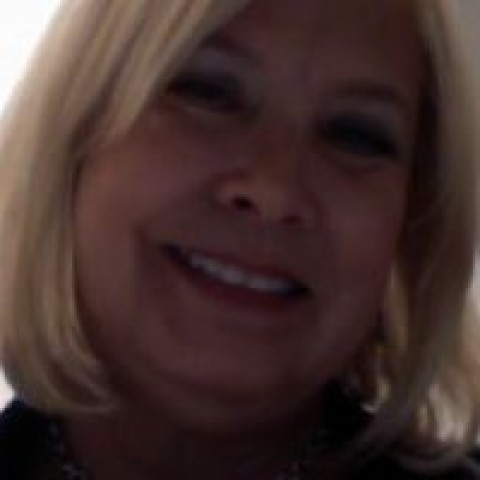