A bit about myself

I've been here for a few months now. I think it's about time that I tell you a bit more about myself.

I never know what to put when it's time to put up a Bio. I'll just put what I think might tell you more about me.

If you have any questions, don't hesitate to ask.

Born and raised in Sept-Iles, QC, Canada, a city that used to have close to 50 000 souls in the strong 70s years, and dropped down to less than half of that in the early 80s crisis.

My mother tongue is French, but I've done all of my school years in English, so I can permit myself to say that I'm "PERFECTLY" bilingual English and French.

Until I was in school, I was babysitted by our neighbor. They had a piano and I just LOVED IT when she started to play. That made me want to be a pianist, so I TOTALLY got all over my parents that I wanted to play the piano. :-P

Started school, learned quickly the English language, being in a school where, fortunately, the teachers were, for most of them, bilingual.

You know how kids are, they always want more money on their allowance to be able to get all sorts of stupid stuff and a few less stupid things... so I started delivering papers at the age of 8. Started with a weekly paper delivered on Saturays, then, since the same publisher also offered a Wednesday paper, I started delivering that one too. Not finding my money big enough for my expenses and "dreams", I also started to deliver a daily paper, all of this ending up that in my delivery territory, I was delivering EVERY PAPER that was available! :-) 7 daily papers plus the Wednesday and Saturday local ones.

In the meanwhile, I started taking organ lessons. My parents, finding that the cost of a piano was way much more expensive than an organ, found that it was a good compromise to make me start with an organ to see if I would "catch on" to probably later switch me to piano if things went well. Thnigs went GREAT! :-) So I took in all 3 years of organ, one year of piano.

So what does this have to do with me being here? As I said higher, I had ALL the papers available in my territory. So I couldn't expand more on that side, besides getting more customers out of the more or less 500 homes that I had. I already had just about everyone who'd want to read a newspaper in that zone. I was just redoing the same houses one by one, knocking on their door when I was back to them in my list, to offer them whichever paper could interest them. I was at a STABLE POINT. One day, a new store opened up in the small shopping center just across the perpendicular street from our house. Less than 5 minutes walk :-) And what did they sell? ORGANS! I walked in, had a brief look around, the owner asked me if I knew how to play, I lacked a bit of self esteem at that time and said "so so...". He asked me to play him a tune, so I started playing him a few of the songs that I knew by heart from my courses. You know what? Karma had struck!!! :-) He wanted me to play in his store over the week-ends! MORE MONEY COMING IN! :-) That lasted over 2 years!

Now don't take me for a little genius or anything like that. I HAVE been a teenager like everybody else, and I HAVE had my stupid times. I hung out with a few bad boys, my grades went down, I lost interest in my piano lessons... in short, I became a teenage fool.

When I graduated from high school, the 80's crisis had already started, jobs were scarce, so I thought that maybe by going to the "big town" I could more easily find some work. Headed out to Quebec City where my brother had moved a few years back. I thought he could help me until I found something. Took a while... or I should rather say a VERY LOOOOOOOOONG while... I thank my brother very much for his support and patience. I eventually found a job telemarketing.

You've read up to my young adulthood.

I'll jump right away to a few highlights about the present.

I am now in the geater Montreal area (still in the province of Quebec).

I've always worked with the public since the age of 8. Now I'm trying to find "THE" niche that will be my MAIN PASSION giving me the thrive to wake up early in the morning and want to pass the whole day feeding my passion and making money.

I'm a GoDaddy reseller, but I don't want to spam, and, for now, I don't get the visibility to live off of it.

I offer computer tech support, Later, you'll read why, higher up, (in my high school years) I started working with computers in 1983. Since there are literally TONS of computer stores on just about every street corner, that niche is a dog eat dog world. Low-ballers will do ANYTHING to get the customer from you, who offers a high quality service, that bypasses the "ordinary" solution of formatting and starting over.

I own, with a partner, an intercom which permits salvage yards to communicate between them to find parts that their customers are looking for. That also permits me to find parts for customers who have started calling me up, since I'm independant from the yards, I act as a broker, and therefore can find the part at the best quality vs price ratio.

I just LOVE music! I just CAN'T live without it! I have a saying that there is NO bad music, only bad musicians ;-)

I probably will add more to this later. I realize that it takes time, inspiration and patience to write a good bio :-P

In the meanwhile, if you have any questions, feel free to ask.

You can also find me on MOST social medias, always as merlinregis

Write something…
Recent messages
Glen B Premium
Merlin, I got my first computer back in 1983 and before that was a mechanic. I also started working at a very young age mowing lawns. I saved up and bought my first bike, then motorcycle, then car.

At the age of 15 I was rebuilding automatic transmissions and fixing just about everybody in the neighborhoods cars. I love it and was good at it and became a Auto Mechanic and even built Super Pro 1/4 mile race cars for a bit.

Back to my computer story back in 1983 my Dad came home from a timeshare presentation with a Timex Sinclair Computer and he gave it me because he had no interest in it.

I immediately became obsessed and learned to write programs and a year later a good friend in the construction business asked me if I could help him out by creating reports of job costs so he could see how profitable his jobs were.

He paid to upgrade my equipment and I setup a database and started cranking out weekly reports. He hired me full time 6 months later and I never looked back.

Fast forward to today and I've been doing computers all facets from repair to programming and running teams of programer for some of the biggest companies in the US. SaraLee, Westinghouse, Fiskars, Hayes Dana, and a big list of many others.

I had already been in this business for over 20 years before I went to college and got my Associates, Bachelors, then Master's degree in Informations Systems and Technology.

I have been working from home for over 18 years now and love it.

I have been to Quebec on several occasions. My lack of language made it a bit hard but I had taken exploratory classes that allowed me to understand basic words in German, Spanish, and French. So I got by.

I have live in Florida a very tropical climate where it never snows and the company I worked for at the time sent me to Rimouski Canada right on the St. Lawrence River. It was 15 below in January and I had never experience cold like that. In fact I had never seen snow till I was in my forties.

Anyway so Music is a big part of my life as well. My father is and has been a Musician for his whole life. He just retired last year at 87 years old. He has played for the Ringling Barnum & Bailey Circus, Miss America Pageants, and a music for the school system. Following in his footsteps I started in the third grade on vilolin, then changed to the trumpet in the 5th grade and played that all the way through high school. After high school I started playing the bass guitar and since 1978 have been playing in bands pretty much my whole adult live. I still today play in one of the best local bands in our area. All of our members have been playing our whole lives and we don't play but a couple times a month but always pack the house. I also listen to everything.

Anyway this little message has gone on much too long but I think we share a lot of common things in our live and I have followed you so that we could grow together in this community. I have been a member here since 2009 but let shiny object syndrome pull me a way. So I preach a lot about that. I've learned some valuable lessons and am now back here permanently to help others succeed.

It's very nice to meet you!

Reply Like Like You like this
Khurshi Premium
WOW!WOW!WOW! I loved reading your blog aka profile...lol...you sound amazing, i loved the way you helped everyone and had to go to your profile, that obviously led me to this blog...it was easy and fun to read, reminded me so much about how my brother's and I always tried to make money from the locals in South Africa, planting stuff and selling and making beaded African jewelry so we could help our parents who had 8 children and a really hard life. thanks for the amazing read. I know in my heart of hearts you are going to be one of those millionaires if you are not one already...all the best and thanks again...take care

Reply Like Like You like this
angtuton Premium
It is good to see another Canadian on WA. I am originally from Nova Scotia and currently live in Alberta. Have a great weekend.

Reply Like Like You like this
CandP Premium
You have such a great, natural style of writing. Pleasure to read your post. Gosh, our dad's would have been so impressed with what a go-getter you were as a kid. That's the way they grew up. You wanted something, you went out and earned it yourself.

With your tenacity and savvy, you will undoubtedly succeed. You have the mindset and determination. Thanks for sharing your story.
Colette and Philip 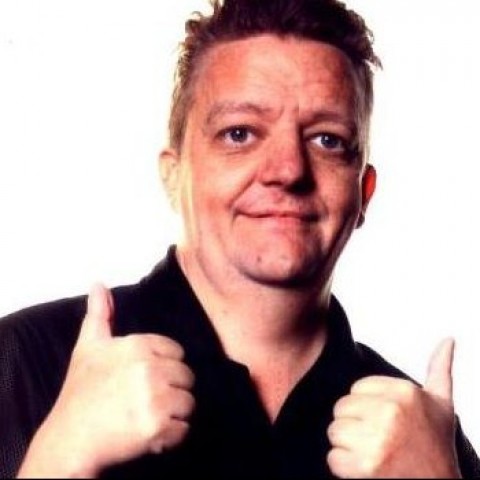