Depression and Working From Home: My Journey So Far with Wealthy Affiliate

Throughout my life I`ve struggled with depression, caused by different factors. One of the symptoms of this for me is that I have a what I call a "wave pattern" so called given its similarity to our planets tidal motions.

My highs or lows can last minutes, hours, days, weeks or months. I have no idea when or where they will strike and quite often, I don`t even realise what "pattern" I am currently in, and its only when someone says to me: Are you OK? You seem a little distant.

My aim for at least the last few years has been to overcome my Depression and working from home seemed like the perfect solution, so I started looking at all sorts of things, from trying to trade on the Forex/stock market to investing in Bitcoin mining machines.

The problem I faced is that when in an up phase, I am so rediculously motivated and focused (even if thats on the wrong thing) and I throw myself into things head first and think about consequences later. This lasts for anything up to a few months and then what I am focussed on loses its attractiveness and I instead obsess about something else.

You can probably imagine how frustrating this can be, to be utterly obsessed and focussed on something only for that passion to vanish seemingly overnight.

With each "scheme" I decided to try, and fail at, I got further into debt and lost a portion of support from family. My mum rolls her eyes each time I mention something else and whilst she does support me to a degree I hear the frustration and exasperation in her voice.

Its`s now gotten to the point where I don`t talk about my attempts at being self sufficient for the fear of seeing those rolling eyes again, and the fact my brother (six years older than me) is a well paid professional and doing incredibly well from property and investing makes it even harder for me.

Despite the collective sighs from some of my family, I was searching for something else to try, and found this website. I had heard the term before, watched a couple of videos on YouTube that saw some guy put some words on a website, sell any old crap and get loads and loads of cash. Simple eh?

Thing is, selling everything you hold dear just to make a quick sale is a bit morally wrong in my opinion, and I wanted something a little more my style.

The more I read about the Ethos of Wealthy Affiliate, its owners and members, the more I felt like it was the place for me.

A Sense of Community

What I felt was lacking in my other attempts at earning money online for myself was support. I only had me to rely on, I had no one to really ask questions of,and so, with limited knowledge and a few hours of YouTube tuts under my belt I was released upon the world....To a bunch of sharks.

With Wealthy Affiliate, you get a family of people who are in exactly the same position as you, trying to learn the same things and become self sufficient business owners. We all gel together to support each other along the road.

At any given point there will be someone around to help you and answer any questions you may have.

This nicely leads me to:

I don`t just mean the official training from Carson or Kyle, but the other parts, created by the likes of you and me, just to help the community. It often covers some of the smaller things you may need help with along the way.

There is amazing live training each week by Jay that (to be brutally frank here) has helped me more than the other official training.

What Does This All Mean?

Well, to me, this has meant that I have stuck by the Wealthy Affiliate programme longer than anything that I have tried before and that in itself is astounding.

Although I haven`t made any money as yet, my site is getting clicks, and I can feel a change is around the corner.

My Depressive episodes have obviously not gone away, by the very nature of Wealthy Affiliate has meant that I push myself through them and come out of the other side with an article written, researched and published.

So, if you are suffering from Depression and Working from Home appeals to you, don`t be put off by that voice in your head. Give Wealthy Affiliate a chance, and it will help you to overcome your dips, and exploit your highs.

Be the best you can be.

If you aren`t already a member, I would recommend you join today and unleash your potential.

Write something…
Recent messages
Kambas Premium
What a awesome article spoken from the heart!
Nice Matt!!
The most important thing is that you here and can still make things work out.

Oh man, can I relate to the 'eye rolling' response from family and friends when I set out to work online from home in 2009!
This is a natural response by people who have been conditioned mentally to work hard and trade time for money, it's admirable and takes a form of discipline and sacrifice but not likely to get you out of the daily rut most people DON'T want to live through.

There is only one true cure for depression my friend, it's going to make some people roll their eyes (lol) but I will say it anyway... Jesus Christ! ^^,

All the best and please keep us updated Matt.

Reply Like Like You like this
Matstabler Premium
@Kambas
Thanks for your kind words Kamil, I sure am trying to escape this working for other people rut. This time I'm not giving up.

In regards to your other comment, I appreciate the idea, but I don't rely on a sky fairy for happiness. I need to do it myself. I'm an atheist through and through.

You are an amazingly strong person who has his own path to walk, don't look at your brothers. We look at people's accomplishments as reminders of our faults, but I believe the path that strengthens your soul is the true path of accomplishments. and from your experience, you will be able to empathize, encourage and give hope to others.

Keep being the awesome you that you are
Luba

I've had depression since what seems like forever, and right now I feel like I'm getting a handle on it. You are quite right, I tend to look at others successes as my failure, regardless of who's success.

Thank you for your kind words.

Reply Like Like You like this
Calmkoala Premium
HI Matt, so good to hear from you! Well done with all your hard work and I'm sure much success soon, Sue :)

Reply Like Like You like this
JohnG123 Premium
Well Matstabler, you certainly are not at a loss for words, and certainly have a nice flow to your words. I can feel your desire for your family members to accept and respect your decisions. Depression is brutal. I went yearly in my first month because I knew what I saw in the lessons and I saw how many I needed to do.
Home is not really where I want to work from as it is a great part of the depression I go through here and there. My motives here are not to impress any of my family members and I don't carry a get rich quick idea in my head. I just want to put out quality work for the benefit of others as well as mine.

I love being helpful and I don't mind not knowing anything. But here I have more help than I can shake a stick at. Sharing ideas with others I network with is a blast. I don't have to be home either, I can be anywhere there is an internet connection.

I agree, if you are not a member yet, sign-up and hang out because these lessons will change how you think and feel. I promise you that. Success is just a couple months down the road and the best part about that, is I get to call it despite what anyone else thinks.

That's what I love about WA, it enables me to work through my troubles and immerse myself in an article.

Funny enough I'm in a depressed episode right now, so I had to write it down.

Wealthy Affiliate has given me a reason to succeed again, and I'll be damned if I'm going to give up.

Reply Like Like You like this
JohnG123 Premium
@Matstabler
You write extremely well when you are down so I can imagine when you are on a roll. Shake your thoughts and start putting content into those pages :) Much success to you, you are not that far away from it. 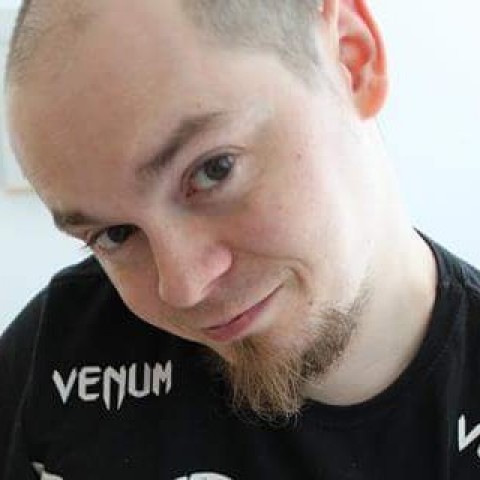