I hope all of you fine WA'ers will excuse my momentary rant, as I mean no harm or offense toward anyone. However, I have seen so many posts lately about how to improve one's ranking here at WA, how to get into the top 12, "why didn't my rank improve, because I posted lots of comments".... etc.

The ranking system is what it is - a way to recognize people who are actively paying it forward within the community. The algorithm is based on your contributions as a helper, creator and level of activity. Mathematically there's some logic to how it's determined what magic number is.

BUT, the whole point of a getting a good rank is that you earn it by giving of yourself unselfishly. Meaning you shouldn't be waiting for that big pat on the back for doing a good deed. There are some extremely "ambassador-worthy" members of our community here that have a lower ranking, but that doesn't make them less valuable, their opinion less credible, or the wealth of knowledge in their head less relevant than anyone else. It also doesn't mean they don't contribute when they can.

Stop paying so much attention to what number you're at. Ask yourself instead, "Did I do a good job today (this week, this month...)?", "Did I write a post or make an improvement on my site?" Did I leave a comment that helped someone, either by giving them needed info or just by making them smile? Yes? Good! Congratulations. You are an Ambassador!

I welcome anyone here to agree, disagree or give a hoot n' a holler back any which way.

Ever your friend and follower,

Write something…
Recent messages
PhilRou Premium
Very well said Marcel. We are all much happier to give freely.

Reply Like Like You like this
ChristineRa Premium
When we run in instances where certain WA members express deep disappointment with their Ambassador ranking, it's best just to remind ourselves why we are here. - Christine

Reply Like Like You like this
masirois Premium
Very true Christine. It's good to think about our good fortune for being here, and how it brings us closer to our personal and professional goals.

Reply Like Like You like this
Damien Lane Premium
Well, Marcel, I very much like this post. Which of course will pan out to mean, that in fact, yes, you will be correct ~ this will not be the most popular opinion. Nice to know there are ppl about that do not pay much heed as to whether their opinion is well received ~ next they will be coming up with their own ideas, where will it all lead?

Reply Like Like You like this
masirois Premium
Oh good golly miss Molly! I prefer to steal my best ideas from people far smarter than I :)

Thanks for weighing in buddy, I was pretty sure you'd have an opinion, and I'm always glad to hear what it is!

Reply Like Like You like this
Damien Lane Premium
As Picaso said 'good artists copy, great artists steal'. Though he stole the underlying concepts, not the end result... I think this is missed by some. I also don't think cut & paste as we know it today was available to the master... Not that it would have been of much use to him (maybe for responding to fan mail???)...

Reply Like Like You like this
OldCodger Premium
Well written, Marcel. You were one of my first followers and in the time I've been here, you've always been very helpful and supportive, to me and to many others, with a happy disposition and positive attitude. This puts you in high regard, where any ranking is quite incidental.
:) george 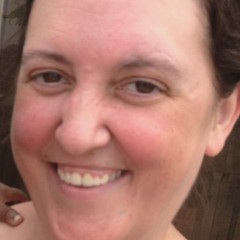