** circular patterns in our mind**

While having a discussion in a blog exchange with another member, we began to discuss the issue of how mindset -- particularly the mindset that causes procrastination -- can affect success.

Some comments I made are repeated below with permission of the orginal blogger.

1 -- There are a lot of people who don't trouble to question themselves. They don't even realize that the patterns they adopt here at WA are holding them back.

One can see these patterns develop as you read across blog posts from the people you are following.

Unfortunately I see it all the time, but if they are not ready for help, they won't ask questions, they will feel comfortable in their comfort zone, and won't succeed.

2 -- Being successful means one is free enough to leave any comfort zone at any time!

If people want to, they can go back and read their own posts to look for clues about some of their subconscious patterns.

3 -- Here's one key practice (called mindfulness) -- when you start feeling like you want to procrastinate, stop, and observe your thought patterns and/or emotional patterns that arise, which are pushing you in that direction.

Something in your ego is trying to protect you from something. We don't know what it is, and it doesn't matter anymore. You don't need protected anymore. Your ego is just acting like a little inner robot doing what it has programmed itself to do.

So, do not act upon any of those thoughts or emotional impulses.

Simply let them pass through you -- and see what happens.

You'll find out some things :) and it may be a wild ride.

I can't predict where it will take you, but whatever you release from this, will now be consciously known to you, will no longer be subconscious and you'll more easily identify the pattern and dissolve it.

4 -- The correction process is self-therapeutic through the practice of mindfulness.

Simply described, it's a matter of focusing awareness on the habit one doesn't want in order to reveal the subconscious structure that created the habit. Then, and possibly concurrently, one can create a new desired habit.

5 - Because it's a homeostatic process being changed, there will be resistance, but the mind/ego cannot resist the force of one's own conscious awareness because of its absolute power. I'll explain this in more detail in my training/blogs.

6 -- Actually, if you want to trick your ego like that, there is a technique called 'The five-second rule' invented by Mel Robbins. There is a book about it, designed to defeat procrastination.

The technique (of Mindfulness) I've described is not about tricking the ego.

It's more about capturing your ego in the act of tricking you, shining the light of truth on it, and dissolving it with the laser beam of your consciousness. Note -- the ego won't stick around to fry like a vampire in the sunlight. It will pop up again, perhaps with a different technique. But each time you catch it, you weaken it.

That is dealing with the old pattern.

7 -- The new pattern is something one has you established that they want. In the case of procrastination, it might be as simple as thinking over and over: 'just do it' and also taking the action.

You decide that new pattern you want, whatever it is, and focus your attention (consciousness) on that habit and begin to embed it in your mind.

Write something…
Recent messages
AlexEvans Premium
We can be the star of our shows and also one of the " job is a job "roadie's all at the same time. It is a kind of caught in the middle situation from the beginning to the end.

Until we make a distinction and start making some observations that take us to the door of change, one of the hardest things can be to barge on in, not waiting for the door to be answered.

Focusing on our mindsets can make the transition, to our better outcome life that much easier to accomplish.

We will never die for our sins past revisiting can definitely give us the vision and motivation to change that mindset to an unbeatable heartset.

I have to agree with you, I see so many folks arrive in WA, that give up way before they reach their finish lines, observation tells me that it is possibly a lifeset pattern that keeps on repeating for them.

The strange thing is that everyone comes looking for a change, in their situation, we see change and success, on a daily basis, many can't transition that change into their own existence.

Slam the car into reverse, back it up a little and start delving into some of those experiences that are the drivers of our current experiences and expectations.

A simple formula but one that with a little effort will definitely shift our perceptions, from being caught in the middle, not being able to retreat or being able to transition forward.

I enjoyed reading your reflections, Marc.

you're absolutely right that creating a new mindset involves exploring and beating a path into uncharted areas of our abilities.

Good analogy as people get stuck in as, you say, 'life-set patterns' that prohibit them from moving through that door.

The best we can do is show people that there is a door -- they have open it themselves!

I appreciate you stopping by! Marc

Reply Like Like You like this
TeamIceCream Premium
Hi Marc
Thanks for sharing this.
Yes, I love Mel Robbins' 5 second rule!
Wishing you an awesome day!
Sharlee (Chocolate IceCream)

Reply Like Like You like this
marchanna Premium
@TeamIceCream
Cool but I'm not so sure that borrowing a trick of tricking is effective in the long-term because it doesn't address the long-term problem. I'd need to look into it more.... cheers, Sharlee!

Reply Like Like You like this
TeamIceCream Premium
@marchanna
No, the problem needs to be addressed, for sure, but counting backwards, helps me to get over that hump to just do it. ;-)

Specifically, I love how you bring to light that not only is it import to self examine, but to also go deeper and analyze the root cause of certain behaviors.

In the case of procrastination, it’s as you mentioned, your brain trying to protect or delay you from some sort of pain. It doesn’t want to disrupt the comfortable state of homeostasis. But to catch your ego in the act of tricking you into remaining in that state is next level.

To have that kind of mindfulness in that very moment is crucial to effect a permanent change in behavior.

Thanks for posting Marc!

Reply Like Like You like this
marchanna Premium
@JeffGnagy
Nice, thanks for taking the time to elaborate! You understand with absolute clarity and I'm very glad it connects in you! Marc

Reply Like Like You like this
marchanna Premium
@FKelso
It's not always an easy thing. My personal experience is that it's easier to work with a smoother canvas than one covered with old paint.

Reply Like Like You like this
RosanaHart Premium Plus
I find WA very helpful in snagging my old unfruitful habits, chiefly due to how I see some people here who have habits I admire.

Reply Like Like You like this
marchanna Premium
@RosanaHart
Yes, it's certain that the mindsets of the successful are on display here at WA! Thanks for commenting. 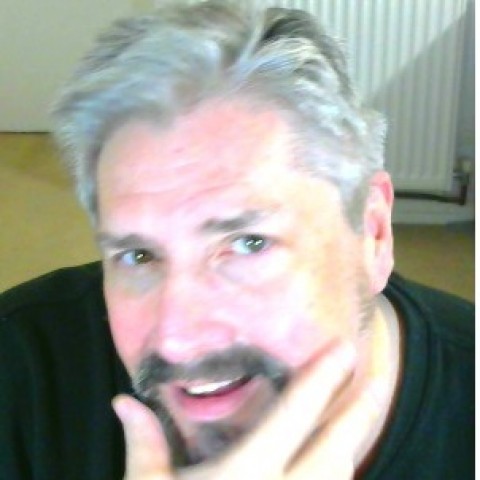