I have been debating to post this now or wait so I don't count my eggs before they hatch!

As you all now by now I am leaving this month and I took my website down !gone! Like one member commented it must have been very hard to do that. "Yes!" it was because I did a lot of work there and I was very proud of what I did. But my consolation is that it is all in my book.

So now I had a lot of time on my hand and thought I would give a good explanation on !WHY!

When I finished my book and came back my ranking had come down from the 28 to 998. But to me that wasn't any big deal it would come back up again. But when I returned I was in fronted with a lot of new Members that where climbing up the ranks very quickly Jeff, Twack, and Hamish i have seen this happen before. And a lot of Newbies that are now ranking in the 200 and up. I wasn't one to worry about ranking because I had no ambitions in this area except it gave be a lot of confidence on where I was at much like monitoring my skill levels.

So now I thought that it was a good idea if my WHY was documented.

For me, it has been the value in the why and I never varied from that why, to stay true to myself. I committed to something and I seen it though. Now it is time to move on.

So I started to post starting with... A Share That is very Personal, then i seen that my ranking was going up, So I thought wouldn't it be nice to make Ambassador before I left. (only a thought) but for some odd reason I told Twack. He thought it was a good idea

I new that I couldn't write everything into one post so I would have to back it up into other posts then I though heck ya I will shoot for Ambassador, but the ranking was going very slowly like one or two points at a time. Much like the answer I gave to Twack. I committed now see it though

What do you think will I make it?

Ok, girl, go for it, you deserve it.
I am slowing down, got other things to do and on my mind. Still in phase 0 in Andalucia, I can only go to the village. It is more than 8 weeks now and it is getting a tic boring.

Reply Like Like You like this
LindaF Premium
@laparra1
I don't know if I deserve it my friend but I am in a bit of heaven right now. thanks for your support it means a lot

Higs, from the south, Taetske

Reply Like Like You like this
LindaF Premium
@laparra1
Not my reason for getting there I did it just to prove to myself I can. Know it's time to say goodby to WA. I made my only debut

Higs my friend back to the drawing board

All the best to you!

I gave you a like to help you on your way.

Reply Like Like You like this
Vickic3 Premium
Hi Linda
I have been an ambassador for around !90 days before I realised my business was falling behind and this is why I came to WA.
Having a trophy is a great feeling but it doesn't pay the bills or make you money, in fact, it is just an achievement and if you want this, keep going and it will be yours but if you going to leave, why bother trying to get this rank if you are not going to be part of the future here in WA.
Also, I see members writing absolutely irrelevant posts here in WA just to get their ranking up and it sticks out like a sore thumb and is totally wrong- Not saying you do this at all but some do and it's ridiculous.
Being an ambassador and helping people with business growth is awesome but posting "crap" or personal posts for the sake of it is annoying a lot of members and it's not just ambassadors who do this.
Sorry for the rant but I have had so many messages from members asking me why there are so many Social Media postings here as it doesn't help anyone and if we all shared personal stuff on here there would be no room for anything else.
Whatever you choose, go well
Vicki

Reply Like Like You like this
LindaF Premium
@Vickic3
I respect your opinion Vicki I just thought that it would be a nice way to finish my time here. I never did ranking for the sake of the rankings and never wanted it I know it will be just probably one day. My post has been for the better good of WA. maybe it is an idiotic thing to do but give me credit for the work that was involved. I really didn't think I would make it in the first place. I wrote on this matter myself.
Linda

Reply Like Like You like this
Vickic3 Premium
@LindaF
Absolutely Linda and I know you will make Ambassador and who knows, maybe it will make you stay with us longer and build bigger online.
I hope so because you have a lot to offer members here in WA
You rock!
Vicki 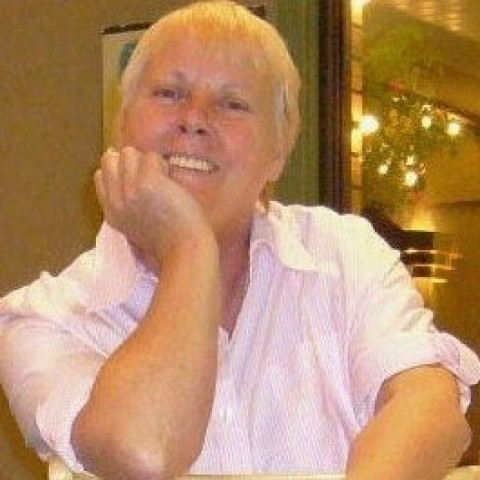