Last Update: February 09, 2013
I signed up for Wealthy Affiliate one week ago today, and wow, it has been a productive week.

Normally I write part time for Demand Studios (eHow, etc.), which is decent work but I'm always looking for new markets in case that dries up. That's how I stumbled across the WA website.

It's pretty much understood among writers who work for content mills that we would be better off running our own niche websites, and I actually knew quite a bit about the process already. I was familiar with SEO writing, social marketing and blog design. The thing is, there's a lot of risk and a lot of time overhead involved, so it was always really hard to get started, especially because I have two young kids and not much free time.

Anyway, I clicked on the WA link and signed up for the free program. Why not? I'm broke, and I'll try any crazy idea at least once. Half an hour later I was building my first content website. I stayed up way too late, and before morning I had decided to subscribe for a month to check out the premium resources.

So far, I've made good progress. I finished certification courses one and two, and am currently more than halfway through three and four. I built, designed and optimized a website. I created some content (about 15 pages total), published and promoted it as described.

So, how am I doing? Well, my website is listed third in the Google results for my primary keyword phrase. I started tracking my site stats two days ago, and they quickly increased from 8 to 15 to 33 unique hits. My rank on WA also rose much more quickly than I expected, from over 100,000 when I signed up to around 500. I've worked through a lot of the material and I have to admit that I've learned a ton, despite my previous experience. More importantly, though, having a step-by-step program and community like this made it easy for me to get motivated to do the things I knew I should be doing.

But...and this is a big deal...I don't think I've made a single cent yet. I know this is a long game, but I'm not sure how long I can afford to pay for a premium membership on my current content-writer's wages. Also, I've had website traffic better than this before, though not nearly so quickly. What I haven't done is convert it to any significant income. While I don't expect a big payoff quickly, I do hope to see some income in the next three weeks, so I can feel justified in subscribing for another month.

Will it happen? I'm not sure, but I will let you know how my second week goes soon.

Write something…
Recent messages
nickpapa Premium
Wow, congratulations on the speed w/ which you implemented a lot of the things you've been learning. With that kind of drive & commitment, you'll definitely do well. I look forward to hearing about your progress over the next few weeks. Good luck!

Reply Like Like You like this
mission0ps Premium
Great I love go getters .. and please do ask for any help even if it's a pair of eyes and an ear to listen - keep going you'll get on the good foot soon enough I can feel it!

Reply Like Like You like this
BIS Premium
Congratulations. You have done a huge amount in one week and should be proud of your achievements. You say that you understand that it is a long term game - which means you either find a way to pay for premium membership or you revert to the starter membership and access some of the other training materials available. The time span in which people start to make money varies. 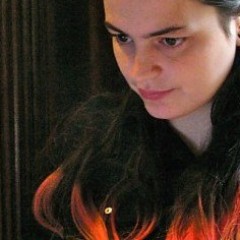