Age Discrimination in the Workplace?

I never thought it would happen to me.

My unemployment is about to run out, and the only work I can find is substitute teaching for $85 a day. My district won't allow me to work more than 4 days per week because they are terrified they might have to offer me health care benefits. My paycheck is less than my unemployment benefit by $17. What the heck happened? How did I end up here?

I waitressed my way through high school and college, and graduated with a BA in English in 1979. (That's right, little hiring manager, I'm pushing 60.) My first job was in marketing. I moved into advertising and worked for two of the top agencies in the country. Four years later I landed my dream job as a writer for the team that brought you Care Bears, Ziggy, Strawberry Shortcake, and Madballs among others.

Then in1990, I gave birth to my first daughter. A year and a half later I had another. Talk about life changing!

I became a freelance writer, and it was lucrative until it wasn't, and I needed a more steady income. So I became a bookkeeper. Then a part-time editor. Then a teacher.

Then came the layoff that killed me. I was 51.

I'd been laid off before, and wasn't especially worried at the time. I made ends meet with subbing and the odd catering job, but I never dreamed it would take me another 5 years to land a full-time job. Three years later, and I'm laid off again.

I feel like I'm wasting my time to even try anymore.

In the last 6 months I've spent literally hundreds of hours applying for jobs, filling out page after page of online applications, writing unique cover letters, tweaking my resume, and all to no avail. I've seen jobs from which I've been politely rejected posted and re-posted by the same companies. And I get no response at all from organizations that shout about their fun work environment.

They don't want me.

I mourned. I dyed my hair a hopeful blonde. I wrote sarcastic thank you notes in response to their rejection letters (most of which I did not, repeat NOT, send). I went for days with the phrase “F#$% You” running on a continuous loop through my brain. I wept bitter, fearful tears. And finally, I decided I'd better get on with it and figure out what to do next.

I had to get creative.

The one constant I had going for me in my professional life was writing. Nobody cares how much gray hair you have, or that your hip hurts when it rains if you're feeding their eyes with good information and a well-turned phrase. I started searching for writing jobs, and that's how I found Wealthy Affiliate.

Of course, I was skeptical!

Google “writing jobs” and you'll see half of the returns are about writing scams! I was very lucky however, to stumble upon one particular site that laid it all out in a way that resonated with me. I left a comment, and lo and behold, I got a response! From that exchange, I felt reasonably sure that maybe, just maybe, I might actually be onto something worthwhile.

Was I ever wrong.

There's no maybe about it. Wealthy Affiliate is exactly what it claims to be: a training platform that teaches you how to build and monetize your very own website. I get to write about what I want, make some money, and let my hair go gray again. The community consists of the most helpful people I've ever met – they actually want everyone to succeed, no holding back, no competition. If my age has taught me anything, it's that that kind of giving is rare in the workplace.

Age discrimination is hard to prove, but I'm sure it exists, and I'm just as certain my age has been held against me by numerous employers. I just don't care anymore. I'm on page 1 of Google for three of my keywords, and I never could have done it without WA.

Blessings to you all!

Write something…
Recent messages
pparadise Premium
Great story and you are awesome. Thanks for sharing.

Reply Like Like You like this
CyntWinl Premium
You Rock! Go knot them down! More people need to take their life into their own hands. WA can help people do that. I joined to get off of disability. Crazy government scares me.

Reply Like Like You like this
lgobeille Premium
@CyntWinl
Yeah, someday I'll write about what I had to go through with unemployment when school closed for spring break for a week! Thanks for your comment!

Reply Like Like You like this
HarveyBrown Premium
Dwl, Laura, yes once you get over 50, jobs become hard to find unless you were a Middle Manager and will work through an agency.

Reply Like Like You like this
markr0675 Premium
Laura,
In many ways I know exactly what you mean here. It can be depressing. I joined WAfor the opportunity to find "something " to help secure my and my wifes financial future.

I appreciate your story here and Glad to hear you too found Wealthy Affiliate as an opportunity to break free from the unfair mediocrity.
Cheers to your unlimited future.

Reply Like Like You like this
Dmorrow Premium
Way to go Laura! Yes, age discrimination does exist in many areas of our culture today. It's nice to hear from others who have found a way to overcome and move forward despite that. 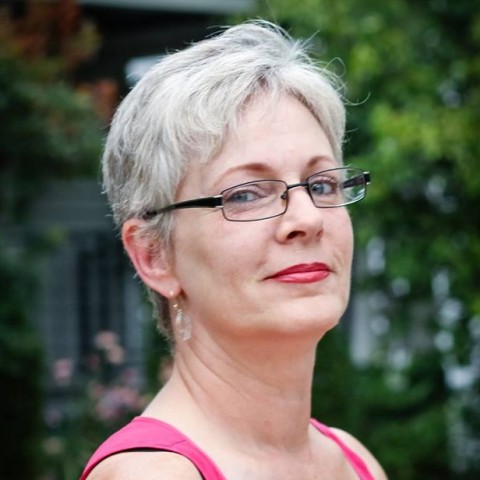