Just thought I'd write a little about an experience over the weekend (Dec 5th, 2015)

I guess most people have heard of McDonald's? The one's with the big gold arches and hamburgers? Yes?

I guess most of you have heard about Ronald McDonald? The yellow and red clown?

So I guess that means MOST of you have heard about Ronald McDonald Houses...

On Saturday, the new Ronald McDonald House in Nedlands (Perth) Western Australia had their opening day. I was one of a team of 8 who provided a welcoming meal to all the people who came through the house. We set up our marquee on the coldest December day on record, (16 degrees Celsius - keep in mind that December in Perth in Australia is averages between 30-37 degrees....that's over 100 degrees Farenheit for you people who still use the old scale)

It was blowing a force nine gale and we had to weight everything down to stop it all blowing out to sea. At one stage we had people running all over catching serviettes and paper cups.

But how much fun was it!!! We served over 200 'hotdogs' with bacon, onion and sauce plus drinks (juice, water, tea, coffee, hot chocolate) to dozens of people who all came to see the new house. It has been built at a cost of over A$22 million, mostly funded by the generosity of the millions of people who put their small change into the RMH boxes on the front counter when they buy their burgers and fries.

Now I'm not a fan of McDonald's food. I love the stuff - it's horribly addictive (especially the hash browns) but it's also pretty bad for you! The salt and sugar content, to say nothing of the fat, is not designed for good health! So it's kind of ironic that the RMH foundation provides home-away-from-home living for thousands of families of sick children.

The new RM house in Perth is mind-blowing. 5 stories high, with motel-standard living accommodation, plus rec rooms, play rooms, school rooms, gym, lounges, kitchens (more about that in a minute) laundry (to die for!) all designed to make life just a tiny bit easier for the families of children who are terribly sick.

One little guy, who came along with his parents and little sister and got a hotdog, told us quite happily that he is 'in remission, 3 years now'. His parents were almost in tears over the new house and what it is going to mean for the families. Their little boy was 6 months old when he was first diagnosed with leukaemia and they spent months living at the old RMH while he was in hospital.

If you want to see the new house, have a look here.

Now there's just one other thing I'd like to mention regarding RM houses around Australia and probably the same around the world.

They are staffed by volunteers. Except for the full-time administrators who do the most amazing job, everything else is done by vollies. One of the most incredibly moving experiences is to provide the evening meal for the families. Every night, a different group of people - business groups, private groups, families, church and sports groups etc - cook and serve the evening meal. In Perth, you need to contact RMH and they will be pleased to add your name to their volunteer list. If you don't feel up to helping with meals, there's a 'Home Baking' option where you can get a group of friends together and go and cook 'goodies' for snacks and morning teas. Or there's just the on-going need for help with gardening and general clean-up. If you've never volunteered for anything before or you'd like something different to do - call the Ronald McDonald House in your city and see if there's something you could do to help this truly mind-boggling charity. You never know when you or someone you know might need them! 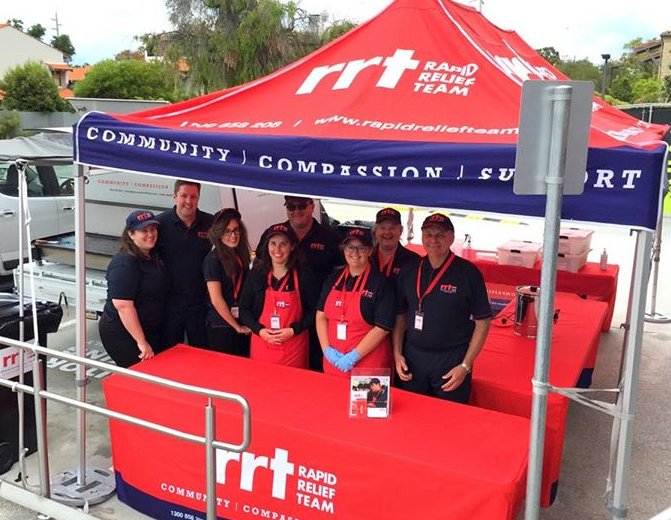 Here's us guys - all finished and just about to pack up and go home - 200 hotdogs later! This photo was taken by the RMHC Perth house administrator, Nadine for their FB page.

P.S. I need to add a quick update - we shouldn't forget that many businesses in Western Australia also helped to fund this amazing new house including but not limited to: BHP Billiton, Fortescue Minerals Group and Rio Tinto. Without them, I think RMHC would be hard-pressed to have raised the necessary funding. It is truly a community effort.

Write something…
Recent messages
MarionBlack Premium
I like Maccas hash browns, coffee, thick shakes and fries but not the burgers. Thanks for caring and sharing Ellie :)

Reply Like Like You like this
kennick2015 Premium
Great post and there's no doubt about it RMH do a fantastic job for the children and their families. And as you say it's mainly funded by the patrons who leave their loose change. I agree with Duncan the coffee's not too bad now! Congratulations on volunteering for such a worthwhile cause.

Reply Like Like You like this
LED63 Premium
@kennick2015
Hey there! It was so much fun talking to all the people - many of them have lived at RMHC houses over the years. They are the ones who are inspiring. We just got to have a heap of fun making hotdogs and coffees (better than Maccas if I do say so myself!)

Reply Like Like You like this
SaulGold Premium
This is a very worthwhile and uplifting blog. Thank you for writing it. Too many people are not aware of the great charities funded by companies and helped by ordinary people.
Thanks again,
Saul

Reply Like Like You like this
LED63 Premium
@SaulGold
You're right Saul - in fact - I typed this up really quickly this morning before I rushed off to do something - and I need to update it to include the other companies who helped to fund this amazing new house - BHP Billiton, Rio Tinto and Fortescue Minerals Group - all companies that we Western Australians are more inclined to associate with mining and 'Big Business' than charity. Yet these same Big Businesses donate millions of dollars every year to worthwhile causes.

Reply Like Like You like this
Sheila50 Premium
We have an RMH about 1/2 hour from our home in Halifax, Pennsylvania. The house is not very big but still does a great thing for families that have children at the Hershey Medical Center in Hershey, Pennsylvania.
I just think any volunteers that help out at the houses are excellent and should get praise.
Thanks for sharing this information for others to learn about the great things The Ronald McDonald's Houses do!
Sheila

Reply Like Like You like this
LED63 Premium
@Sheila50
Thanks Sheila - it's a lot of fun too. And makes you thankful that your own kids were mostly healthy!

Reply Like Like You like this
Funkydunc208 Premium
Great article. RMH organisation do help out a lot of sick families. I think it is ironic that McDonalds fast food is supporting that but the menu has changed over the years, heading a little more down the healthy road. McCafe's now have fairly good coffee at their Australian locations. 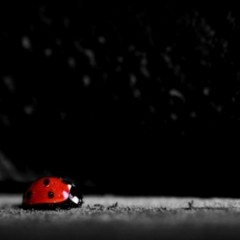