As the Coronavirus is spreading and causing more panic and knee jerk reactions throughout the world, I thought I would share my personal experience with you.

I live in Italy, Rome to be exact, and as I am writing this, it is less than 72 hours since our Prime Minister put the country in a "lock down" position. It has already been almost 2 weeks since all schools and universities were closed in an attempt to stop the spread of the virus, and after the northern parts of the country had been "locked down" as well. But as the confirmed number of cases continued to rise, more measures were put in place to prevent the spread of the virus.

The closure of schools and universities had already impacted the lives of thousands of people, but now more severe measure were put in place. All museums and cinemas are closed, no public gathering of people, so no live music events, no sports events (imagine football matches) being played with spectators and many more.

We now have the added senarios of bars and restaurants that can only be open between 6h00 and 18h00. In Italy, as in many other mediterannean countries, dinner is not eaten until after 8, often much later, in the evening, so restaurants do not open before that. So now restaurants have to close before they can even serve their customers. An absolute nightmare!

Imagine trying to go for dinner and you have to eat at 5 in the afternoon? It's not going to happen.

With the new measures it also means that very shops can be open. Only those selling food items (for humans or animals, so yes pet shops that sell pet food) and pharmacies can remain open. But only a limited amount of people are allowed to be inside at the same time. One of the main criterias is that there needs to be at least a meter between people.

So the reality is that when you go to the supermarket for your daily or weekly shop, expect to wait and queue outside before you are allowed inside. Security guards outside the entrance to the supermarket will control the amount of people that can enter. They wait for customers to leave, count how many, and then allow the same amount to enter.

After nearly 25 minutes I could enter the supermarket. The first stop was wipes supplied by the supermarket to clean the handles of the trolley (well, you already got is outside so it was actually too late, but a nice thought in any case). I was wearing gloves in any case (and yes they were my winter gloves) A somber atmosphere hung over the whole place.

But, the shelves were well stocked, apart from eggs and chicken, and surprisingly enough, normal salt. I could get pink Himalyan salt, exclusive lake salt, obscure other salt, but no straight forward, everyday salt.

This of course might change over the course of the next 3 weeks while we are still in lock down, but I think it is important to stay positive and take as may precautions as possible to prevent the spread. That means washing your hands with soap as often as possible and avoid physical contact, maintaining a meter distance from people that you do not know.

Thankfully at this point, although it is a financial nightmare for us, it is nothing compared with those whose health has been affected by it.

Write something…
Recent messages
CarolMeador Premium
Thanks for this first hand report. It is very interesting and helpful. I really appreciate you sharing this post.

Reply Like Like You like this
Specialk3749 Premium
Wow...it isn't that bad here in the US yet. The Universities in our area and K-12 schools were ordered to be closed starting Monday. Stores and restaurants are still open (at least I think they are). My husband went for toilet paper yesterday and found a very minimal amount on the shelf and soon afterward it was bare. I suppose it is going to get worse!

Any advice on things I need to stock up on when I get the chance to go to the store?

I'm glad you are not sick! Stay safe,
Karen

Reply Like Like You like this
LCowley1 Premium
@Specialk3749
I think it is important not to go into panic buying. If you are worried about going out, then possibly milk that you freeze or longlife and maybe dry pulses, pasta and rice. I think it is more important to avoid contact, open doors with your elbow in public places and wash your hands when you have been out. Also wear disposable gloves when shopping or out.
Stay healthy

Reply Like Like You like this
Specialk3749 Premium
@LCowley1
I don't agree with the panic buying! I just came home from the store and things are crazy. If people would buy just the normal amount of things, there would be plenty for everyone.

Reply Like Like You like this
NnurseBecca Premium Plus
I imagine that is a strange experience to go to the store like commissary. And do you by chance find any grey poupon or lysol wipes?
I'm glad to hear your not sick. I'm on a false quarantine but thankful for the blessing of extra time with kids

Reply Like Like You like this
LCowley1 Premium
@NnurseBecca
My local supermarket basically had everything that I needed, although I know that other areas didn't have hand sanitizer 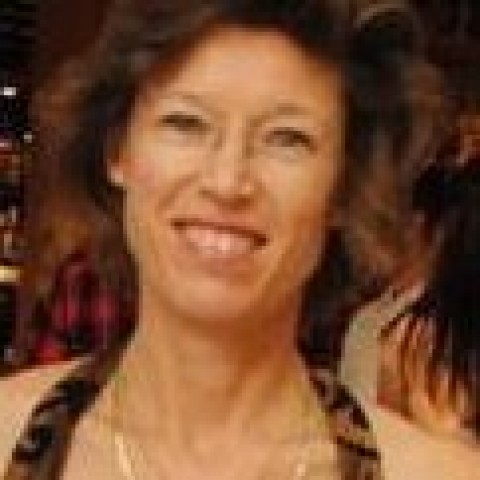