Hey guys! Lots to share, but business first as I know some of you don't like the touchy-feely stuff...

After weeks of having no orders on InfusiasmStore.com, all of a sudden I had one. I almost refunded the money and told the lady I had gone out of business. I had given up.. wasn't excited anymore. No new blogs, hadn't been trying to drum up business. I was even a little frustrated because she ordered several different samples and that meant I had to make whole batches just to send one ounce of each flavor.

But I decided that she was giving me a chance and she wanted to try my product, so I filled the order...

All of a sudden I am getting orders - 25 tonight. Tons of samples, which I now think is awesome! I have FINALLY gotten the attention of the Trim Healthy Mamas!!!! Last time I looked, their Facebook page had over 94k fans. I have said from the beginning that if I could even capture 10% of that market I would be SET. And now I have 25 chances to get people interested, to get more people to spread the word, to get repeat customers! I am over the moon! And a little gobsmacked.

So now for the touchy-feely stuff...

I had to have emergency gallbladder surgery last week. Started feeling very sick and couldn't get comfortable on my back, my side, my stomach. Blamed it on the hcg... having to eat so much the first two days, adjusting to the hormone... Was running a little fever and ended up puking on Sunday. Wednesday I decided to go to the doctor - and time after time I got lucky in soooo many ways guys...

Until two weeks ago I had no health insurance. Mike's new job reimburses us for the majority of a monthly premium so I went ahead and got it. After I found out that reimbursement didn't start until after 90 days on the job I *almost* cancelled it and waited... but I didn't. AND, we normally don't go to the doctor, so I considered the $5,000/person deductible but ultimately chose the $2,500/person deductible. So lucky.

Called the local doctor and they had an opening right then. I'd never been to their office before. And the pain was always worse at night so that morning I didn't feel tooooo bad driving into town. I had already determined that it was most likely my gallbladder, but they confirmed that there seemed to be something going on and sent me across the street to the hospital for an ultrasound and bloodwork. They worked me in, and I was probably gone for less than two hours.

At that point I figured I probably had to have surgery but didn't think it was imminent. Mike was scheduled to fly home on the 9th and while I didn't know if I'd be up to picking him up at the airport (hour and a half drive), at least if I needed to have something done he'd be home... but... then I got a call from the doctor. Bad news, she said it looked like I had gangrene in my gallbladder and needed to have emergency surgery, that the doctor at a larger hospital was expecting me and it needed to happen that night or the next morning.

So I got hold of Mike and asked him when he could come home. His company was absolutely amazing. They got him a flight out the next morning. Had I gotten the results earlier they would have had him on a flight that afternoon but there are only two a day. AND they picked him up from the airport, gave him a work truck to bring to the hospital and they retrieved it so he could drive my car back.

I boarded Daisy Bear and Mr. Bo-Bo at the vet and drove to an hour to the hospital - they admitted me before the guy with an open wound that had soaked his shirt with blood. Things slowed down from there... they said the scans were unclear and they didn't think it was gangrenous (which helped calm me down) and scheduled a CTscan. I waited about three hours for that... but about 15 mins after that scan they came and talked to me about surgery, and probably 30 mins after that I was in the OR having my gallbladder laparoscopically removed.

I ended up with a private room. I slept most of the first night thanks to pain meds. First good sleep I'd had in a week. Mike got there the next afternoon. I sent him home because he'd had a 12 hour flight and the recliner in the room didn't look comfortable... I was sleeping anyway. He picked the dogs up the next morning and then I was released at lunch. Spent two nights in the hospital and they sent me home with a drain still in, had that removed on Monday (not pleasant). Have just been resting since then, doing a little here and there but generally being lazy.

I had to quit the hcg, and at first I was upset because I spent money on it, was ready to lose the weight, had my meals all planned and my food all portioned. But in the end, the hcg probably saved my life. I had a friend who died a couple of months ago and it had to do with her gallbladder. The hcg can cause gallbladder complications, and I didn't expect it to because I've never had any pain or symptoms that I knew of. I'm not sure how... because the doctor said mine was one of the worst he's seen... it was rotting... it was full of stones... it was three times the size of a normal gallbladder. If it had gone unnoticed for much longer - I don't know this but it seems plausible - I could have ended up like my friend. After he told me mine was one of the worst he'd seen, he told me about a lady whose gallbladder had died and was starting to work its way out of her abdomen. So I don't know if that means she was the worst and I was next?

AND, my hormone results came back... all low. After two decades of practically begging for thyroid meds, I didn't even expect them. But I unexpectedly got them because apparently (and I never knew this...) I have PCOS. So I have low thyroid, insulin resistance, I wasn't ovulating (which explains the infertility) and my hormones are low. It explains a lot. I just don't know why no one ever diagnosed me before... So... in all likelihood, I will lose weight now that I'm on medication to fix what's wrong. It's so vindicating because I know no one believed me when I said no matter what I do I can't lose weight... no amount of exercise... no dietary changes seemed to help.

So as you can see... I've had a busy week... and it's been good. Yeah I had surgery, yeah there are going to be bills, but time after time I got what I needed and things fell into place. Whoever has been praying for me... it's starting to work!

Write something…
Recent messages
MarionBlack Premium
Great news about infusiasm.com I hope you get lots of orders for your products.

About the touchy-feely thing, I found this on the web http://www.webmd.com/women/tc/polycystic-ovary-syndrome-pcos-topic-overview Sometimes understanding what's going on can help. ~Marion

Reply Like Like You like this
kleblanc13 Premium
@MarionBlack
28 and counting! And the lady is so excited that she wants everyone to know so she's going to keep posting so the posts are at the top of the queue. She's awesome.

I will look at the link, I haven't been able to find much about it except for some symptoms. I am just amazed that I'm almost 42 and this is the first time anyone has ever even mentioned it to me much less told me I have it. Especially amazed since we attempted a round of IVF and they ran all kinds of tests.

Reply Like Like You like this
kleblanc13 Premium
@rwagener
Yeah... just goes to show... I almost turned away the person who may have saved my business.

Reply Like Like You like this
jazminf Premium
Sorry to hear about your surgery, but I'm happy you're okay. Congratulations with the sales Kristy, I knew it would only be a matter of time. Your persistence paid off, that's so awesome:)

Reply Like Like You like this
kleblanc13 Premium
@jazminf
All in all I consider myself to be very lucky and my head is spinning.... I'm up to 27 orders and it keeps growing. And I have a lady asking about wholesaling in Canada... I don't even know where to start but there are some issues I would have to work through in order to even entertain that proposition... but wow... it's on the table...

Reply Like Like You like this
montewolfe1 Premium
Congratulations on the sale. I hope you are bearing up well after your surgery, good new about finding the PCOS...good luck and good life, may you have both.
Monte

Reply Like Like You like this
AZechinato Premium
So happy you are feeling better. Hey and congratulations on your sales! That is awesome and inspiring news.

Reply Like Like You like this
kleblanc13 Premium
@AZechinato
Thank you! I'm a little overwhelmed by it and hope I make good use of this opportunity. 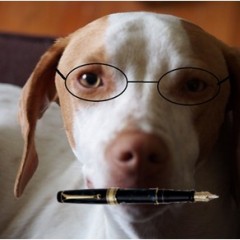