We've just had a general election here in the UK, and one of the "hot potatoes" that each of the parties have been swearing to protect, (because it gets them votes :-)) is the people's "Jewel in the British crown", the national health service (NHS). For part four of "Playing With Words", here are some whimsical thoughts that I've picked up, from here and there.

The Royal College of Nursing has weighed in on Prime Minister David Cameron's health care proposals for the National Health Service.

The Allergists voted to scratch it, but the

Dermatologists advised not to make any rash moves.

The Gastroenterologists had a sort of a gut feeling about it, but the Neurologists thought the Administration had a lot of nerve.

The Obstetricians felt they were all labouring under a misconception.

Pathologists yelled, "Over my dead body!" while the

The Psychiatrists thought the whole idea was madness.

The radiolgists could see right through it.

The Surgeons were fed up with the cuts and decided to wash their hands of the whole thing.

The Ear Nose and Throat specialists didn't swallow it, and just wouldn't hear of it.

The Pharmacists thought it was a bitter pill to swallow, and the

Plastic Surgeons said, "This puts a whole new face on the matter...."

The Podiatrists thought it was a step forward, but the

Urologists were pissed off at the whole idea.

The Anaesthetists thought the whole idea was a gas, and the Cardiologists didn't have the heart to say no.

In the end, the Proctologists won out, they said leave the entire decision up to the ass holes in Whitehall.

Write something…
Recent messages
Iceichi Premium
Was just wandering how you sort of link it all together and place them in one piece. Really interesting.

Reply Like Like You like this
dickw Premium
Hope you are feelin' better.
Sounds like Whitehall and Washington have a great deal in common. We also have a number of staggeringly untalented folks in all three branches of what curiously passes for government.....Dick 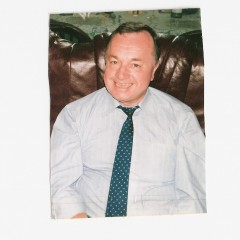