I once felt writing content somewhat a chore, but that has all changed.

I have to admit I use to find the thought of writing content a little daunting . As many of you know I had a plan to not go after affiliate programs until I had 30 posts written. I am now on 32 and have started doing the affiliate stuff.

I really thought this would be great and would give me a nice little break from writing content but I was wrong and would like nothing better than to write content. I actually have started to feel writing therapeutic.

I'm slightly overwhelmed at the moment. Firstly I had loads of refusals but then things got better when I got enough programs to cover all aspect of my site. But now I have so much work to do and don't know where to start.

I don't know whether to just do a little bit per day and fit in writing a post per day as I always have done. Or should I take in for a few days straight and do a bulk of the work.

Apologies, a little overwhelmed is a major understatement.

You are Fire Bro! Just working too much on you site. I hope i not sensing making money because this will happen when you start reaching you audience
This is my opionion: Seo. Yu can submit articles, start building relationship through the social network sites.

You want to capitilized on your writing.

Tip. Guess blogging- - I heard that this is a good driving traffic source.

I have submit articles before, they are good for building page rank.

I have never use all methods of promoting myself but i am learning more and doing more social communication.

I hope to build my communication skills so I tell others to do what i might see feasible.

You need to writing post and content and publish on social media. It is the way of free traffic, and once you build up you follower, you can easily see how you will promote your offer/product.

If you write, it is a good compliment to info business.

My guess is: you probably need to take a break from one area that is getting too overwhelm, like reduce your writing by an hour and use that same hour to chat, answer Q. or just listen to the training again.

...keep pushing your content. There is a lot of promise online. The business you do, can only exceed, if you believe.

It seems like you are power-up and ready. No stopping u now.

On the topic of promoting your affiliate offer, I want to reflect on that later, and since I am in your network - I expect to read more on your post and topic,

Reply Like Like You like this
MarionBlack Premium
Well Jason, you've already made your 'To Do' list so take a break, smell the roses and tackle the jobs one at a time. After writing your 30+ posts you've earned a little rest and some time with the family. Someone once said that you eat an elephant one bite at a time. ~Marion

Reply Like Like You like this
pinkabella Premium
Congratulations you do have a lot of work ahead but that work then paves the way to success and success is money. Keep doing what you are doing it is working for you. It also gives us newbies encouragement to hear success stories thank you for sharing.

Reply Like Like You like this
onlinejim Premium
Jason. Well done. Personally, I think you should keep doing what you are doing . You now have 32 posts. Obviously you started with one. Small cumulative steps!!

Reply Like Like You like this
TheOldSilly Premium
Set up a daily regimen which includes your goals and business plan to achieve those goals, with all your relative tasks prioritized in order of importance. Or you could set up a weekly plan doing the same thing, if you want to devote larger chunks of time to each task at a time. This will ensure that everything that needs to get done is getting done, in orderly fashion.

But it is good to see you developing a passion for writing content. :-) 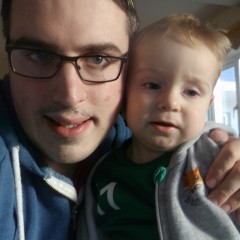