I'll keep this short. I know how precious our time, energy and attention is. I appreciate that anyone takes the time to read this and understand.

A young friend of mine, Asher Brown, 13, decided to kill himself on Thursday, September 23. He was being bullied at school. Other kids kicked him down the stairs, kicked the books out of his hands when he went to pick them up, and called him all kinds of names.

Asher was a small kid for his age and he had a quirky personality, that set him apart. He was very sweet, tried to make his friends laugh and feel good about themselves, and was a go-giver type. He didn't deserve his fate.

Asher's memorial service turned out a lot of people, and there's been a call to action for anyone, parents, teachers, and other students to speak up when they witness an act of bullying at school.

As a last note, I think it's important to take any anger or negative emotions and use them intelligently and productively in the struggle against abuse. It would do no good to retaliate with violence or hostility.

Write something…
Recent messages
reefswimmer Premium
Thank you truly, for posting this terribly sad event. I have read some news reports about Asher, the conflicting claims of parents and school personnel etc. But when you posted here for us to read, somehow it all became more personal, felt closer to me.
Bullying hurts the bullies too. I would like to see more parents understand that. If they realized what is happening in the psychological development of their kids who bully, maybe at least some parents and school personnel would jump into action.
I realize that those of us who do IM , particularly article marketing, may be able to educate/influence a bit. I know I can do my bit, and thanks to you making Asher feel very close, I commit myself to doing exactly that.
Diane, reefswimmer

Reply Like Like You like this
dec944 Premium
My heart hurts for the family and you, his friend. When I was little it was "boys will be boys" and "you know how kids are". Enough is enough. We have got to stop this cycle of bullying. Mature adults have a duty to protect those who are vulnerable whether they are smaller or weaker or frail or gay. We cannot let this go on. We must give a voice to those who feel they have none. I wish your friend had understood there were people who loved him and they would have been his voice. These kids feel so desperate, even when they do have so much love around them. May his family and friends someday find peace with this evil.

Reply Like Like You like this
kirsar Premium
I'm so sorry - children can be so cruel. Both of my children suffered from bullying at school and I kind of blame myself in a way. I did what I thought was the right thing and told them not to retaliate, not to lower themeselves to the level of the bully's and to follow the right procedure and tell the teachers or someone in charge. It never made any difference and as a result my children do not have good memories of their time at school, although thankfully they obviously never felt quite as desperate as your young friend.
I honestly now believe that I should have encouraged my children to stand up for themselves and wonder if that is the way forward.
When I was at school there didn't seem to be this awful insidious bullying and cruelty - certainly not to the extent that it is now. But to be honest, any bullying that took place was usually sorted out by a quick fight behind the bike sheds - which isn't the best answer, but which seemed to stop the nastiness from escalating (in most cases).
I don't know - it's difficult to make the call as a parent, but I know that my own children did not benefit from the advice I gave them.
My thoughts are with the all the family and friends of Asher.

Reply Like Like You like this
idm Premium
There's an investigation in progress on the school's part, and I don't know what exactly the parents had done but they claim to have contacted the school in many ways about it. Emails, phone calls, visits to the school apparently had no effect. The parents and school's stories don't match up. I think the truth will come out soon though.

Reply Like Like You like this
jatdebeaune Premium
I'm devastated. Question: why didn't the school and his parents step up to the plate when they saw that he was being bullied? If it were my child, I'd kill anybody who hurt him. I know that's not evolved, but I would. 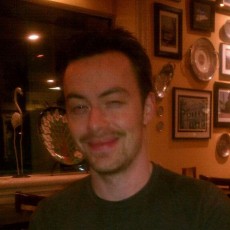