YOU Were Born to be Wealthy - Part 4

"You can make positive deposits in your own economy every day by reading and listening to powerful, positive, life-changing content and by associating with encouraging and hope-building people." - Zig Ziglar

You Have an Enourmous Power in You!

Does this really work? Yes it does! Pam and I have proven it over and over again. We have learned to plan things and expect they will show up because we think about them, feed the ideas, and expect them to eventually show up.

Our Best Story of How This Works!

Before Pam and I were even married back in 1989, in the mid eighties we had an activity that we always enjoyed doing. We would go look at RV's and dream what it would be like to own one. We wanted to travel the country and operate a business that would allow us to right off travels because we were doing so with a business purpose.

In my mid-twenties I a came across a company called Amway. It is a network marketing company that seemed like it would take me to my goal of bulding a business and traveling to visit my fellow business partners.

So, I started dreaming what I would do with all that money I would make in my business. When Pam and I would go to these RV dealerships, I would sit in the drivers seat and imagine what it would be like to see the view changing in the windshield as we traveled with our home on wheels, visiting places we wanted to go, traveling in comfort, and always having our home with us wherever we went.

So how did I feed the dream? By sitting in the RV and imagining what it would be like, and by bringing home brochures to put on my dream board. I continued to feed the subconscious mind to plant the idea that this would be possible in order to attract that RV to us.

We spent a few years in Amway and eventually left the organization knowing that we had learned a lot, but this was not going to be the vehicle to get us where we wanted to go.

We kept working hard, never giving up the dream of extended travel around the United States in an RV. As far as a business was concerned, by the time I reached the early 21st century, I had run several businesses and was well on my way to the reality that our RV would show up.

In 2002 we rented our first RV and went on a 3,500 mile vacation. It was awesome! It was everything we dreamed it would be. Just one year earlier we had finished building our dream hime in the mountains of Colorado. When I got home from that first trip I told Pam, "lets sell the house and get the RV." She said, "wait five years and if we don't finally have one them maybe."

In the next five years we rented five more RV's and traveled all over the country. These were trips of any where from four to six weeks at a time. They totaled up to around 35,000 miles of travel in the six years we rented RV's..

Are You Seeing What Was Happening?

By 2008 we made a business decision to move from Colorado to Florida. We kept the house. While sitting on the beach one day, an RV made its way into our consciousness. It was relatively new and being sold at an amazing price. We had looked at it a few weeks earlier but it was more than we wanted to spend. That day on the beach I was searching online and saw the price had dropped to where we wanted it to be.

I called the dealership and told them if they could make the deal happen we would buy it. They did! That started our full time RV life in late 2008.

By early 2014 we had found a new business and to make a long story short, now we travel the country, meeting people and operating our business as we go, and take the tax deductions because of the way we have structured our business.

So, How Did it All Turn Out?

Back in the mid eighties we were imaging a business that would allow us to travel in an RV and see the country. Did that happen? Yes, in fact I have multiple streams of income, one of which comes from WA! 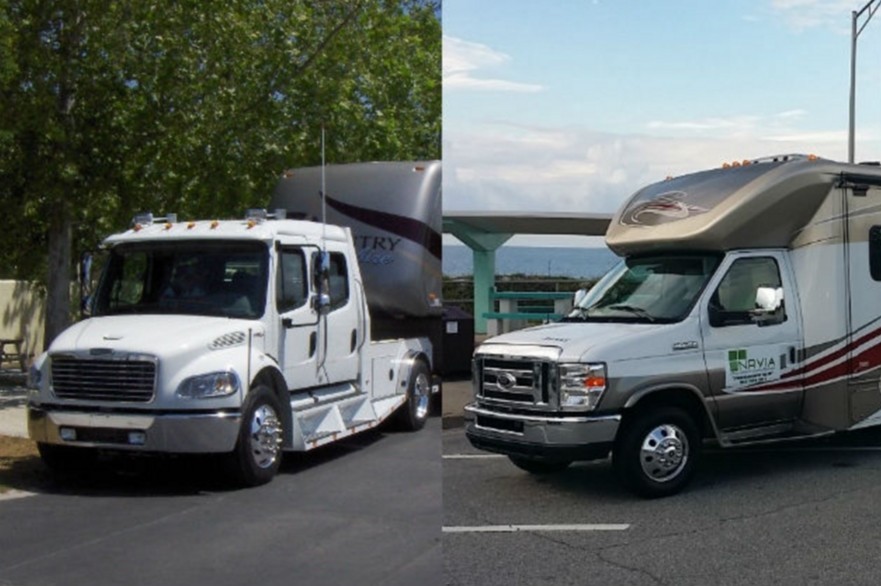 Now instead of imagining what it would be like to travel in our own RV, we have had two in the past ten years, and number three may be on the way.

Does the Law of Attraction Work?

What do you think? Did Pam and I put focused energy into our dream of RV travel? Did we have RV brochures that we spent countless hours looking at? Did we rent one to try it out and further feed the dream? Did we inject emotion into the achievement of the dream? The answer is yes to all of them!

Did it Turn Out Exactly as We Planned?

The Moral of the Story!

Dream! Dream Big! Make what you want so real that you can visualize it so it becomes part of your subconscious mind. That activity will help to lead to actions that will help to attract what it is you want to you!

Our story is just one perfect example of this principle at work. I think it happens to be the best one in our lives.

So, know that you were born to be wealthy, in whatever you see that is for you. Go pick up those dreams you may have put aside and go make them a reality. Put this into practice and you too will be writing about your successes!

Write something…
Recent messages
JonLake Premium
Hi there @HowardJaros and Pam.
Wow! What a fantastic post. My wife Debbie and I are 100% into visualisation so it is so amazing to find others who have the same mindset.
We are regarded as a bit wacky and 'out there' in our circles so it is doubly great to read this from you guys.
We have our dream house in the town we live which has been on the market a couple of times but is currently being run as an AirBNB property as the owners never got any offers.
We have the real estate brochure for the house and we go and sit outside it almost every week just to soak up its vibration. It makes the visualisation real and we believe the more you can feel it the more it will become yours.

We also have our dream day/life mapped out in writing which we read every day and visualise, and we know without doubt that we will realise it at some point.

We believe that by setting your intention without a timescale you give the universe the opportunity to guide you on the right road to your dreams.

We have been running an online business for 9 years but never quite hit the heights we know we are capable of.

Having joined WA just 2 weeks ago, we now feel we have all that we need to hit those heights and beyond.

Thank you both for writing such an uplifting and awesome post.

We wish you every success and more.

I know you will be sharing a post in the near future that you now have your dream home.

Blessing to you two as well!

Reply Like Like You like this
GinaU1 Premium
Awesome post, Harold. I am a believer in the law of attraction because I have seen it in action. Thanks for the great reminder that we can start living our dream even before we think we have realized it:)

Reply Like Like You like this
ThimGraFort Premium
I'll fullfil my destiny!
Thank you very much Howard for the ginger
God bless you real good and big here at WA.
Cheers
Boaz Etan 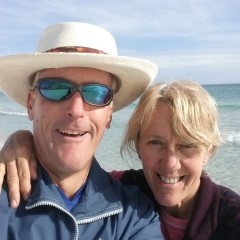