Have your goals changed?

After being a member of WA for a couple months, I'm still here plugging away. I remember one discussion about your WA goals and how much time you were willing to put in to achieve those goals. Many people had some pretty lofty goals coming in.

My goals were modest and I'm achieving them so far, but I'm putting in much more time, but it's because I want to and I enjoy it. My goals were to learn how to build a website, then have it pay for itself, then reevaluate to see where it could go from there.I'm at my reevaluation stage now àfter meeting my first few goals. My new goals are not as money-making oriented as i probably would have thought, but that should take care of itself if some of these other goals are met

I have a forum/discussion board on my site.My first goal was to attract members to the board. Done! I now have about 20 members , who after they start posting ,will become returning visitors to my site. My next goal is to have them start posting. i'mm gaining a about a member a day and I hope one of these new members breaks the ice, then I can start working on new goals:)

Reply Like Like You like this
TJ7774 Premium
Great idea :) It's good to re-evaulate, which is what I will have to do in the future. My goals sure have changed as well. I think I was a bit too modest in the beginning. After I have gotten comfortable around WA, I realize that with some hard work and dedication, I can reach goals I never thought possible.
Best of luck on your site and with your goals!!

Reply Like Like You like this
choppydo Premium
Than`s an awesome idea, using a forum to break the ice. For me, I`ve only had to slow down my goals as I realized that a lot of this is just a waiting game. I`ll get there though, one day at a time! 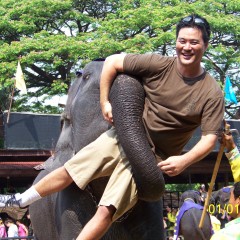