The Entrepreneur and The Sea

You wake up, slowly step out of the comfort and warmth of your blankets, quickly put on some clothes and head outside, where it's not too cold but windy and fresh. Initially, you feel displaced but quickly refreshed and invigorated, you head down the street where a small but steady 10m boat is anchored to a humble wooden structure, you get in and set the boat free...

You have just stepped into entrepreneurship!

You have the wrath of the seas ahead and storms that will threaten to swallow your boat whole.

There are little more than 10 million people living in Portugal, in an area of 35,603 sq mil or 92,212 sq km, but these brave people of old ventured into the unknown seas facing all kinds of monsters and giants their minds concocted to explain the fears they faced.

Some of the most beautiful Portuguese poetry was written at sea by a sailor called Luís de Camões.

These people found new materials and built new ships that would withstand years at sea as opposed to weeks, in order to make it possible to cross the oceans.

They challenged existence as they knew for a mere promise of their imagination of great riches and beautiful lands.

Land and riches they found, unknown became known and their people scattered around the globe. For a while the Portuguese Crown claimed ownership to half of the World.

As their attention was placed on the new lands they "conquered", internal problems arose, and the great empire slowly fell.

Many years later, repressed by a dictatorship, the Portuguese rebelled into what was, to this day, the only revolution in history where no weapons were fired and not a drop of blood was shed. This became known as "Revolução dos Cravos" (Carnation Revolution), because carnations were placed on the muzzles of the weapons and the soldier's uniforms.

To this day, there are more Portuguese abroad than in their own country. Full disclosure: I am one of them, living in Spain with two Spanish daughters.

Recently, I had the pleasure of listening to the audiobook of this great man's autobiography, "Losing My Virginity". The first thing that shocked me was the fact that he narrates the story himself.

His voice and words digged deep into my heart. The Man that built an airline and faced the Giant British Airways.

An interesting fact is that he was the first one to start moving one of his airplanes to help countries at war when his airline was facing financial ruin.

But why do I write about Sir Richard here?

He was a very successful business man when he decided to be the fastest man to cross the Atlantic Sea in a catamaran and also set a record in a hot air balloon ride, after a few life-threatening accidents.

This was always his attitude and what brought him success in the first place.

Why so much history?

As humans, we have this need to discover but the fear to step into the unknown. Some of us are brave enough to walk the first step and once they do, all others follow and what was impossible suddenly becomes easy.

You are an entrepreneur, one of the brave ones, you have already entered your boat, fear not to enter the seas, you will face storms and hardship, but you will prevail, and the path that you walked others will follow and be grateful - or not.

Stay strong my friend, because you have here a whole community of brave people like you that will help you through the hard times.

You must have a reason! What is your reason? What keeps you afloat?

As our friend Louise would say, what's your vision?

I wish you a wonderful week full of strength and courage!

Write something…
Recent messages
AmyHD Premium
Another beautiful post, Fran.
Yes, we all learn from our mistakes, from our past. In that way, we are able to grow stronger and tougher, all together, be a better person.
Thank you for the post.
Amy

Wishing you a beautiful day ahead!

Reply Like Like You like this
ShaunnaLynne Premium
Fran,
Sunshine...you have to quit making my tear up (from the beautiful imagery, Portugese poetry, and words of the Carnation War), and then make me think in the last paragraph!!

Now I have tears, and my mind is spinning (in it's often never ending cycle). 😪

At this point, my Vision is to get a New Boat! The old boat has sailed, not quite off in the distance, but it's starting to 'breakdown'. It's been a GREAT boat for the last 27 years, but it's time to upgrade!

Have a Great day / evening
😎 Shaunna

Reply Like Like You like this
FranCallado Premium
@ShaunnaLynne
Shaunna, you make me blush. I'm glad I made you think though, but not sure if I'm so glad I made you cry... but that's the Portuguese way, unfortunately, we are folk of sorrow.

Get that boat up and running quick! What's a sailor gonna do without her boat?

Have an amazing night.

Reply Like Like You like this
Terand Premium
Another great post, Fran!
We learn from history and from our past experiences.
That’s the reason I am stepping into WA!
To be a very successful online entrepreneur!
:o)

Reply Like Like You like this
Terand Premium
@FranCallado
That’s a good one, Fran! Sometimes the waves can be quite strong and rough too but mostly it’s calm over here. Ha.
You are most welcome and do take care, Fran! :o) 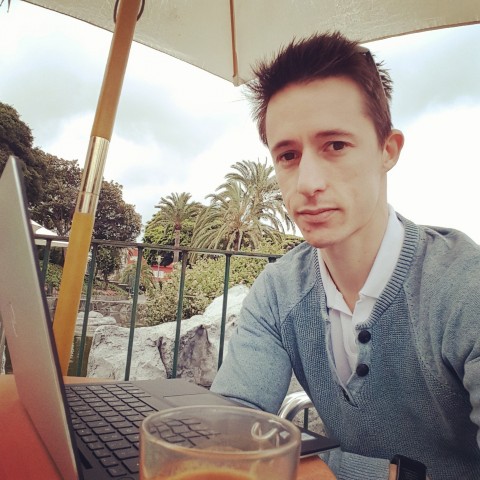