1675, on June 22, the Royal Observatory, Greenwich was founded by King Charles II, with the foundation stone being laid on August 10. 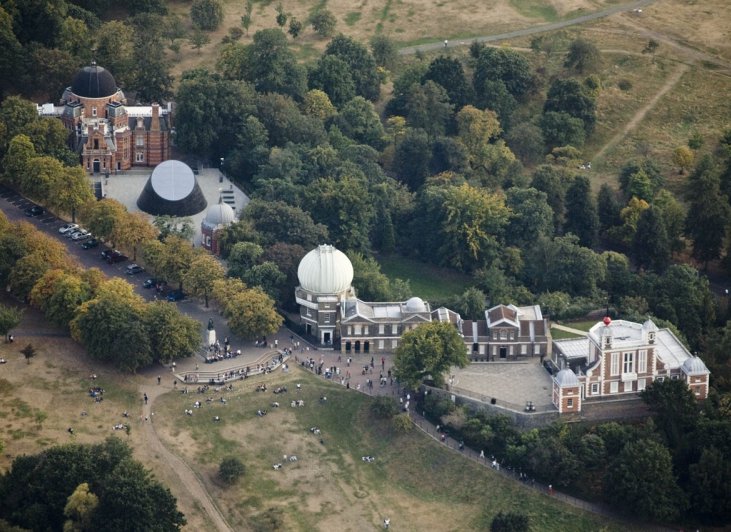 The Royal Observatory, Greenwich (ROG) is an observatory situated on a hill in Greenwich Park, overlooking the River Thames, about 8 km (5 mi) from the center of London. It played a major role in the history of navigation and astronomy.

The site of the ROG has been significant since the reign of William I. On the land that the Observatory presently occupies stood the Greenwich Castle, which the Tudors used. It was the birthplace of Henry VIII and was reportedly a favorite place for him to house his Mistresses.

The original part of the Observatory was the first purpose-built scientific research facility in Britain. It was built for a cost of £520 (today £75000), £20 over budget (!) out of largely recycled materials on the foundations of a former building, which resulted in the alignment being 13 degrees away from true North, as originally planned.

Over time it incorporated additional responsibilities, such as marking the official time of day, Greenwich Mean Time (GMT) and housing Her Majesty's Nautical Almanac Office. Two clocks were installed in the 20 foot high Octagon Room, the principal room of the building. They were of unusual design. Each with a pendulum 13 ft. (3.96 m) in length mounted above the clock face, thus giving a period of four seconds and an accuracy of seven seconds per day. Unparalleled in those days!

British astronomers have long used the Royal Observatory as the basis for measurement. Four separate meridians have passed through the buildings and defined by successive instruments. The basis of longitude, the meridian that passes as a center line through the telescope (called the Airy transit circle) was first used in 1851. At the International Meridian Conference on October 22, 1884, it was adopted as the world's Prime Meridian. Subsequently, nations across the world used it as their standard for mapping and timekeeping.

To help mariners at the port and others in line of sight of the observatory to synchronize their clocks to GMT, Astronomer Royal John Pond installed in 1833 a very visible time ball that drops, till nowadays, precisely at 1 p.m. every day atop the observatory.

On February 15, 1894, the Observatory underwent an attempted bombing. This possibly was the first "international terrorist" incident in Britain. The bomb accidentally detonated while being held by 26-year-old French anarchist Martial Bourdin in Greenwich Park, near the Observatory building. Bourdin died 30 minutes later. It is not known why he chose the observatory, or whether the bombing was intended to occur elsewhere.

During most of the 20th century, the Royal Greenwich Observatory was not at Greenwich. The last time that all departments were there was 1924. In that year electrification of the railways affected the readings of the Magnetic and Meteorological Departments. Therefore the Magnetic Observatory moved to Abinger. Prior to this, the observatory insisted that the electric trams in the vicinity could not use an earth return for the traction current.

After the onset of World War II in 1939, many departments were temporarily evacuated out of range of German bombers to places such as Abinger, Bradford on Avon, Bristol, and Bath, and activities in Greenwich were reduced to bare Minimum.

The scientific work of the observatory was relocated in stages in the first half of the 20th century. Today the Greenwich site is now maintained as a Museum.

Write something…
Recent messages
jetrbby80316 Premium
Wonderful information, and well-written. I believe you were a history professor in another lifetime, Eric.
I love reading these fascinating posts. keep 'em coming!

Reply Like Like You like this
mickeyb123 Premium
This has always been a great interest of mine. The GMT is a mystery to so many people and most of THOSE still do not really know what it actually means and that there is an actual place that helps with this!

Thank you, Eric, for another home run!

Reply Like Like You like this
ericpierre Premium
@mickeyb123
Actually GMT is the mean solar time Greenwich. Since January 1, 1956, it has been replaced by the Coordinated Universal Time (UTC). It differs from GMT by up to 0.9 second. Due to this small difference, people still refer to GMT when calculating the time.
Thanks for commenting, Mickey!

Reply Like Like You like this
ericpierre Premium
@MKearns
Absolutely, Mike. I've been there many years ago. You would never think there is a town of several million people around you.
Thanks for the read, Mike. 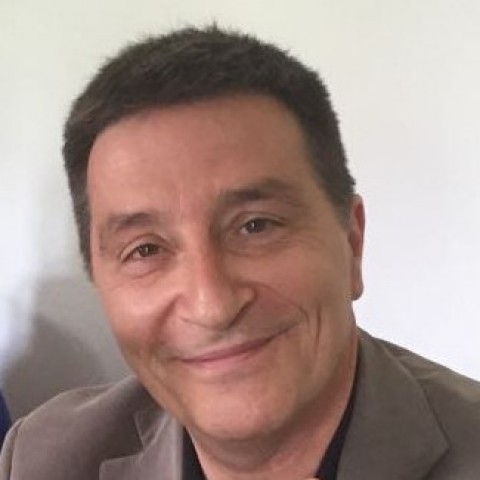