Is Empower Network A Scam The Biggest Scam in 2013 Review

Hey Here's The Truth. Is Empower Network A Scam Well Maybe it's a Matter of Opinion. However, In February of 2013 I had No Debt, I was Living Debt Free For Quite a Few Years. 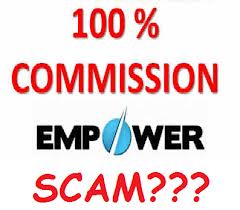 In March of 2013 I joined Empower Network. My sponsor was Robert Probst first thing he and his scam team did when I joined. They scammed $8,500.00 out of me by telling me how much traffic and how many sign ups I would get in Empower Network, how many of those sign ups were buyers and and that 43% of those buyers would buy all the products in Empower Network.

I quickly did some math and figured that $8,500.00 nothing compared to all the money I was going to make, so I bought it. But then it also cost me $5,000.00 yet to buy all the products and get set up for commissions. Then after about 3 months I realized that I wasn't getting any sign ups and I had been scammed. That was really a tough blow.

Clearly. From where I'm standing... Is Empower Network A Scam? In my opinion it is the biggest scam in the internet space in 2013 and I hear they are working harder than ever to scam even more people than ever before. I had referred a few people and Robert Probst is also starting to scam them as well. 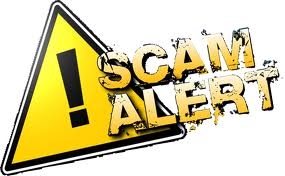 In just a few months time I've gone in debt nearly $30,000.00 All on account of trying to make money online. Thankfully someone invited me to Wealthy Affiliate now this is not a get rich quick scheme, but I'm now starting to make more money online and hope to have my debts paid off in a year or so.

If you don't know what Wealthy Affiliate is, we are a community of marketers helping people get started and really make a go of their business. And there is no cost to join us

If you happen to be struggling or just want to be in good company online Feel FREE to join us here at Wealthy Affiliate!

Write something…
Recent messages
mc7791 Premium
30,000? Wow. I am sorry that you lost so much. Im glad I never went with those jokers or several other scams. Glad I found WA. I have a good amount of work to do and I am new to all of this but I feel that I can succeed here. So can you Maxa. I want the best for you. Make sure to reach out when you need help. It is here. Do your best to put this behind you and have great success moving forward. All the best.

Reply Like Like You like this
vernard4u Premium
Sorry, to hear about your loses at the rip off EN. I'm lucky my payment to join was not processed at EN and I just found out someone invited my daughter to join I told her all about the rip off scam. Kyle, saved me from sure disaster after reading his rip off report about EN. I wish you the best here at the best, WA all the way. Carl

Reply Like Like You like this
CliffMP Premium
A hard, very hard lesson. One that shows all to... DO THE RESEARCH first before jumping in blind.... all one would have to do is simple Google Empower Network (or any org. of this type) and the answer will save them form the same mistake..... they've been thoroughly exposed LONG before March of 2013...

Well, I'm sorry for the situation... but you can, really can, come back and recoup ALL and MORE with your education here along with time, patience and fortitude, which I suspect you have and are totally capable of...

PS... you just might have found your niche.... HHmmmmm

Reply Like Like You like this
Jewelz Premium
I gave $5K to Success Mentors, I feel your pain, but I think yours hurts a bit more. This is unlike anything I have seen, and I have seen quite a bit, so happy trails! I am jazzed to be here!! You will too! 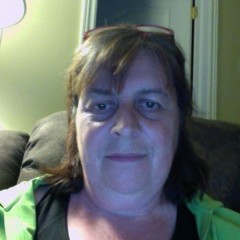