Dang! I meant to say comments!! Oh well, I guess either is suffcient.

There was this comedy-drama movie I saw years ago with some conceited model-like, wealthy woman (no connection with WA) who thought she was the Gift. At some event where she was speaking she finished and said, "Now, I open the floor for compliments!" (She meant about her beauty) Obviously, that was a play on words as normally one would say, "I now open the floor for comments", meaning anything legit, good or bad.

Sometimes I receive comments directly on my WordPress site that are so legit that I have to do a little seraching to determine it was a WA colleague. But sometimes, often in huge spurts, I feel like the comments received by some WA members are watered down. Don't get me wrong, I appreciate ALL effort to help out. But sometimes the comments will sound so patronizing that I wonder if people think they are fake comments by our moms or best friends.

There are times when I leave comments on sites that are just my everyday browsing and searching for a product or some information. and even when I love the site and the info, rarely do I use an overabundance of highly positive adjectives. It's just not what we typically do.

In giving comments I'm sure I've been guilty of the same, but what many of us seem to be facing is a gross abuse of the comments platform. So, if I may, I'd like to propose having a discussion where we outine a few dos and don'ts when leaving comments for fellow affiiates.

Sure, admittedly, I want mainly, if not all, positive comments. That's human nature. But I'm not opposed to someone giving a real opinion on a product that they have heard negative things about. After all, that preserves the purity and integrity of what affiliate marketing is all about. It's about real information being given to real people to help them make the best decision about the products they are considering.

Now, frankly I will err on the side of being extra positive and I'd hope we would all do the same unless our personal knowledge brings someting different to the table. However, sometimes I'll request many comments in one day and I'll find comment after comment where they just don't sound legit. Then I have the choice to reject the comment, edit the darn thing, or use it as it is, and none of these options are good in my opinion.

Have you ever requested several comments only to find the same people commenting on ALL of the posts!?

Apparently, quite a number of commenters are sitting by the computer waiting on a new comment request so they can cut and paste a bunch of generic, patronizing comments followed by one or two lines reciting one or two of our lines from the post. After spending time fixing that one, I move on to the next to find it's the same commenter with the same basic comment. There are sometimes 4 or 5 from the same commenter within an hour or so. And there are several commenters that seem to operate that way. I've had 12 requests on 4 posts submitted by the same four people within what seems like minutes. Certainly I'm not the only one to experience that, right?

Paying for comments or going through the motions on WA to get one comment for every two completed for others, I wasn't expecting that I would have to edit and re-write almost every comment I receive, or reject the poor ones.

Here's One Tip That May Help Get Different Commenters

One tip I found useful when requesting comments through the WA platform that will help to reach a diverse set of individuals, is to change our website's classification in the "Request Comments" area. I don't mean we should change it to something it isn't, but try another category in which it fits. I've had a hard enough time deciding within which catergory certain sites or posts would fall since the categories aren't exhaustive. When we change the classification as we request comments, we will reach different commenters. We all set preferences and interests that determine which comment requests we receive from other WA members, and we all set our website classification or category which determines which WA members will receive our requests for comments. Changing this category or classification can help diversify the pool of commenters.

Conclusion
Maybe some of the others are right who preach that we should just reject those comments that suck. Perhaps if we all do that, obviously within reason, poor commenters and/or the cut-and-paste artists will give up on the futility of doing so many comments a day when they are all being rejected. But for that to work, we would all need to decide to roll that way.

Thanks for letting me rant. Sometimes it helps!

Write something…
Recent messages
BrendaMZ Premium
You can always use the give or take thread which by the way is even better. I have avoided using SC for over a year now. I kvetched about until I was blue in the face. What was worst was getting bullied about my feelings about SC. People gaming the system and I wonder who they are the ones that give suck quality comments are from people that aren’t on WA, so I try to find their profile and looks like it’s hidden. I have no idea who those dummies are. I stopped using them, refuse to pay for any of it. I went rogue and don’t give a damn what people say, they can bully me all they want. It isn’t gonna change, it hasn’t since I joined. My beef is about that and the double standard issues of people getting away with it by not compliant with the rules on this platform and that pisses me off to the bone. How can I write a good review about this platform. If I did , I’d be lying and give fake review. It isn’t who I am and am just about ready to just move on and not be involved on here. So it will not change, the owners have done nothing to stop spam, don’t nothing about revamping and stop the abuse in SC, or stop these idiotic commentators who game the system by copying and pasting same old thing day in and day out. I wish you good luck in changing the category to try to get a different commenters, good luck with that, you’re gonna find it’s gonna be the same , you might get lucky one day and not so lucky the next day. It’s your gamble with the roll of the dices. It’s sickening. I do not want my site to look like so I’ve been searching to find another hosting site and build somewhere else. Just getting tired of seeing other members like you ranting and raving about this same old song and dance. It isn’t a new problem, it’s a long existing problem that been here since signed up. Sad thing is the owners allow it to perpetuate and do nothing about it. By choosing to ignore these long term issues people are gonna get pissed off and I am one of them so are you and many others. Others choose like me to avoid SC like a plaque.

Reply Like Like You like this
philmedia Premium Plus
Interesting stuff, my experience of it has been nothing positive though, I actually think it replicates the real world in many ways. I treat it as do other comments that come organically with all the brilliant light and shade that brings. Thanks for sharing, Phil

Reply Like Like You like this
Dbrums Premium
@philmedia
Thanks, Phil! I love the organic comments too. It's the ones that all say the same thing that just aren't working: "Oh what an amazing article you have here!. Thanks for giving that to us! You are brilliant and I will never see the world the same way ever again!" (Basically) And nothing about the article.

Then 10 seconds later, the same person, almost the exact comment on another post: "Oh what an amazing article you have here!...."

Organic of any shade is great, and I'm certain there will be more real comments coming soon.

And BTW, there are also great commenters on the WA platform who have left great comments. I appreciate them so much as I'm sure we all do. It takes time to sit and read and write comments. In fact, I don't mind if they are sometimes short, sometimes long, mentioning only one aspect of the article, or several aspects, because that's organic and a realistic type of interaction.

Reply Like Like You like this
JeffreyBrown Premium
@Dbrums
You're welcome, but I completely understand the need to let off some steam about the ongoing problems with it!

Reply Like Like You like this
mathewP1 Premium
Darrin,
Well we have all got those one a that keep commenting on. The same ones and not really giving a legit comment so that you can use It and not reject. But I’m with you on rejecting them they might find another way around it auto responders.

Reply Like Like You like this
ERichardson1 Premium
Good evening my friend, I've been through it over and over, so I know exactly where you are coming from. And yes I have had comments come from the same person more than one time. Sometimes their Loop warm, because it is the same person on two different articles that I have wrote, being requested only minutes apart. However, they have been a few people that know good judgment, and how to answer the comment correctly. So personally, I just stay to myself, I win some and lose some, I will make it work. This is my family, doing the best they can do. May prosperity and good health be always with you. 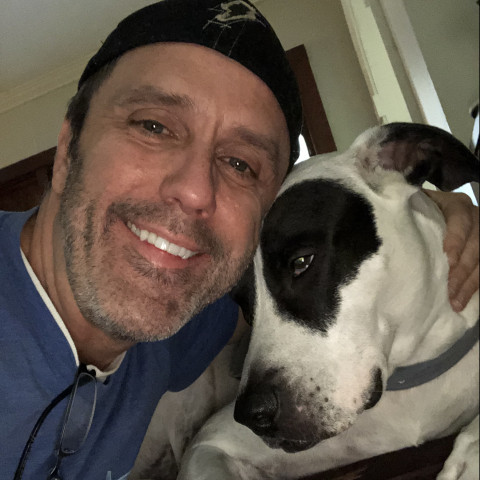