What's wrong with being shy? Be true to who you want to be

There are many things which come up and will stop a person from being themselves. But why is it people assume a phrase is harmless and cute.

What's wrong with being shy? I ask this because I see it all the time, somebody is telling you "don't be shy" poking fun at a personality trait as if it's a disease.

That's a bit of an exaggeration because no harm is meant, and still it remains a negative to many people.

The idea that you can't voice your opinion or take action based on one factor. You just have to stop being shy, so flip that switch and be outgoing like us.

What would happen if somebody told it to you?

I already understand that they do, and it's apparent anytime you read comments anywhere online. People want everything to benefit themselves and as soon as you say they are wrong, out comes the nasty troll.

Brains turn into mush and they go on a rampage in an instant over reaction to what is supposed to be freedom of speech.

That is what they remind you of anytime you challenge something that is said. It's never a quality argument, but I have a right to be stupid just because it's written down.

In a world that has so much to offer, everyone is terrified of opening up their minds and trying to see the idea that is behind the words.

Often it feels like an overwhelming battle against the grain, and that it's better to leave people to their own suffering.

Until you see the news and some fool. No need to write anything more, it's likely you already know from the two words "News and Fool" that it's not gonna be good.

Why is it still noticeable?

Put the blinders on and keep doing what you know is working. Just don't forget to take a moment if you do happen to stumble across a negative phrase.

Normally, it's just ignorance and not intended to be hurtful. But in the rare chance that it's pointed directly at you, there are a few steps you can take.

Don't just ignore it and hope you get past it quickly. Acknowledge what it said and let it sink in. This will give you the opportunity to say something, to feel something and to change something.

Maybe it seems like a better idea to ignore it, but that inaction will not solve anything. I used to act out in response to something that upset me.

But that mentality is something I learned to be more harmful. Why? Because it gets you from feeling surprised, shocked, and hurt.

To being spiteful, ashamed, and feeling hatred toward that person or phrase. When this happens, you begin to reinforce the wrong things.

Catch yourself when you can and remove the thought

Don't be judgmental, don't be rude, and don't act like a fool. But do let it out, and be sure that you do it in a way that will actually help yourself.

Writing down a series of questions and answers is one great way to avoid letting it eat at you. Then once that is done, share it with somebody, doesn't matter who.

Preferably somebody who will actually be focused on what you are saying and can even share a story about something similar.

From there it's time to visualize the thought being burned up and leaving your mind. The more you can practice doing this the quicker you will become at changing your mood.

No more being grumpy, just pause, burn and listen to a story that points you back in the right train of thought.

How is this helpful in out businesses?

Simple, when you are putting any of your ideas out there it's bound to be met with criticism, if you remember that you have a choice in your actions.

You will also learn that over reactions are far more harmful than helpful. This will be a way for you to remove a bad day moment in a matter of a few minutes.

Instead of seeing don't be shy, you may come across another type of don't be. Don't be stupid and buy from us.

Or don't be sucked in by others false claims, the more you see the words don't be followed by some plea. Now you will know that it's an attempt to ambush you.

Maybe it's not even a conscious activity that is written down, but there is still the chance that you may become a victim.

I say that only to point out that you don't need to view yourself as a victim. There are other more powerful things to believe in.

Victims have two options, let things get to them or let things out. If you choose the first, it's gonna lead you down a path of misery.

But if you choose the latter, it's full of new and amazing chances to test yourself. And once you gain momentum, you will continue to develop much stronger ideas, become more bold, and even teach it to another person.

When the power isn't against you and it's fuel that brings you head on towards your goals. The only thing that stops you will be how you handle surprises.

Let things out, and become a helpful example of what out world needs. Don't be fooled into believing anyone about how you should act.

Sometimes you just need to follow your own advice and stop allowing for anything that anyone says dictate how you will react.

The most important thoughts come after you learn to see the difference, and go back into your mind to emphasize the ones you need.

All the rest is just garbage, and like any garbage it needs to be removed. Do this from time to time and clean out any negatives that could be distractions.

Don't be shy, means nothing to you because you will never simply be labeled by anything other than you choose.

If that happens to be a personality trait so be it, take ownership and show it off.

Help this post out and hit that like. No need to be worried about being shy, it's all a matter of how you look at it.

Aaaaahhhhh...I long for the day when we embrace all of our MYRIAD of human complexities with acceptance and grace!

Reply Like Like You like this
cramervod Premium
@Easy-Moneys
I have been researching more about engagement and the one thing that strikes me most is the ability to make others feel valuable. Once you understand the power that words have, you also know the power that each of us has to be individuals.

In exchange for a comment, I simply am able to make you a promise. That is to ensure that you will find the right amount of purpose and pleasure so that you can achieve all of your beautiful dreams.

That is truly the way to see each other, how can I make you aware of the world that is so close by. Ah, I know I will do my best to inspire those who help to inspire me.

So, thank you for the nice compliments and here's to a bright future indeed where you are free to be that person you are meant to be.

Reply Like Like You like this
cramervod Premium
@marmar463
A shy person doesn't need anyone to bring them out of a shell. In most cases, it's the people around them that actually delay it from happening.

It's better to show a person how to gain confidence and by doing the small things it will come slowly. Once anyone gains enough skills and can do multiple things, confidence changes the mindset and makes being quiet a non-issue.

When people have problems interacting with others it's because they don't have that level of comfort which comes naturally to many.

It's why overtime for some people it will go away on its own, but a timidness will always remain with new people around, new challenges and new environments.

Reply Like Like You like this
marmar463 Premium
@cramervod
You made some good points. But I am around a shy person and she is slowly coming out of her shell because she is around us and we are helping to come out of her shell.

Reply Like Like You like this
cramervod Premium
@marmar463
Awesome that means you are there for her and care for her. That's one thing that many people don't do. Loving and caring will help everyone overcome an obstacle in their life. :-)

Reply Like Like You like this
marmar463 Premium
@cramervod
I yes we have to be there she is a good friend and we want her to be more outgoing, but it is a slow process. Thank you for the kind words I appreciate that very much. Best wishes in your business endeavors.

Reply Like Like You like this
QAVAVO Premium
Shyness is a normal human attribute and is one of life's gear as in a vehicle that can be leveraged to suit the appropriate circumstance.

Reply Like Like You like this
cramervod Premium
@QAVAVO
Everyone has a built-in mechanism for coping with the new. But when a person has been taught it's not a good thing to be shy.

It can lead to many new problems and challenges especially when you don't figure out that you need to love yourself no matter what.

Reply Like Like You like this
Elyta Premium
This was great to read. I am a very shy person and always have been. It is very frustrating when people essentially tell you to get over it like it should be that easy.

Reply Like Like You like this
cramervod Premium
@Elyta
The more people would point me out, the more anxiety I would feel. Eventually, this leads me to no longer want anything to do with other people.

Avoidance then made it easier to become less skilled in life and created even more self-inflicted problems.

Reply Like Like You like this
gjshawk Premium
I was painfully shy growing up. It was no fun at all. I didn't want to be, but I was. Now as an "old man" I'm not anymore, but I wish I had been able to gain more self confidence as a teenager.
Grant 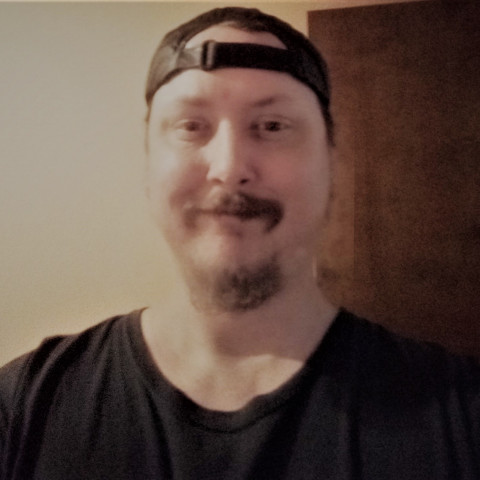