While You're At It, I Have a Suggestion

When I first joined Wa(not that long ago) they had just gave it a facelift. I don't know what it looked like before, I just remember everyone talking about it. All I knew, was that it looked great! It was easy for me to find my way around and that's what I did...for months.

Since then Kyle, Carson & Jay have added more new features than I can count. Each one of them better than the last. The best thing is, when they add a totally new feature it doesn't take hours or days to learn it. It's usually fairly easy to pick up on quickly. I love that, it saves lots of time.

There is one feature that would make my life great and I'd like to know what the WA community thinks of it. If it's something everyone likes, maybe we can talk them into doing it. I hate to ask them for any more, I'm not really sure when they sleep as it is.

Wealthy Affiliate members stick around for a long time. I've seen members that have been here for several years. If you take the info they provide and add it to the info new members provide, we get a ton of great stuff.

What if we could save or bookmark this info inside WA somehow. I already do it with chrome, I have a folder called "WA" It's full of stuff I want to read and stuff I've read before but like to go back to now and then..for lots of reasons.

I'm sure a lot of you have thought about having a feature like this. heck, I'd be surprised if Kyle & Carson haven't already started working on it.

What do you guys think?

Write something…
Recent messages
nathaniell Premium Plus
I vaguely remember a 'bookmark' function in the old platform. I DO think it would be helpful to have some kind of area to save our favorite training or save stuff for later.

Reply Like Like You like this
christopherM Premium
Hmm.. That must've been before I joined. I figured you would be on board with this idea. But, you and I have had discussions about how much time they put into WA, so hopefully they can find just a little more.
We'll see!

Reply Like Like You like this
CliffMP Premium
oh.. one other thing.... the search function here on WA.... is excellent.... but yes, bookmarking would be nice.....

Reply Like Like You like this
Avecita Premium
Absolutely agreed! Currently I copy and paste links to my own blog, so I can find them in there later. It's impossible not to miss bits, there's so much info here, - but it's worse when you see something and you can't find it again to read later/again. I would like this feature too.

Reply Like Like You like this
christopherM Premium
Yep, I've done the same thing. I've even used the Rapid writer, evernote and similar programs and I can usually come back and find something if I misplaced it somehow. But it would be great and take a little less time if it was built in.

Reply Like Like You like this
CliffMP Premium
Christopher..... you suggest something that is quite common in other venues like this one.... frankly, I was quite... actually, very surprised when I re-uped my old membership that this was not implemented yet......

It WOULD be nice, since we have a 'my history', 'my profile' 'account settings' and so many other personal settings, etc. to have a 'My Bookmarks'.... or whatever K & C would like to call it....

Reply Like Like You like this
christopherM Premium
Cliff,
Great! Glad to see you'd enjoy having some type of feature like this in place. As you said, the search feature is great, and so are a lot of the other features. I know they work hard and they do a great job of keeping WA the BEST online business community.

Thanks for the vote. 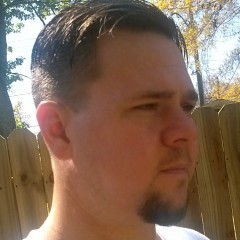