The Rat Race: A Rant

It's been a frustrating past few months. The majority of what I'm about to say lies outside of Wealthy Affiliate and Online Marketing.

I'm an underpaid IT guy who's currently looking for job out of state. I have called several HR departments, applied to several positions, and only managed to land a single interview which went bad...terribad (a dated internet slang for "terrible" and "bad" :P).

I've contacted HR departments for job postings I applied for. Checking on where they are in the hiring process after not hearing a peep from anyone. The response I get? They usually consist of one of these two answers:

1) The job has been filled.

2) They're still reviewing applications they received for the position.

Hearing this over and over again is discouraging in itself, but what really made my heart sink was when an HR rep revealed to me that they had over 250 applications for the position I applied for. That's a far cry from my assumed number of 50 applicants (tops) I had in mind. This is what I and other job seekers are up against. Embrace the rat race, and bask in all its glory. I picked up my jaw from the floor and let the realization sink in of how fiercly competitive the job market is. I conveniently forgot how frustrating it is to find a new job because I'm currently employed (I have a great boss by the way). I haven't been in the job market for over two years. I'm no stranger with being hit with a dose of reality, but this was one tough pill to swallow. The job market is brutal. Employers have their choice of the litter, and they know it. It seems like they will move on to the next person if you don't have exactly what they're looking for. Why? Because they can.

My interview was done over the phone, and it consisted of four people drilling me with questions. I was nervous, but I felt like I was moving forward, it felt like doors were finally opening up, and I was going to be with my son again. That all came crashing down when my nerves got the best of me. I couldn't answer the questions well enough to dazzle my audience and convince them that I am very capable of doing what the position required. Back to square one. Needless to say, I was disappointed. I'm slowly realizing that this is probably the straw that broke the camel's back. The catalyst which is making me take matters into my own hands. Massive action. I must start applying what I've learned over the years about online marketing instead of sitting on what I know.

Maybe, I should have been better prepared. Maybe, I should have reached out and built a network of people who know people with possible job leads. I have a LinkedIn account, but I never got it off the ground. If you want to get ahead in the job market (or just about anything for that matter), networking is key. It's not what you know, but who you know is and will always be the name of the game.

Let me tell you another story. My step-mom is a pharmaceutical sales rep, and a good one at that. She's won awards for being the top rep in her region. What these companies do to people is appalling. When everyone and their brother started laying off employees left and right due to the economic downturn, her company had every rep stay home, sit by the phone, and wait for a phone call to let them know whether or not they still had a job. On another occasion, she had to compete for her position. Yep, her company held a round of interviews for the job she already had. Finally, when she applied for a position at a different company, she had to go through five rounds of interviews. Fortunately, she made it on all counts, but imagine the mental anguish of going through that. Companies expect your undying loyalty, yet are willing give you, the employee none. On top of that, they will let you go on the drop of a dime. "Job security?" What's that? A phrase that's morphing more and more into an oxymoron. Heh, what a joke. The rat race is a sick game that I find myself wanting less to be a part of as each day passes.

Has anyone ever seen "Fun with Dick and Jane?" Remember the scene where Dick is calling employer after employer looking for a new job? Well, as he's going to an interview which he FINALLY gets after months of searching, he notices someone else on the other side of the parking garage oddly dressed the same way. That one person eventually turns into a mob of applicants interviewing for the same job he is. The scene goes on as Dick races the mob; pulling a slew of dirty tricks in order to be first in line for the interview and land that job he so desperately needs. He emerges victorious only to run into a queue of applicants reaching a mile long. It's a hilarious scene which so accurately depicts the job market. The scene is especially funny because you're watching from outside. It's horrible when you're actually in it.

Is going through all this trouble worth it? Is finding a job where you sit in a 6x6 cubicle for 1/3 of your day for $60,0000 (or even less) a year worth it? To be fair, $60k is pretty decent...if you're single, maybe if you're a single couple. That kind of salary probably won't cut it if you're a single parent paying child support, or trying to support a family of four.

I'm tired of feeling like a rat in a rat filled maze scrounging for a piece of cheese. I'm tired of the rat race. ...I'm done.

Learning online marketing is no walk in the park either. It's extremely challenging, and the learning curve is STEEP. There are times where it feels like you're drinking from a fire hydrant. Absorbing and applying this massive amount of information is daunting. But it helps when you have the support of an entire community behind you, rooting for your success! :)

If you've made it this far, thanks for reading! I had to get this off my chest. I also wanted to document my thoughts so I can come back them, and re-light the fire under my arse if I find myself slacking.

Write something…
Recent messages
geowanda Premium
HI Chrislk, I completely understand. I'm so tired of the lay off cycles in IT. And once we hit our mid 50's, then we have a target on our backs. Doesn't seem to matter how much we know, but it's how much we COST the company. Quality isn't their main objective - profits are. So That's my objective too now :-)

I agree. I believe the layoff cycles apply to everyone. Unless you're in a very high position within a company, you're not safe--no one is. The worker bees, older employees, and mid level managers are in the first wave to get sent to the chopping block. It's crazy how companies are so focused on the bottom line.

I've heard sad stories from people who worked in the local government sector. They worked for the city for over 20 years only to be let go. Why did this happen? The city did this because these employees were due to retire in six months to a year. Since the soon to be retirees didn't complete their 25 years of service, the city didn't have to pay their pensions. Talk about cut throat. Stories like these absolutely make my blood boil.

Reply Like Like You like this
VitaliyG Premium Plus
I remember that scene from the movie Christopher! Think of it this way, all this is just fuel to fire your ambition to succeed online. That's how I look at all of this!

Reply Like Like You like this
Chrislk Premium
@VitaliyG
I agree 100% Vitaliy. All this is fuel to the fire. I've seen it more that way since my botched interview. The paths to online marketing and the job market are difficult routes to journey through. But, success achieved online can far outweigh the success achieved from working 9-5 by a long shot.

Reply Like Like You like this
floridajf Premium
Man this post was so inspiring and thorough. It is really sad to see that you are struggling to find a job in the job market, trust me when I say I understand exactly how hard it is to find a good job. I liked the comparison that you made though with the movie Jim Carrey was in, it was so true and I do feel like it pertained to your particular situation. Don't worry things will definitely get better, you just have to be patient ;D I actually know someone here who had similar issues, and while he was not laid off, he did have to retire because his employer thought he was getting too old for the job. Hope you definitely see success later on. Best wishes

Reply Like Like You like this
Chrislk Premium
@floridajf
Hey Floridalma, Thanks for the positive vibes and feedback. Sorry to hear about your friend. It's unfortunate that he was forced to retire! I hope he's doing well now. 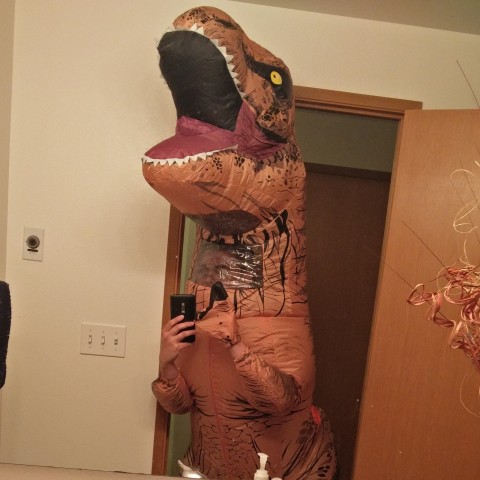