I wanted to write a quick post this morning while it's fresh in this old mind of mine. Last night, I watched the ESPY Awards. I ususally do this each year and because there was no baseball games to watch because of the MLB All-Star break the ESPY's filled in quite nicely. ESPN does a great job honoring athletes in many categories and last night's show was one of the best I've seen.

On March 4, 1993, Jim Valvano, championship winning coach at N.C State, gave an impassioned speech at the ESPY's while dying of cancer. He was so weak because of the disease he could barely walk to the stage that night. Valvano famously stated in his speech, "If you laugh, think, and cry each day", you've had a great day. Shortly after his speech, Valvano died on April 28, 1993.

During his speech, Valvano announced the creation of the V Foundation which was formed to receive money for cancer research. Each year, the ESPY's give an award to someone who symbolizes the spirit and perseverance of Jim Valvano. The award is called the Jimmy V Perseverance Award.

Last night the award was given to Rob Mendez, a 31 year old JV football coach at Prospect High School in Saratoga, California. You see, Rob was born with a disease called tetra-amelia syndrome which left him with no arms and no legs.

I had watched several stories about Rob on ESPN this year and cannot think of anyone in the sports world more deserving of this award in 2019.

What does this have to do with Wealthy Affiliate?

I titled this post, "Never Say Never". When I watched the show last night I knew I had to pen a post about Rob and his incredible story. I cannot imagine what kind of mental and physical strength it has taken Rob for 31 years to put aside his disability and be such an impactful member of society. He learned the game of football by playing the Madden football video game.

His biggest goal is teaching young people the game of football and watching them grow as people. This is a quote from his speech last night:

"When you dedicate yourself to something and open your mind to different possibilities ... you really can go places in this world".

And he has said many times:

My message to everyone at Wealthy Affiliate is this:

The next time you're feeling down or sorry for yourself or just want to give up. Think how it would be to live your entire life with no arms or legs. Do you think you could do it?

We all need to have the mindset, "Who says I can't?"

I hope everyone has a productive day.

Thanks for reading and let me know what you think about Rob's story!

Write something…
Recent messages
Nancy29 Premium
What an inspiring young man, and what a great motto for all of us here at WA. Thanks for sharing! 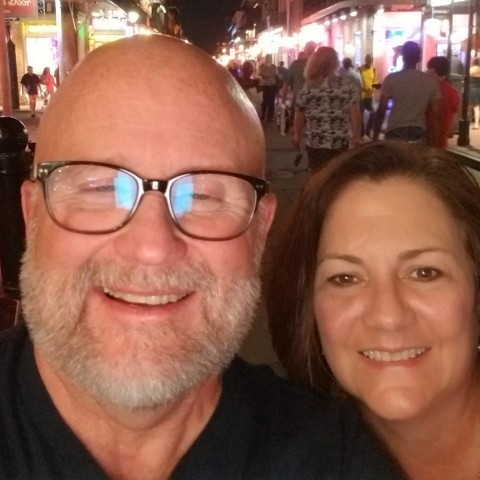