Meeting My Mentor in Maui

I can still remember the day back in August 2012 when I discovered what Internet Marketing was.

I was researching some online business things after having read Tim Ferris's 4-hour Workweek book, and I stumbled across one of those "Make money by posting links in Google" scams. I knew it was clearly a scam, but I didn't understand how they could be paying for adverts and not getting shut down, so I googled it to find out what people were saying, and I found Steve (@IveTriedThat) through his website IveTriedThat.com.

Fast forward a few days, and I joined WA as his referral, went premium 7 days later (Back then, WA only had a 10 day free trial, you lucky Starter members now eh?).

It was quite funny, because Steve had said in his 'Join WA' email "Let me know when you arrive and I'll send you some tips to get started". I emailed him but didn't get a reply.

Was a bit disgruntled by that, but thought, well, I'm here now, and this place looks amazing!

NB. It turns out that Steve was getting married the same day I joined WA, so that's why he didn't reply initially. I like to think he remembers me every anniversary now though.

Over the next few years (wow, it's been that long!) we became good "e-friends" and he helped me with many things. He didn't do this out of his obligation as my referrer, but because we became friends first and foremost.

There were many other great WA members who helped me over the years too, such as Ian (@pribs), Nathaniell (@nathaniell), Vitaliy (@vitaliyG), Veronica (@veronica.l) and several others besides them. Of course the legendary @RICH. too.

Steve doesn't exactly paint himself out to be a superhero marketer or Guru at all, but I still felt some "awe" about him in the early years. If only I could be a full-time marketer and super-affiliate like him, life would be good!

Have you seen the posts he makes? They are always inspirational, but one that really got me came around this time last year: https://my.wealthyaffiliate.com/ivetriedthat/blog/...

In the post, he is LITERALLY blogging from Maui, and talking about how he's created the freedom to work from anywhere.

You can't exactly argue that this isn't something to aspire to. When he wrote that post, things were starting to go really well for me too. I wasn't quite at $10k per month, but I was getting there and it was exciting. I remember thinking "I hope I can blog from Maui someday".

Well it turns out that I didn't have to wait long. I'm writing this at 7am in the morning in a Condo in Maui, literally two doors down from Steve and his wife Amanda. This is also technically my honeymoon, as I married my beautiful wife 4 days ago as well..but enough about my wife, let's talk more about Steve.

Or rather, let's talk about what Steve represents for me, and what the whole point of this ever-so-slightly-braggy post is.

Yep, I really am here with the guy I idolized in my early WA years, and I've been able to pay for myself and my wife to be here. Dreams come true, but only if you work hard at them and make them a reality. Just dreaming never gets you anywhere. 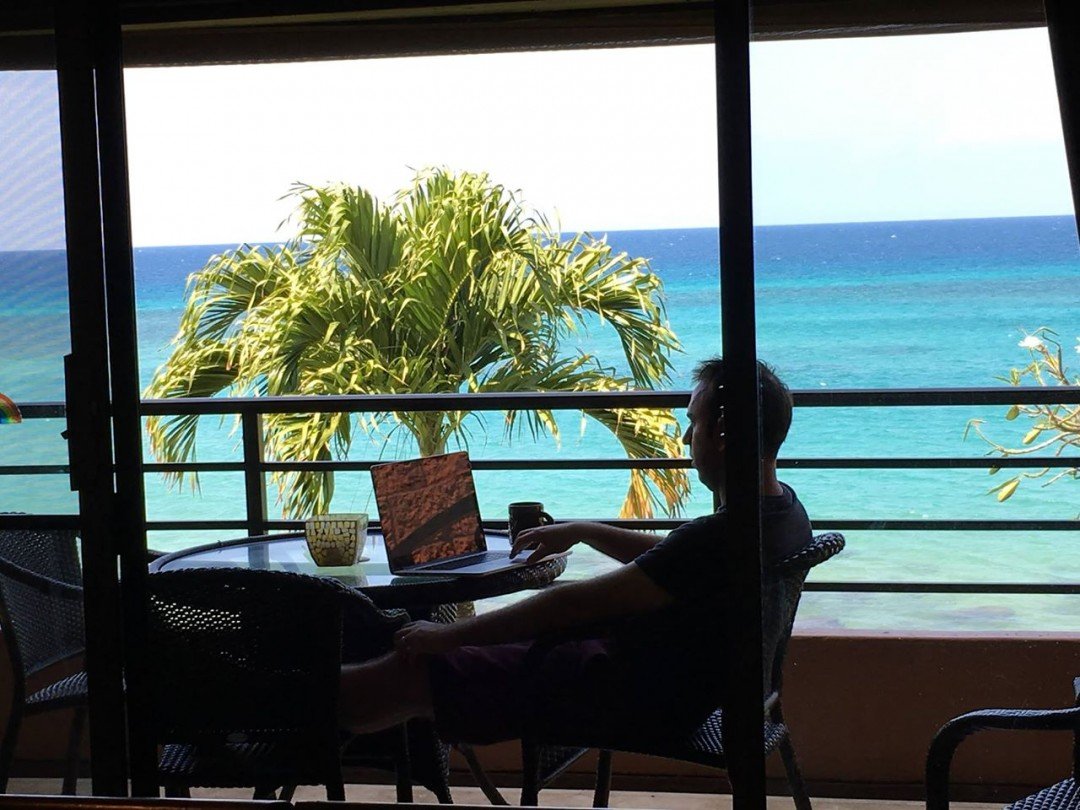 2.) If You Want Mentors, First Get Friends

Everyone who has properly helped me at WA and anywhere in my business life, has done so because we've been friends. I never assumed that the $22.50 commission Steve got from me every month (which later became a $175 annual commission) meant that I deserved his attention. I never demanded help from him. However, I did reach out to him a few times in the beginning, and one thing I focused on was becoming his friend.

Hey, I liked the guy, so it was easy. 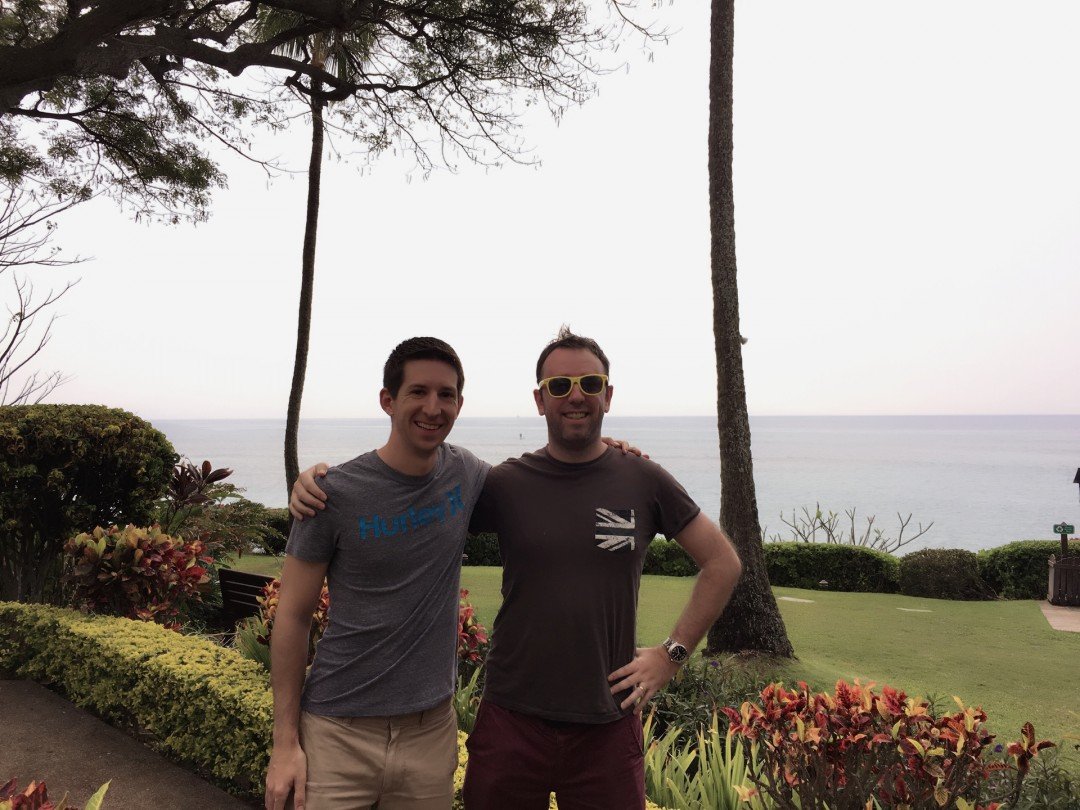 Don't expect your membership to do everything for you. Rather, use it as a tool to further your goals. You're building a business, so get building.

A lot of people assume (and it's easy to do so) that success moves up in a steady line. If you plotted it on a chart, it couldn't be further from the truth. For example, your website might be on page 2 and getting very small traffic and close to zero income. However, if you get it to page 1, you'll suddenly get a lot of traffic and a lot more income. Success moves in stages.

So my point is, if you're 3 years into your WA membership and no closer to a trip to Hawaii, don't take this as a sign of failure. You could be 1 or 2 steps away from a sudden jump.

Just like summer bodies are built in the winter, successful websites are built in those darks days where you want to cry and can't get out of bed, because you're so frustrated with your (apparent) lack of progress.

My wife and I decided to get married on Kahala beach in Oahu back on March 21st. I was able to organize and pay for everything myself, again, a result of the hard work I've done since that fateful day in August 2012.

During the ceremony, before we made our vows, the minister asked us to spend some quiet time reflecting on what this marriage meant to us. We had the standard things to say such as, thanks for being my best friend and partner and so on, but one thing my wife said to me was a perfect reflection of all things you can achieve with WA.

"Thanks for giving me a better life". 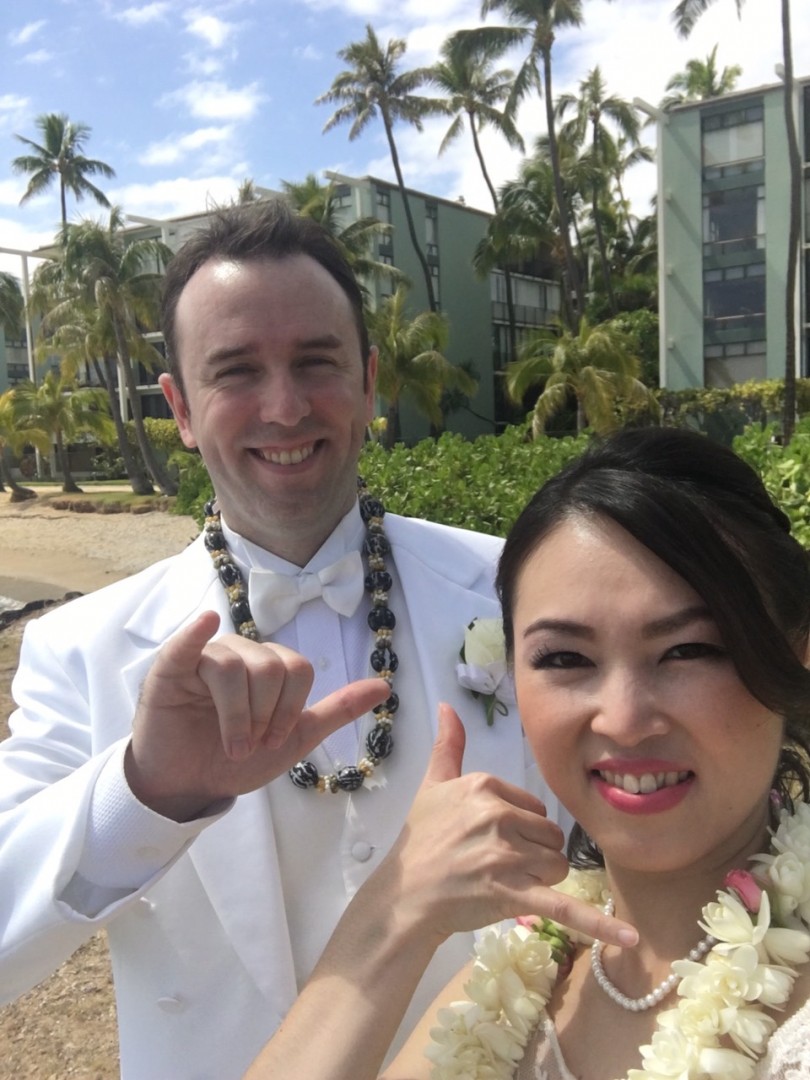 Write something…
Recent messages
IveTriedThat Premium
When you first joined, I was communicating with you initially from Maui while on my honeymoon. Now, I'm talking to you, in person, in Maui while you're technically on yours. Funny how that works out lol

I never doubted your success for a minute. You've had the drive and passion to make an Internet Marketing career. That was evident from the long emails from the very beginning. I'm thrilled to see just how far you've come and I still think you're just getting started. Hell, I find myself turning to you these days when I need advice on projects!

It's been great watching your progress from your start here and I can't wait to see where these next few years takes you.

PS. What are you doing for lunch?

Reply Like Like You like this
Mark1957 Premium
Firstly, very many congratulations on your wedding Dom.....I hope you and your wife have many happy years together.

Also, I love this blog, just like your others, because you tell it how it is and also give others, like me, the inspiration to stick with it for the long term.

Reply Like Like You like this
bryonbrewer Premium
@Mark1957
I try to find a balance between inspiration and showing off, so thanks for letting me know it worked :)

Reply Like Like You like this
Mark1957 Premium
@bryonbrewer
I don't read it as showing off at all Dom, simply a natural dissemination of truthful information.......stuff that we need to know and what can be achieved with the right attitude, time appreciation and work ethic.
Mark

Reply Like Like You like this
JennsTips Premium
That's awesome Dom, I can't wait to take my kids to Maui I have always wanted to go... Congratulations, by the way!

Reply Like Like You like this
pribs Premium
And now we're all lucky to know and learn from you, my friend. It's an honor to call you my friend and business partner.

Have a great time in Maui!