(Success!) What Can You Do In 6 Months At Wealthy Affiliate?

I've been at Wealthy Affiliate for about a year and a half. I've been a premium member for about 13 or so months.

Back in December 2018, I decided to build a website. I started it on a siterubix sub domain, and went at it, writing as many articles as I could. I think I was able to put up about 20 some articles in less than 14 days.

Come the end of December, and I decided to upgrade this site to a full-blown domain, and I have been building it out ever since.

I've been writing progress reports about this site for a while now, and it just so happens that it's the time to write another one.

Many often ask how much you can do within a certain amount to time, and so this will be my best attempt to show what someone can do in 6 months.

(NOTE: As always, success to each person comes in many different ways and for many different reasons. I've read of people who were making 2K by their 6th month, and others who didn't make anything until their 12th month.

So, just because my success is what it is, doesn't exactly mean that someone else would get the same exact results, especially since very few are going to be in the same niche as I am).

Everyone Wants To Know About Money... 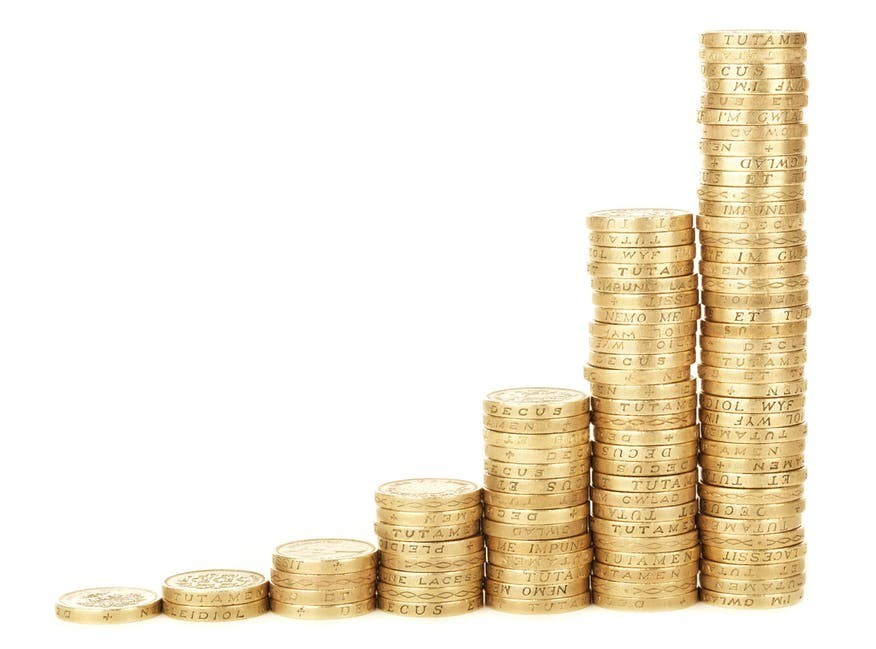 In the first 3 to 4 months of growing out our business, we really didn't make anything. You sort of just work on the site in the hopes that it will make money.

In these last few months, though, we've finally seen some money start to trickle in. Enough to see that if we continue working hard at it, we'll be able to fulfill our money goals with the site!

The first money we made was through running Google Adsense on our site. We've just made a little over $200 dollars from that (and have finally hit the minimum threshold, so we can now get paid out!).

The Adsense is easily making us more than what a monthly premium membership costs. So, while we're actually on the yearly membership, we easily made enough money within six months to pay for premium on Wealthy Affiliate.

But that isn't all we've made.

Besides for helping refer people to Wealthy Affiliate (and getting credits because of it), we also had the privilege of two of our referrals going premium!

Because one of the referrals upgraded to a yearly premium membership, those commissions aren't 'technically' mine until 30 days. So I probably shouldn't count them in this month's progress report, but... Oh well.

That brings the total of the money I've made in the last 6 months to the grand total of ~$380 dollars (more than that, but I like rounding).

In month 6 (if you count the yearly premium commission), I've made over $280 dollars. So things are definitely moving in the right direction.

How Many Articles Do I Have On My Site?

I had hoped to have over 200 articles on my site by now. But things changed and I got lazy, so it didn't happen.

But I was able to get over 100 articles onto my site by the end of our six months of existence. Many of the articles are only around 1000 articles, so it's not like I wrote a crazy amount of words during these last months.

And, as I have written before, I've had over 600 organic comments come into my site. Since I deal with a lot of scams, a lot of people like to comment that they've got scammed.

Many of the comments aren't really long, or add much 'meat' to my content. But, as my dad likes to say, Beggars can't be choosers, so I'm happy and grateful with whatever I get.

Traffic Goes Up And Down

My traffic is probably like car traffic (just without the honking). It can shoot up really fast, and I have over 1000 people to my site a day. Or it will dwindle down to like 400 people.

Currently, I'm in a low spot in my traffic. Just barely scraping by with 450-ish people coming to my site a day.

As I've said before, I'm just grateful with what I get, so where it is isn't too much of a problem for me. While i would love to be having 1000 people to my site a day like I have had in the past, I'm fine with where it is.

But, with the traffic I've been receiving, I have also been able to help refer quite a few people to Wealthy Affiliate.

Over the past months, I've been about to help refer dozens of referrals to Wealthy Affiliate. 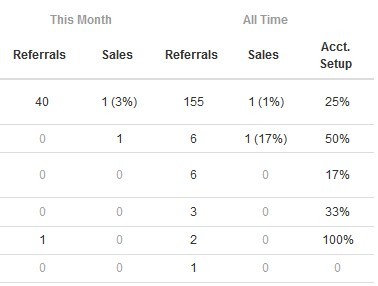 Some of you may do the math above, and notice that out of 173 referrals, only two went premium.

I won't dispute whether I have a conversion rate of 1 out of 90 referrals, but what I will dispute is that I really don't care about statistics or conversion ratios (for the most part I don't care...).

You see, I see it a little differently than most. The way I see it is that I've helped 173 people find an alternative way to make money online, one that is legit, scam-free, and definitely recommended.

If they don't choose to go premium that's their choice. As long as they are aware of alternatives, then I'm happy to have them make their own choice in this matter.

(Also, on the whole conversion issue - I didn't go premium until the 3rd month at Wealthy Affiliate. So I'm not really fazed by any of my referrals who don't go premium by their 7th day.)

Where Does That Leave You?

In light of all that I have shared, where does that leave all of you?

Well, I'm going to be honest. I enjoy promoting Wealthy Affiliate, and so why not in this post?

In the past six months, I've been able to put up 100 articles, and make nearly $400 dollars. And that should grow in the near future.

On top of that, in the past month alone, I've been able to make enough to pay for a 6-month premium membership.

I'm not going to lie - as in anything in this world, there is always going to be some sort of 'risk' involved in anything. And it's the same with starting your own business.

However, the reason I knew I was going to get results was because I told myself I wasn't going to quit until I saw results. So I immediately upgraded to the yearly premium membership, because I was here for the long haul.

So, here is my challenge to you - those of you who are still unsure about Wealthy Affiliate:

Check out Dylan's post on his success within his first six months. And look at other people who have had success in 2019.

See what you can do within that time.

I was right where you were a little while ago. Yet I chose to take a risk, and see just what I could do within a short amount of time.

Take a risk for your business. Commit yourself to 6 months of building out your site and hard work. And see just where you go within that time-frame.

Can't wait to see your success blog post in the future!
Join the Discussion

Write something…
Recent messages
Traveller75 Premium
Congrats, steady as she goes looks as though your off to a great start. here's to your success.

Reply Like Like You like this
Wdcope Premium
Thanks for sharing your post. I agree that it's important to look at positive aspects. So many programs out there, but they never tell you the real story until you sign up. Then the $1,000 upsell comes, or they explain they actually got that income by advertising more than they brought in initially. Few doing real organic growth.
Wish continued success next 6 months!

Reply Like Like You like this
AndyCalvin Premium
@Wdcope
Thanks William, and very true in what you said. Definitely happy about where I am, and with which program I going through!

Best of luck to you too as well!

I promised myself nothing less than a 2 year commitment and I'm sure I'll continue on beyond that no matter what. I love WA!

Right on! It's going to take sometime to make your business happen, and you definitely need to be in here for the long haul.

Best of luck to your endeavors!