Beware the woman in the red dress!

Hello WA members. I was watching "The Matrix" last night with Keanu Reeves. For those who haven't seen the movie, it's a futuristic Sci-fi in which humans have been reduced to becoming an energy source used in powering a world of machines. It's a real mind bender as it parallels a lot of what is happening with AI today. Anyway, in the movie, a small group of people are removed from their "dream world", what we truly believe is our reality, to awake in the "actual world", a very dark and dismal place where humans fight for survival while being hunted by the machines. Within this actual world, the humans use the machine world technology to return to the virtual world in search of others who will be able to fight in the resistance, but to do so they must first be trained to realize that the virtual world isn't "real" and that anyone in the virtual world could be someone who could kill them. During one of these trainings, the two hero and his trainer are standing on a crowded street in New York city when an attractive woman in a red dress walks by. The hero of the movie is distracted by her but then has his attention taken away by the trainer. "Did you see the woman in the red dress?" the trainer says. "Look again." When the hero turns his attention back to the woman in the red dress, she has become a program agent who is pointing a large hand gun at the hero. Here the trainer pauses the training and points out the heroes mistake. Distractions can get you killed.

Now, it may not be so devastating to be distracted here. I mean, no one is going to kill you if you get distracted, but it could mean the death of your business. Think of it this way. The things you do, the time you spend online, is either making you money or costing you money.

With all this in mind, has anyone notices a high volume of "pretty people" signing on to WA for free lately looking for a date? They may not say so directly, but it is obvious that they are trolling for successful but lonely men. Maybe it has always been here but I just noticed it because I've been here only about 3 weeks?

I'm talking about the women, and perhaps men, who sign on as members but leave bios that read like a dating site lure. One young girl actually stated outright that she enjoys sex and is looking for someone to do something to her. Really?! I suggested that she create a website here and earn enough money that she doesn't have to depend on a sugar daddy.

Look. Maybe I'm naive, but I think WA is for people who are truly working on developing their web building and blogging skills. It's a great place to ride around with your training wheels on and learn the basics of the business of "webbing" and keeping up with the task of responding to people who will hopefully be posting a lot on your own personal website. This community is awesome at helping each other with learning the ins and outs of creating and maintaining websites. Many minds working as one is supremely powerful! I have learned more in the past 20 days from member than I could have learned in a year on my own! It's the best money for education I've ever spent.

So . . . why am I posting here today? I fear that there may be some lonely people here who could be lured by these people and scammed out of real money, so BEWARE OF THE WOMAN IN THE RED DRESS!!!!

Write something…
Recent messages
sheikave Premium
Fortunately for me if someone look perfect in their account. It shows that they are hiding their insecurities. Also it is a red flag if they are not using WA as a place for personal growth.

Reply Like Like You like this
Carol46 Premium
Thanks for the warning, William. Unfortunately, these sorts of people are in all places they see as target spots!

Reply Like Like You like this
WHearn Premium
@Carol46
Too true. I hadn't thought of that because I use my computer mostly for writing my books and not for social media. It wasn't until recently that I found WA and began connecting.

Reply Like Like You like this
Kav Premium
Many minds working as one is truly powerful and I concur with you,
You've got sound advice for the young lady, I hope she takes it.
There are lots of distractions on this journey but the buyer needs to beware.

Reply Like Like You like this
WHearn Premium
@Kav
She is in the right place if she wants to make a change in her life, that's for sure!!

Reply Like Like You like this
sukumarth Premium
Your Matrix analogy with our propensity to get distracted is great. And your warning about the woman in red is well taken :)

Reply Like Like You like this
WHearn Premium
@sukumarth
Wow! Great insight!! It isn't just the pretty people that we must be aware of! ANYTHING can be that "woman in the red dress". Thanks!!!!!

Reply Like Like You like this
MozMary Premium Plus
lol , haven't seen the movie, I notice in nature like with the birds they have to be in tune with their intuition all the time and distractions really do get them killed, but us humans get a few more chances...for a while anyway!

yep, some weeks back we had someone asking could anyone handle her, I naively turned up to see what she needed help with, reading over her profile wondering what on earth she wanted handled and why no one had handled it in 3 hours, then I saw her username...sexiemissie2...which of course means there's a 01 and 00 been on before her, quite possibly

yes, they are pretty lazy to turn up to all these resources and prey on people for money...so it shows some of them really are not interested in a good opportunity when it does come along...

Reply Like Like You like this
WHearn Premium
@MozMary
So . . . confirmation that I am not crazy. Thanks!! Guess I "handled" that one little girl when I told her to get working and make her money an honest way? HAHAHAHAAAA 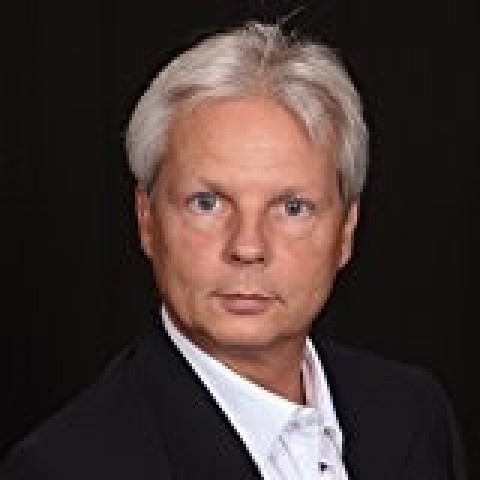