Are you Crazy or a Genius?

Steve Jobs Was a Visionairy

"Here's to...The ones who see things differently. They're not fond of rules. And they have no respect for the status quo. You can quote them, disagree with them, glorify or vilify them. About the only thing you can't do is ignore them. Because they change things. They push the human race forward. And while some may see them as the crazy ones, we see genius. Because the people who are crazy enough to think they can change the world, are the ones who do."
--Apple Inc.

Steve could see everyone holding up this small device that would connect us to the world around us. He had no idea how this vision would manifest into reality, yet he took his visions and followed the hunches, clues and signs that came into his mind. He had a keen sense of his Intuitive SuperPowers;

I can relate to Steve. My vision of co-creating a Global Self Sustainable Community has been present in my thoughts for decades. I can't shake it. It feels like my destiny. Can you relate?

Lost and Lonely in San Diego

As a child I didn't have a stable home environment. My folks divored when I was 2 years old. My experience was alot of moving around. I attened 11 elementary schools, 3 jr high schools and 2 high schools.

It was painful and difficult to feel wanted, and to have a sense of self worth. I wanted a different life for my family when I would grow up. In Landmark Forum, this is called a "Defining Moment."

I never thought that I would become a Hot Mess, and repeat the patterns of my childhood, before I "woke up."

One day my life came tumbling down around me, and I was devasted. As my 3 year old son was lying in the hospital, clinging to life, I had a "Moment of Clarity."

I heard the voice of Intuition Speaking to me. It wasn't a sound that I could actually hear. It was more of an all knowing, clear feelings, a sense and a reasoning that was very strong.

Later on, I'd discover this is what powerful people like Steve Jobs had access to and how his visions were a part of his Intuitive Internal Guidance System. We all have it and it guides us throughout the day.

There are may forms of Intuition.

Some of us are able to see events, objects or countless other clues in our minds eye, through dreams at night or by simply day dreaming. We use Dream Boards to paint a mosaic of what we wish to dream into reality. This is called Clairvoyance.

Others, hear sounds, and hear messages on the television, when listening to the radio, or a song they love. If you ask a question, you may hear the answer in response to your request. This is called the gift of Clairsentience.

Most people find that they are Clairsentient which is common to have a Gut Feeling about someone, or a situation, or circumstance that is happening. You might not know why the politician is a creepy person, yet the hair stands up on your neck when you see them on the television if you have one. My husband feels sick to his stomach when he sees someone speak BS into the camera. His gut intuition would later be confirmed when the creepy person was exposed for having a mistress, or a love child or other unethical act was revealed. Now I pay attention when shares his intuitive super power.

Have you ever known something, yet you dom't have any fact based evidence to prove it? You simply know what you know and you can't explain this all knowing sense within you. This is called Claircognizant. Scientist are often shown their next steps in solving a problem in the lab by taking a risk on an experiment by following this inner knowing.

Sometimes, you might experiece synchronicities such as a signs. These can come in numbers repeating themselves, or actual signs on the road, or someone calling you when you are thinking about them.

We all know that Steve Jobs was the Pioneer and token visionairy who would change our lives and the future of how we do business from anywhere we have internet connection. Yet, what we don't know is the importance of the Intuitive Super Powers that Steve Wozniak possessed.

He was the one who heard Steve Jobs try to explain his visions and relied on Wozzie to turn his visions into reality. Apple Inc. wouldn't be here without these two highly intuitive human beings.

One of them sees the vision and the other sees how to implement them. Their are many duos who changed the world like John and Paul who made music together and formed the Beattles.

WA has two powerful intuitives who created this platform that is another brilliant duo who are changing the future of online business.

As a mother, my vision was to create a safe, fun loving home environment for my two sons. I had no idea that my life purpose would be to get sober at the age of 27 years of age, so that my vision of being a better parent could turn into reality. It was the next step for me.

It made sense that if my sons knew they were loved, had some structure, parents who cared about them, a sense of personal responsibilitiy and self worth, that they might have a better chance to grow up with a contribution to society rather than taking from it.

Today, my long held dream of my sons and husband creating their own construction company has manifested. My hope was that it would take place when they got out of high school. Yet, sometimes dreams manifest in a different form and take much longer then we hope.

Today, my sons are 33 and 39 years old and have been rocking their business for a year. They reached their 2018 annual goal of $2 Million of work by June, and are still going strong thanks to this economy.

My youngest son, as it turns out is has amazing Intuition and his gifts of Clear Seeing plus hard work, confidence, and the ability to take a risk is why the company is doing so well. He actuall accesses all of his intuitive super powers collectively which I call being a Wizard.

Yet, he needed the skills and gifts of my husbands wisdom and gifts to launch his vision in a big way. Then my eldest son's gift of hard work and experience was added to the mix. They needed everyone's gifts to make this enterprise a success, including their 12 employees.

It's been 30 years since I got sober. Thirty years of unlocking my inner super powers known to me as my Internal Guidance System or Intuition. Before GPS, I would travel to Canada and often get lost. I began asking my body questions such as, "Which way should I go now?" Then I'd sense the words "Turn Left Here." It surprised me how accurate the answers were. I do love GPS today as its an amazing tool that I use all the time in my travels, yet it was a gift, that I needed to access.

My intuitive muscles need to be used on a regular basis or they can wane. One day, I had the thought - aka - intuition speaking to me, "What is available online for people like me who want to provide Affiliate Programs for my online programs?"

Lke many of you, my search was met with WA. As I took a look at it, my feeling was calm, peaceful and surprised to see this incredible platform. I've been spending thousands and thousands of dollars for online maketing skills and tips.

My long held Dream to co-create a Global Self Sustainable Community of Women and their families, is now possible.

What a Miracle this is to me! Oh, and a Miracle is Simply a Shift in my perception, from a thought or belief to a reality of proof.

WA has provided all of us the skills necessary to bring life to our dreams and visions using each one of our unique Super Powers of Intuition!

I admit, its early in the day, and this is my first draft and it can be improved upon. Yet, I wanted to write something. Anything. It began with the quote and transcribed into, well, this is the message that came through me.

YOU Are a Powerful & Prosperous Person with Super Powers Beyond Your Wildest Dreams!

If you feel Inspired to read my book, its on Amazon. "The Power of Sexy Relationships: Stories From the Heart to Live Your Passions & Embrace Your Purpose."

Today, I'm a grateful gramma and I get to play with my two granddaughters ages 2 and 4. Together, we pretend to be Mermaids with Magical Unicorns while singing and dancing. Although, we Believe that this playground is Real!

What Are Your Intuitive Super Powers?

Kyle and Carson are the perfect visionairies for our time because of the value to place on intregrity, excellence (a quality that is like a muscle for me and I need to exercise it more and more), and education. I love how they write the lessons and then give us the video to match it.

I'm waving my magic wand to invoke the creativity to attract the time, talent and treasure that will allow my global vision to turn into reality.

If your're a crazy dreamer like me then please write your wild dream or vision in the comment box.

I Beleive, "When two or more people hold each others dreams in their hearts miracles happen!"

Thank you for taking the time to read this all the way through.

Write something…
Recent messages
Fleeky Premium
To you
❤️

Reply Like Like You like this
kpercival55 Premium
Beautiful Nancy!
I feel you speaking to my soul. I’ve had many of the experiences you described and didn’t have a name for them. Sometimes I felt like I WAS crazy!

I have clear vivid and colorful dreams that often foretell events. I can still recall dreams that I had as a child, or have had multiple times.

My “gut instincts” are very trustworthy, it doesn’t take me a long time to make a decision, and when it does I’ve learned that it should probably be postponed.

Congratulations to your family on their successful business.

Thank you for being my “vision sister”!

Have a nice weekend!

I am encouraged by your words and your writing.

Reply Like Like You like this
Visiondancer Premium
@LauraFuller
Laura, thank you so much for your feedback. I'd love to hold your dreams in my heart. Please feel free to send them to me via private message or post here if you choose to. Dreams needs witnesses to energize them. I'm going to follow you if that's alright with you. Create a Beautiful Day! 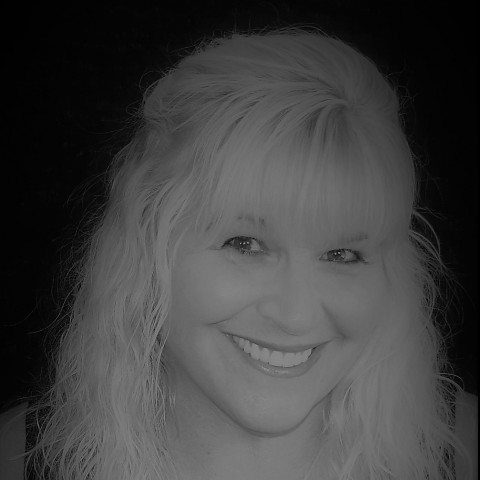 2Years
View Visiondancer Profile
Follow visiondancer
Visiondancer's Posts
7 posts
View all
Women are LOVING the Gig Economy...
5 comments 13 likes
Aloha! If you want to smile watc...
2 comments 11 likes
How to Create a Powerful CPR
8 comments 14 likes
Celebrate Your Divine Feminine S...
1 comment 14 likes
Are you Crazy or a Genius?
9 comments 11 likes
Trust Your Gut Before You Get In...
22 comments 15 likes
The Summer of 2018 - Co-Creating...
3 comments 4 likes
Hold Tight!