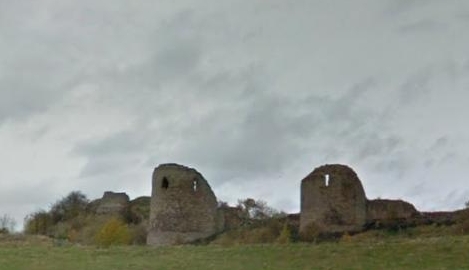 Being part Scottish, I am taking more than a passing interest in Scotland's quest for independence. Whether this is good for Scotland I couldn't say. Maybe we'll know soon enough. My Scottish ancestors originated in Normandy, and came to England in the 12th. century, some of whom settled in Scotland c 1162 A.D.

This morning, I visited the ruined castle at Chartley, a hamlet a few miles from my home in Staffordshire. It was in the manor house next to the castle where Mary, Queen of Scots was held captive before she was taken from there on September 21st. 1586 to Fotheringhay for subsequent trial and execution.

As I stood on the remains of the castle's structure ( where I was knowingly trespassing ! ) I felt a deep pang of regret for Mary, as I tried to visualise the sorry procession of the captive Queen, her entourage, and the tyrants who captured her.

The point of me writing this is because the number of people in the area who aren't aware that Mary was held here is quite surprising. Lack of interest generally in local history seems to be quite significant. This area is steeped in history, and yet the complacency and general lack of interest is rife.

I hope there will be some interest with some of the things I'm hoping to do within WA.

Write something…
Recent messages
kholmes Premium
Sounds awesome, I will make it there one day. I have English and Scottish ancestry and so want to visit over there. Thank you for sharing.
Kim

Reply Like Like You like this
veteran Premium
@kholmes
Thanks for that Kim. Sometimes I feel very close to the distant past. Maybe that's how it is with many of us.

Reply Like Like You like this
kleblanc13 Premium
Scotland is an amazing place. I've been three times and was lucky to have a tour guide who loves learning and sharing the history. Yes, it will be interesting to see how this quest for independence turns out --Alba gu bràth! 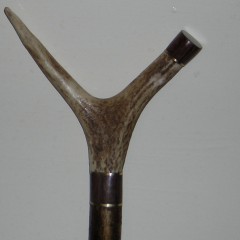