Best One Yet (Email Scam)

Well, I say the best one yet but it obviously wasn't that good, or I would now be one identity less than I was before.

Has it really only been just over two weeks since I posted 'Back Just In Time For A Scam And An Apology' ?

This is probably (and I say probably because who knows how far these scam artists will go to get their hands on your personal details) only applicable to the UK.

Having submitted a number of forms recently to the DVLA (Driver and Vehicle Licensing Agency- A government body that deals with driver license and vehicle registration amongst other things. DMV would be the equivalent) I was not unduly concerned when I received an email bearing their name.

I was more intrigued when I saw the body of text and what it was that they were asking of me. 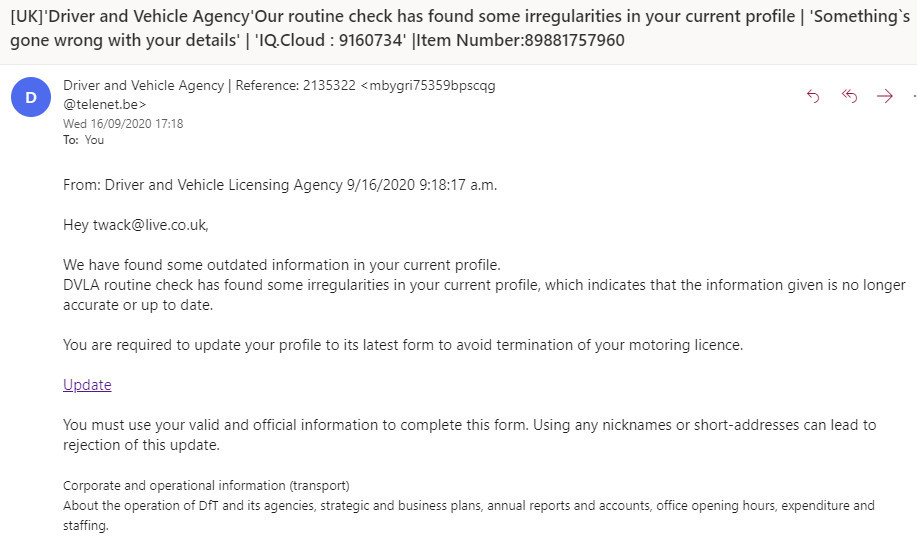 My mates from the DVLA needed me to update my profile, cool, why not.

I am merely responding 'in kind' to the familiar reference 'Hey' at the start of their correspondence. Not what one would expect from this particular organisation.

I also point your eyes in the direction of the sender's email address which is interesting enough, you'd think DVLA would have their own domain linked emails wouldn't you ?

Add to that, as far as I am aware, there are no 'profiles' within DVLA, though I might be mistaken, it does happen (quite frequently). 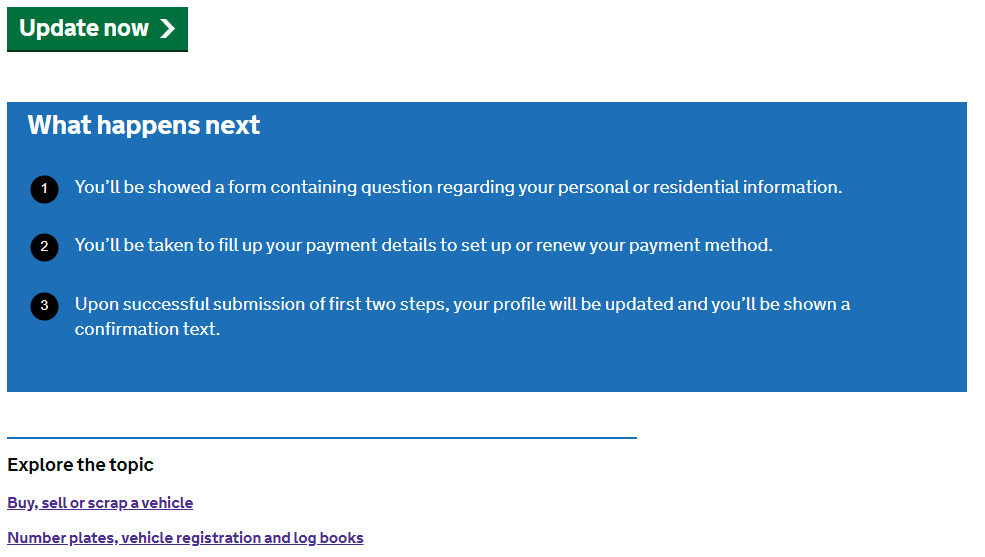 Now, I do not recommend clicking through on any dubious links, however, for the purpose of good investigative journalism and a desire to sniff out bogus email scam and purveyors of identity theft, I did dig deeper. 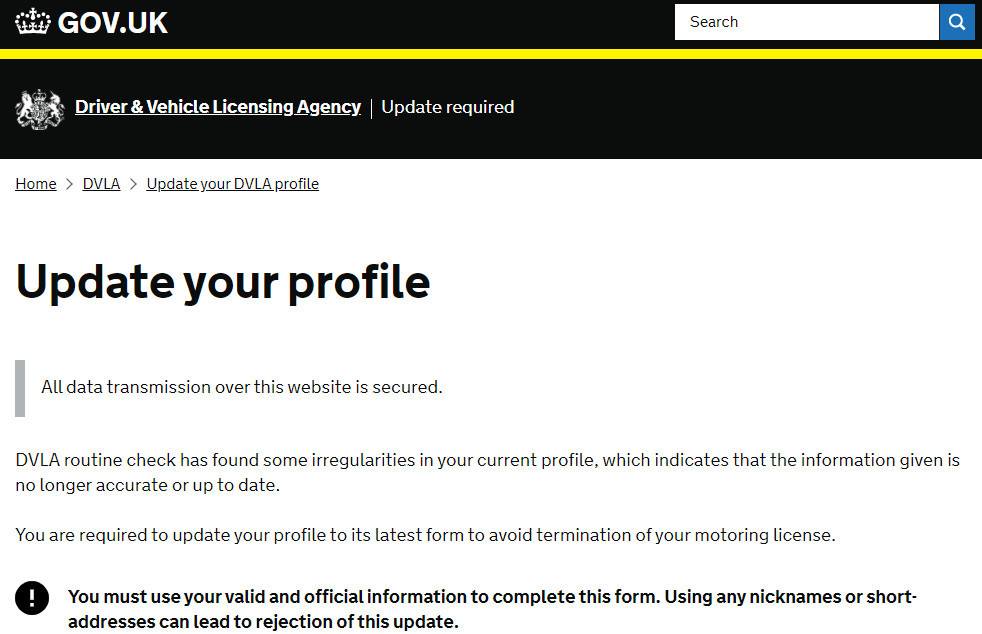 To be fair, this isn't a bad one, they must have used some of that web page 'cloning' software that's out there, as this is pretty good.

The footer was also loaded with various departments and official sounding titles. That said, none of them went anywhere, you were taken to the same page each and every time.

There you have it, bringing you the latest (that I have received and is worth passing on) email phishing scam (and as a way of breaking the ice, I didn't want my first post back after my longest break ever to be 'AWKS'. I'm not shouting, apparently that's how it's written)

Before departing, I shall say the same thing as I did at the end of the last email scam post, if you're ever in doubt, just delete it and go to the site in question through a new tab and never through links in an email.

I have got loads to tell you but it will have to wait a wee while. Hope you're having a trailblazing Thursday.

Write something…
Recent messages
keishalina9 Premium
*** Good on YOU, Twack! ... for catching out these 'scampsters!' ...

Appreciate YOU sharing this ... nice try these 'guys' ... glad you caught them out and the url needs to be reported to Interpol, perhaps? ...

Reply Like Like You like this
Twack Premium
@keishalina9
Thank you Keisha, I did the usual of marking it as a 'phishing' email. I believe it all helps.
We just have to keep making everyone aware as much as possible so that no one loses their 'shirt', so to speak.
Thanking you kindly for popping in.

Here in Canada we are getting lot's of "Phone Phishing" calls.

The perpetraters claim they are from the tax department and warrants have been issued for our arrests unless we respond to their call immediately.

Unfortunately, some will fall for this because it sounds so threatening.

Stay well my friend from across the pond.

Reply Like Like You like this
Twack Premium
@PMindra
Thank you Paul and you're very welcome. They will continue to invent new ways to take advantage of people. We just need to be vigilant and if we have even the slightest tingle that something isn't right delete, or in the phone instance, hang up.
Always good to see you.

Reply Like Like You like this
CCelest Premium
Hi Twack. It is amazing how the scams are getting more convincing day by day. I guess that with the world's present situation, hackers have all the time in the world to put their devious schemes to work.

Glad you could spot this one out Twack and thank you for pointing to what gave them away.
Carol

Reply Like Like You like this
Twack Premium
@CCelest
Thank you Carol and you're most welcome. You are right and it's probably more prevalent now due to the increased amount of time people are spending online.

Reply Like Like You like this
lesabre Premium
Hi Twack, I think scams will always be there. I feel sorry for the victims. I thought I had figured them all out, but I recently spent $3.95 for shipment of a new Samsung phone just for filling out a survey for Amazon. It looked so real. I also get some of these from PayPal.
Glad you did not fall victim.

Reply Like Like You like this
Twack Premium
@lesabre
Thank you Michael. I think we've all done something like that. I remember doing something very similar, years ago, for a games console. It never turned up, instead, I was sent a silver dollar ???

Reply Like Like You like this
RamiSociable Premium
Scammers will scam only in all my yrears have never fallen to one especially a phishing one. can see how they may succeed on a commerial one to extract money off you by using greed as the bait only never fallen for one of those either. It is as you say a matter of finding out if you are not sure only in my experience the delete button is faster!! ;

Trust you are having a good one!.

Reply Like Like You like this
Twack Premium
@RamiSociable
All so very true. I would have been very surprised if you had been taken in by one.
Most times they're in the bin before they've been opened.
All good here, about to begin taxi duties.
Hope your day is moving along according to plan and is enjoyable to boot.