And this COVID-19 too Shall Pass!

Throughout history, there have been times when the survival of humanity has been threatened – by nature or by ourselves. From the Black Death which plagued Eurasia in the 1340s to the more recent Second World War, mankind has repeatedly been challenged by calamities.

With the havoc COVID-19 is currently wrecking worldwide, can we say that this is the end of all things?

Similarities with the past

If you were to ask a senior citizen who survived World War II, he/she would point out many similarities between the early 1940s and today. A writer recently remarked that the main difference between then and now with regard to the current lockdown is that, “Today, we are not being bombed.”

But the list of similarities are undeniable: closure of schools and job sites; postponement or cancellation of sporting events; increase in the number of treatment facilities, mobilization of the military, suspension of routine social, religious and economic activities – a virtual shutdown of every area of life

. . . which has been the situation during every major disaster the world has ever known.

Calamities the world has witnessed haven’t only been on a large scale. Others have – on a smaller scale – devastated lives in one corner of the world or another.

Whether it’s the Korean War, the Gulf War, Africa wars for Independence, the outbreaks of SARS or EBOLA, or the global financial crisis, people in different parts of the world at some point in time have had to get through one facet or another of what’s currently unfolding. Just that often times, calamities which occur on a “small” scale are either ignored or overlooked because as a recently-published Wealthy Affiliate post puts it, “we only ever get concerned if it impacts us personally.”

The "magnitude" COVID-19 has gained in recent weeks could be attributed to a couple of reasons:

Most of the world’s current inhabitants – unlike the world itself – have never experienced a scourge in their lifetime.

So it appears like “this is the end.” But just do a little research, and soon you’ll realize that, as the Bible puts it, “. . . there is nothing new under the sun.”

Unlike during past pandemic, today, there’s availability of commercial flights that could literally transport diseases from one continent to another in a matter of hours – not days or months – causing it to spread like wild fire; while media coverage and the internet deliver news and graphic images to our homes and in our palms every second of the day.

One thing we need to understand is that the effect of a global calamity is always proportional to the state of advancement of the world at the time.

The world as we know it today is in its most advanced state ever. Never before now have we known development and advancement of this importance.

Such is the level of advancement of our world, such is the impact of the pandemic.

Why do these things happen?

Two things come to mind when I consider this question.

Firstly, this is Mother Nature’s way of reminding us of our inadequacy. With all the sophistication and technological advancement, we remain but humans . . .

Secondly – and similarly – as some economists of old suggested, this is Her way of putting a check on our actions and activities.

Though painful it may be, especially considering the massive loss of lives currently experienced in countries around the world, and the consequent unprecedented level of bereavement, our present realities are occurrences which have somehow always been around.

“The World will no longer be the same”

In times like these, a common saying we read in the media and hear from prominent lips is “the world will no longer be the same”. When you hear or read that, you have the impression that there’s no hope after a disaster. It was a common expression after the September 11 incident. But did mankind stop flying after 2001? Not at all!

The point I want to make is, there is a negative connotation attached to those words. Saying “the world will never be the same” as it’s said in cases of devastation is simply an exaggeration of a common truth. As a matter of fact, the world never remains the same – no matter what.

In the few years I’ve inhabited the face of the earth – and from accounts of those who existed before me – I’ve seen that circumstances are not eternal. Things come up for a while and then they go. They are but for a designated period. COVID-19 is no exception. It’s here for a season. And I can assure you that, sooner or later, it’s going to pack up and leave.

Life will have to go on. Things will return to normal. Though there will be irreparable losses - especially of loved ones - hope will eventually be restored.

In spite of all we are going through, humanity will overcome – and thrive – like on every other occasion before COVID-19.

“What has so often excited wonder is the great rapidity with which countries recover from a state of devastation in a short time . . .”

What to do, then?

What I’ve learned to do in times like these – and which I think is worth it – is simply “to live on”. There’s a saying that “you can’t change the world, but you can change yourself.” Another one goes: “What will be, will be.”

So, instead of worrying over things beyond your control – although somewhat justified by the human nature - turn a blind eye on the reality, and simply live on: have faith, and carry out your duties and responsibilities, in addition to protecting yourself from exposure to the Virus. Stay at home, stay safe and observe other COVID - 19-related directives.

This is also a perfect time to “flee” all distractions and START AN ONLINE BUSINESS, or work on your business - if you already have one - as some members are doing and have recently been advising: create content, market your content, do trainings, learn new skills . . . In short, catch up on things you’re lagging behind in.

That’s your role in all of this.

This too shall pass!

Considering that history has shown that all these things have happened before, and that others are yet to come, there’s no need to panic or expect doom.

COVID-19, which has of recent become the single greatest topic being discussed worldwide, is just the next on the list of major global scourges. But like all others before it, it’s bound to take its exit in order for life to go on.

Indeed, this COVID-19 too shall pass!

Write something…
Recent messages
BAnn1 Premium
Your perspective is refreshing. Thank you

Reply Like Like You like this
JeffreyBrown Premium
Take it one day at a time and you will be fine! Any more than that becomes too much to digest! The difference this time around too is that we had a media with an agenda and they were putting people into panic mode about this current crises right out the gate! They should be arrested and locked away for their irresponsibility, Imho!

Reply Like Like You like this
Trodvies Premium
@JeffreyBrown
Indeed, Jeff, the media are playing a negative role unlike in the past. But more and more people are getting to understand what they're up to. For my part, I just continue working until all this dust settles.

Reply Like Like You like this
BAnn1 Premium
@JeffreyBrown
Their agenda - for the most part - is to inform and to get followers.
As for people being in panic mode - the facts themselves of what is happening world wide are enough to cause great concern - if not panic.
I, for one, would rather know what's going on than to be kept in the dark.
What was irresponsible about telling us what was going on?

Thanks for posting those links. Started watching the videos; had already seen a number of related ones. Indeed they provide comfort to those who have been discouraged by current events worldwide. Thanks once again for sharing them. 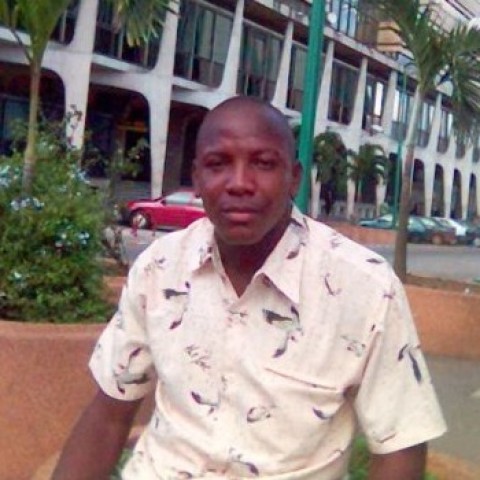