water everywhere but not a drop to drink.

“WEALTH AND HEALTH.”
“Put yourself on the line and be the master of your time.”

Water can be a problem if you are shipwrecked at sea as you cannot drink it. There is water on the land supplied in your own home on tap for you aplenty to drink. Yet a lot of people do not drink enough of it at times.

I myself have been guilty of not drinking enough water and getting headaches from dehydration. Being busy at work not stopping for brakes were the problem. Young people today carry water bottles around with them these days which I thought was silly but now I know better. One thing we old timers never did.

Three liters a day seams a lot for me to except at first but when you first get up in the morning you should start with a drink of water and work your way through at two hour schedule then it will work out fine.

It is amazing what it did for my dry skin. I was rubbing my flaky legs with a scour. A fine one that I use as sandpaper for rubbing down cars before I paint them. The have taken the place of sandpaper.
My eyes have always been itchy. Not now, my face is feeling smoother.

Our body is about 75% water and so I am pleased with my whole system is improving gradually and any perspiration does not seem as salty.

Any alcohol is not giving me headaches as my fluid in the brain is normal instead of being dehydrated before I start drinking. Our skin cells are regenerating as normal as well as our concentration is improving. Drinking water before meals stops us from overeating.

If you feel hungry between meals have a drink of water it should make you feel full again but if in thirty minutes you feel hungry then you are hungry for food, not thirsty as some people think they are hungry when they need a drink instead. Tea and Coffey within reason can be counted in the three liters.

Comprehending Engineers-Take Three
***************************************************
A
pastor, a doctor and an engineer were waiting one morning for a
particularly slow group of golfers. The engineer fumed, "What's with
these guys? We must have been waiting for 15 minutes!" The doctor chimed
in, "I don't know, but I've never seen such ineptitude! "The pastor
said, "Hey, here comes the greenskeeper. Let's have a word with him."
[dramatic pause]
"Hi George. Say, what's with that group ahead of us? They're rather slow, aren't they?"
The
greenskeeper replied, "Oh, yes, that's a group of blind firefighters.
They lost their sight saving our clubhouse from a fire last year, so we
always let them play for free anytime."
The group was silent for a moment.
The pastor said, "That's so sad. I think I will say a special prayer for them tonight."
The doctor said, "Good idea. And I'm going to contact my ophthalmologist buddy and see if there's anything he can do for them."
The engineer said, "Why can't these guys play at night?"

Comprehending Engineers-Take Four
**************************************************
There
was an engineer who had an exceptional gift for fixing all things
mechanical. After serving his company loyally for over 30 years, he
happily retired. Several years later the company contacted him regarding
a
seemingly impossible problem they were having with one of their
multi-million dollar machines. They had tried everything and everyone
else to get the machine to work but to no avail. In desperation, they
called on the retired engineer who had solved so many of their problems
in the past. The engineer reluctantly took the challenge. He spent a day
studying the huge machine. At the end of the day, he marked a small "x"
in chalk on a particular component of the machine and stated, "This is
where your problem is".
The part was replaced and the machine worked
perfectly again. The company received a bill for £50,000 from the
engineer for his service. They demanded an itemized accounting of his
charges.
The engineer responded briefly:
One chalk mark £1
Knowing where to put it £49,999
It was paid in full and the engineer retired again in peace.

Reply Like Like You like this
Tirolith Premium
@VioletLight
How much will it cost me for you to find this blog for me as I have lost all my blogs?

I live upon the range west of the most easterly point of Australia in a small bush town called Tenterfield.

We have no water as our dam is almost empty and contaminated from the bushfires and fire retardant.

Now the old town water filtration system has broken down and the tap water stinks.

Water is the most important food source for life so treat it with respect.

Reply Like Like You like this
VioletLight Premium
@Tirolith
By contrast we are continually flooded out here, I wish I could send you some of the water that collects in my yard till I need a boat to get across it! Knowing your situation now I won’t complain again.

I’m sorry to hear you don’t have water where you are, is anyone doing something about the dam? Do you pay water rates or anything that entitles you to clean water? Hope you get some help soon. Is there anything I can do?

I’m not sure I understand about finding your blogs but I’m sure site support could find anything you’ve lost for free. Hope this helps.

We are buying bottled water.

Just keep smiling and show the World your inner beauty, your personality.

One of my many quotes.

Reply Like Like You like this
Yenomym Premium
Good advice. Drinking water is very important to us all. When you get thirsty for water, nothing else can take its place. Thanks for reminding us have valuable water really is for our wealth and health.
Marilyn

Reply Like Like You like this
pattucker Premium
Thanks for the reminder... I have a water bottle right next to me and still forget to drink. Pat

Reply Like Like You like this
Loes Premium
Great jokes and great advice, I went to the kitchen right away and poured myself a longdrink of water!

Reply Like Like You like this
KatieMac Premium
good advice have to say I am always drinking water but I have to say I do not like any hot drinks other than soup..did enjoy the story of the engineer good for him

Reply Like Like You like this
Tirolith Premium
@KatieMac
Good to have a laugh.To be able to laugh about life is good for you. To be positive is the best for you. Thanks Tom.

Reply Like Like You like this
Tirolith Premium
@KatieMac
If you want value for money next time you are in a group give them a reason to smile. For your one impute you get that many back for your one.It will give you a lift. Good for your health. #wealthandhealth is my fan page. 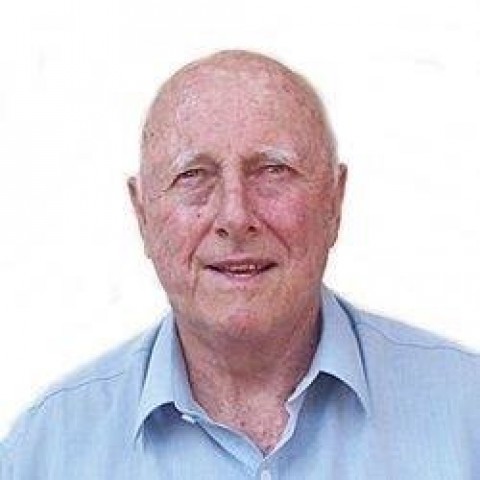