There are a couple of motivational speakers that I have learned from in my life that have uplifted me and given me the strength keep pressing on when I was ready to give up. I want to talk about them a bit and then find out who has inspired YOU in your lifetime.

Nope, I'm not talking religion or faith-based gurus here, but 6'7" Tony Robbins. Love him or hate him, he has inspired millions of people to create better lives for themselves.

I first heard him speak when I was at a particularly low point in my life in my mid-30's. Having come from a fairly negative family background, especially having a lack of strong male figures to look up to, it was wonderful to hear such positivity from a man! A strong, upbeat, successful male figure who shared his story of how he pulled himself out of a bad situation and created a successful life for himself.

My husband and I went all in, buying the Personal Power II: The Driving Force 12-part lesson plan (in cassette tape - does that tell you how long ago that was?). We had the notebooks and the life plans and listened to every one of the tapes. And you know what? Every goal but one that we wrote down in the exercise books has come to pass. Every modest dream we reached for became a reality.

The one goal of retiring with a certain amount of money hasn't happened yet. And the funny thing is, we actually reached the monetary goal but then realized we were too young to actually retire because of inflationary reasons. The amount of money we thought we could retire with won't sustain us into our old age as we had hoped! Is that poor planning or do we just need to adjust our goal? We thought that that amount of money would be all we needed. Wrong.

Well, this isn't Tony's fault, anyway. But we kind of drifted away from Tony after following his lessons. He virtually disappeared from the motivational scene for awhile due his own personal problems. Now, that's kind of ironic, yes?

But he is back, strong as ever. We've absorbed his lessons though, so don't feel the need to hear him talk about them over and over again.

The Teachings of Abraham

Now, this is kind of too woo-woo for some people. It requires that you believe in an afterlife, which a lot of people don't, but I do. That you believe in the idea that there is more to "life" than what happens here in our consciousness or existence here on Earth.

In a nutshell, everything is energy. Everything. When you ask the Universe for something you truly desire and align your energies with that desire, you have to receive it. The trick is, how do you align your energies? What do those energies feel like?

This is what they (Esther and Jerry Hicks) talk about in their books. They are very enlightening, but you do have to be willing to take a "leap of faith" so to speak. But this is not a religion, not at all. It's more of a belief system.

Do you remember the book Think & Grow Rich by Napoleon Hill? The Teachings of Abraham are very much in accord with Hill's book, he just uses slightly different terminology but it's the same theory, in my view.

One of the things Napoleon Hill teaches in his famous book is that "Thoughts are Things." Thoughts have power. Thoughts can create things, and thoughts can destroy things.

Probably. But this is something I've been thinking about a lot lately. What is it that I turn to whenever I'm discouraged in life? What helps me get past the potholes in life without too much stress?

And I remembered that it is the teachings of these two, Tony Robbins and the Hicks, that I've carried with me most of my adult life that have helped me so much.

Who or what inspires you? What pushes you forward to keep fighting when you sometimes just want to throw in the towel? I look forward to hearing your thoughts. Please share!

Write something…
Recent messages
MarkBa Premium
I follow the teachings of Abraham too Susan. I've been to a couple of live events, read the books and watch their videos regularly too. I guess it's not for everybody but if something resonates with one then that is surely a sign that we are in best place for us. :)

Reply Like Like You like this
SWagner2 Premium
@MarkBa
For some reason this makes me so happy! I agree with your last sentence, too, we must be in the right place. I've never met so many followers of Abraham's teachings online as I have here. Wonderful. :^)

Reply Like Like You like this
GailLowe Premium Plus
You are a lady after my own heart! These two people (if you can refer to Abraham that way!) have been my own rock for many years too and I listen to motivational YouTube videos from Abraham/Hicks every day - I love them. They are also quoted on my niche site which really relates to their teachings a lot.

In my teens a was also really influenced by Richard Bach and the Jonathan Livingson Seagull book, along with the his other books, The Reluctant Messiah and The Bridge Across Forever.
Since, then, there have also been the Conversations With God books by Donald Walsch. They all seem to have something to say to me.

You've brought a great big smile to my face as I remember all the amazing people who have helped me in one way or another!
Thank you.
Wishing you an amazing day.
Gail.

Reply Like Like You like this
SWagner2 Premium
@GailLowe
Oh, I'm so glad you follow the Hicks! I really enjoy their books and have grown so much personally from reading them. I'll have to check out the videos, too.

Reply Like Like You like this
GailLowe Premium Plus
@SWagner2
Yes I love the videos. They are mainly from their seminars but there is such a lot of good information there.Let me know what you think. Gail

Reply Like Like You like this
GailLowe Premium Plus
@SWagner2
Yes I love the videos. They are mainly from their seminars but there is such a lot of good information there.Let me know what you think. Gail

Reply Like Like You like this
JerryMcCoy Premium Plus
I am motivated by my faith. My faith teaches me to accept that life is going to happen but when we ask for help in the right attitude and in the right way our prayers will be answered. Another thing, I am just too stubborn to quit.
Jerry

Some people inspire me through their words, others through their life stories, and yet others with their beautiful creative works. Some are philosophers, some are scientists, some are creatives, and some are business speakers.

I feel really lucky to have personally known so many inspirational people too. We didn’t have much growing up, but because I loved learning and did well at many things, I got to know, and study with, some beautiful and accomplished people. Powerhouses in their fields. I was like a little mouse next to each of them. I only really appreciate that now.

But all my heroes are growing old. A number have passed away in recent years. It’s stinging me, slightly, to think of all the time and hope these people invested into me as a young student, and to wonder if I am honouring the faith they placed in me.

Actually, now I write it, the sensation has been eating away at me slowly for a while. The news of each person’s passing makes it a little stronger.

Then - Just an hour ago, I received an email from one of these larger than life figures from my childhood. It was a request for help in cataloguing all their great life’s work. The reason? Because they wrote... they are thinking of the end of life approaching. :(

So... Just an hour ago; that stinging sensation again. I said yes. I will visit you every weekend until the job is done.

I am crazy busy, and may regret losing time to such a Herculean task. But right now, all I can think of is how many people this one person ‘made’ over the course of their lifetime, and how grateful I am for their continuing inspiration.

And it's good of you help your friend catalog their life's work; you most likely won't regret it at all.

Reply Like Like You like this
IvyT Premium
@SWagner2
It certainly feels like a righteous and beautiful thing to do, and my hope is that in cataloging, there is a possibility for others to encounter and benefit from this person’s life work. Many years from now, still.

You know, where not prevented by copyright, I even offered to set up a legacy site where the entire catalogue could be shared with the public, Gutenberg style. I thought, maybe WA training and hosting might help with this!

But I’m not completely sure about the limitations of our hosting here.

@Carson, @Kyle ? If I were to scan thousands of items - is there a memory restriction on how many and how large the files in a giant repository?

Reply Like Like You like this
SWagner2 Premium
@pitofly
I have to honestly say I'd never heard of Forbes Riley, so I had to look her up and read about her. She does have a very inspiring life story! 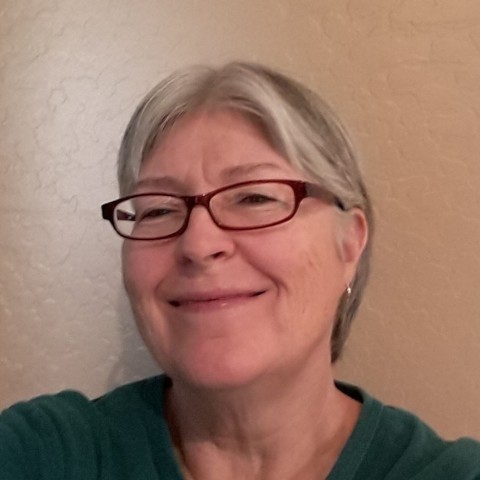