My #10 grand daughter turned one year old on the 27th. The parents were throwing her party on the 30th, but I completely erased that from my memory and went two hours south to see her on her 1st birthday. What a ditz!! The family was unprepared to celebrate on Saturday, but I think because I showed up they went ahead and had a small party for her anyway.

The other grandkids had no idea I was headed their way, nor did the parents. Ooops!! I called to tell them I was running late and that's when I realized I had gotten my dates mixed up. But my son said come anyway. I arrived with an overnight bag just in case the visit went long...always prepared, you know.

When the doorbell rang, the kids came to the door and all sang out very loudly.

What a marvelous greeting. Couple it with all the hugs and kisses and other joyful noises ... like 5 kids talking at once .. and don't you know you have an instant party. Yep! Best laid plans of the parents don't always work out as they hope. We visited in the afternoon and baked a cake. The two older girls were determined to make something special for the birthday girl.

And it was special. They even made fondant. They even still made a small, individual cake for her highness.

But before we decorated the cake we went to the mall to get a birthday present. She had received mine, a stuffed, pink piglet that plays peek-a-boo. Funny, this toy was marked for 3 years and up. Yet I don't know a 3-year-old that plays peek-a-boo the way a one year old does. So in spite of the manufacturer's recommendation, I got the toy for her. No potentially loose pieces that I saw. Just an adorable piggie that gigled and laughed and moved her hooves to play peekaboo. She loved the gift. She also loved the card that sang "If you're happy and you know it clap your hand." Over and over again that card was opened and shut...and it was so loud. I regretted purchasing it, except for the wonderful reaction she had when she saw it. Oh well...now the parents get to listen to this very loud card singing on and on. LOL

So we went to the mall and the first place the kids took me was the Lego store. What a fabulous place. Got a picture of the kids with the Lego Santa. Fantastic!! I had no idea Legos had evolved to the popularity it is today. This is definitely something that has no age limit. If you ever get a chance to go in a Lego store or museum, by all means, go. The artistry and technical builds are just breathtaking.

Then I went to the tea store and we checked out some teas for our Christmas party scheduled for January 2nd. The kids tried every single one on sample. They only liked a few...and that's what we got. So hello, tea party, here we come. Fancy tea in fancy cups and teapots. How they love having tea with gramma. And you can bet I enjoy every second of their enjoyment.

We came home and had dinner and it was back to the grindstone with the cake decorating. What an ordeal. The cakes were not cooked properly, so we had to use frosting to GLUE the pieces together. LOL. What a trip. The princess had her own cake. She also had her very first scoop of ice cream. The faces that accompanied the first taste of such a delectable treat were priceless...and she kept watching all of us taking pictures and squealing at her. She was quite patient, as she quietly went about her business of devouring the cake.

She opened a few presents, stayed up for another 1/2 hour and it was bed time. She cried for a few moments and soon was out like a light. Then to 3 and 5 year old boys went to bed. The 8 and 12 year old girls stayed up for another hour or so playing games with us. We played catch phrase and some new form of pick up sticks. There are metal rods with hooks on them and you have to add them to the structure without dropping any. If you break the structure...everyone laughs, of course, and then you are out! Guess who broke the structure? You got it! Gramma! But my piece stayed on for a few seconds. If only the 13 (she's 2 weeks from her birthday) year old had been faster on the draw, she would have been blamed. LOL again.

Then it was time for the girls to retire. Hugs and kisses all around...and the sun in the household has set. We watched a movie. The grandmas snoozed on and off. Finally everyone went to bed. I was left a lone with the sofa. It felt good to close my eyes. I awoke earlier than the rest of the family, other than the other grandma. She was up a few minutes before me. Then the kids woke one by one. Each took turns cuddling with me under the blankets on the sofa. How precious are those moments. The five year old thought I had driven back home to get my PJs and came back just so I could spend the night with HIM!!

One by one, minute by minute, the sun rose in the Cinci household. What a privilege it was to have spent such a special day with the family. I never noticed the process of bed time when I stayed with them before. They had sold their house at Thanksgiving time and are living with the grandma while they wait for their new home. It's cozier so you see more. It was a very touching visit.

Even though it wasn't as planned, I think we all had a wonderful time. We just decided to be spontaneous for the day. Sometimes that's a good thing...teaches kids to be flexible.

I hope you don't mind my sharing this special day with you. It was just such a joyful time that I had to fill you in...knowing how important family is to so many here at WA.

The holiday continues and it's almost a new year. I hope to blog on the 1st or 2nd. We can bring this joyful time to a conclusion and move on to a new and exciting year. Though I cannot imagine any decision this upcoming year being as important as the one I made on July 20th 2014. That's when we started getting to know one another. Now that's another story altogether, isn't it?

We shall continue writing our story...without too many typos.

Write something…
Recent messages
booklover2 Premium
love my grandbabies! they have taught me many things, especially patience!

Reply Like Like You like this
SoupGypsy Premium
@booklover2
I believe the biggest lesson we learn from our grand children is our own capacity for absolute unconditional love. Imagine that love 10 fold, and perhaps we begin to comprehend the love of our Maker.
Happy New Year...may it be filled with many more lessons from your grand children.

Reply Like Like You like this
SoupGypsy Premium
@Christabelle
What a fantastically blessed person I am!! She was so precious on this day. Happy New Year to you!!

Reply Like Like You like this
SoupGypsy Premium
@Kathy331
What a wonderful time we did have. I am among the blessed of blessed. Thank you for reading and commenting. Happy New Year.

Reply Like Like You like this
dhayman Premium
Glad you got to spend time with her on the first birthday. That's a special one. Have a great new year.

Reply Like Like You like this
SoupGypsy Premium
@dhayman
Hi...thank you so much for reading my post. Yes, the first birthday is very special. I'm so glad I was able to be there. It was a very special day. Thanks again for reading and then commenting on my post. Happy New Year...may it be one filled with blessings and prosperity.

Reply Like Like You like this
cookma54 Premium
Happy, Happy New Year! So glad you had such a wonderful day! Those memories are priceless! Savor every moment ... before you begin to loook ahead to a fantastic 2015! M

Reply Like Like You like this
SoupGypsy Premium
@cookma54
What a treat to hear from you. Yes, I savor each and every moment for life is to short to do anything but. Thanks for reading and commenting. 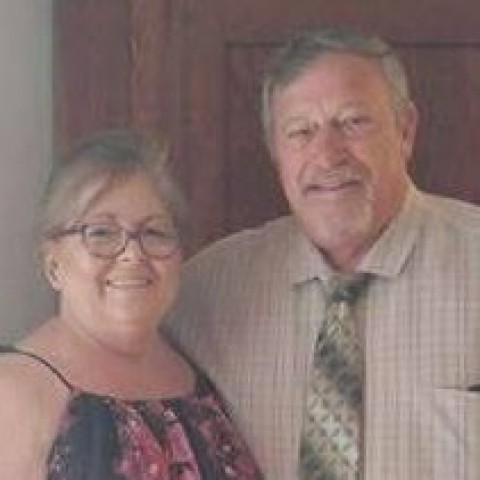