For some reason, call it genes or what have you, I have an awful tendency to stick my foot in my mouth on many occasions.

If you ask those who know me in the real estate business or other, I think most would say that they consider me to be pretty tactful. However, be that as it may, I my foot still makes it's way to my mouth like it has a mind of it's own.

This last occurence happened yesterday. And wow was it a doozy!

WTH Did I Just Say?!

My girlfriend came over for coffee to catch up on some lost time and we came to the subject of softball. Naturally, as both of our tweens are very active in the sport and play year round. So she asks, "Hey, what team did your daughter make and decide on this year?"

So I went on to tell her about how we went from B Level Softball to the big time A Level and tried out for 5 teams, in which she made 4. One of them, being one of the most celebrated and, in my opinion, most overly rated teams in the Tri-Cities area.

Of course, this grand team was a team that my girl had her heart set on. Hey, it seems everyone in A level ball desires to be on this team. They are heavily sponsored, the girls are envied, and they are overly glorified. So, I really couldn't blame her. At a glance it seems all butterflies and rainbows.

Before making this star team however, my girl also really had a wonderful experience with another excellent team that she made. While they are sponsored, they were not in our immediate Tri-Cities area and they didn't have all the glory. We just could not deny- they were something special. The coaches are passionate and positive, the girls are super friendly and skilled, and the parents were talkative and encouraging.

On the other hand, we weren't able to meet the other coach because he wasn't even present at the tryouts and as they were forming a new spill over team, we did not know at the time who the other girls and their parents were.

Now, I tell my friend that we are now faced with a dilemma. What team to choose? 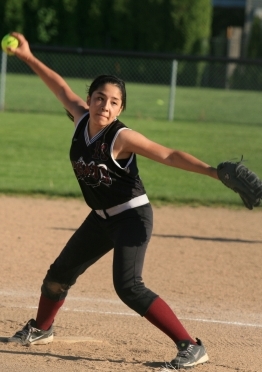 So I tell her that while our ego wanted to go all in with, I'll call them "Team Bad A**" our hearts were calling us to join "Team Nice Guys".

Faced with this dilemma we decide to ask around and investigate a little more about "Team Bad A**".

To our amazement, my girls hitting coach tells us he knows "Team Bad A**" well and also knows that they have less than desirable business practices. Not to mention, an outrageous insatiable desire to win no matter what. Yes, even at the cost of tearing down the players. Even if it means flying softball girls in from places like California to play in position of girls on the team.

So, after weighing the two options and all the facts, we decided to go with our heart and leave our ego and Team Bad A** behind.

After telling her this entire story. My friend leans over with the most uneasy look on her face and says,

"Our daughter is now on team Bad A**.

OMG! I wanted to climb under the biggest rock!

At the same time, she told me that she had had her own reservations to begin with. A few people had already warned her of a few issues known to the team. But again, they really had their hearts and pocket books set to team Bad A**.

So, there it is. Just had to relate my FOOT IN MOUTH moment from yesterday. I'm still queasy about it.

The joys of parenthood!

Have a rockin day everyone. And, if you can avoid it- try to keep your foot on the ground today!;-)

Write something…
Recent messages
2yorkiemom Premium
I was informed of a bunder I made 33 years ago. My friend from college said she remembered when I told her it was rude to ask a farmer how many acres they farmed because it was asking how much money they made. Did I really say that??? My Dad was a farmer and she had no concept of acreage vs. money. Why I said it. I was 18 and ignorant. That's my excuse anyway!!! So glad we could laugh about it today.

Reply Like Like You like this
SerainaLee Premium
Thank you for stopping by! LOL, wow I'm glad you mentioned this because I had no idea of this either. My in-laws have a farm and know a lot of other people with acreage so this little piece of information may have saved me from a good blunder as well! LOL! We all do it, even though it is usually obvious we didn't mean any harm, it is still embarrassing!

Reply Like Like You like this
Joe-L Premium
Honestly, these's no need to have put your lower digits in your cake-hole. You and your daughter did the right thing, come what may. I would rather my children play on an honest, moral team that can learn how to lose properly, than one with the win-at-all-cost mentality. Those people tend to grow up to be self-centered, egotistical maniacs and carry an "I'm better than you" mentality. Your friend should be ashamed of herself.

Reply Like Like You like this
SerainaLee Premium
LOL, thanks Joe I appreciate your support. Cake hole!? LOL! We really do feel like we made a wise decision. And I agree- the win-at-all cost mentality is not a good one and will only set one up for future disappointment. On the other hand, I feel really bad for my friend because I think it is natural for all of us to want "the best" for our kids. I certainly didn't mean to take the wind out of her sails but I was truly clueless to the fact that her daughter made the team! She didn't mention it until after I related the whole story. I just hope it works out for them.:-)

Reply Like Like You like this
SerainaLee Premium
Well more than anything, I just felt bad for her and I didn't mean to take the wind out of her sails! I was simply relating my story and the whole time she just asked me more questions about it- and did not tell me her daughter made the team until the end of my story. Uggh! 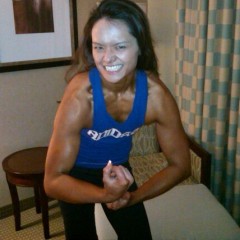