Where Have I Been For The Past Year Or More? (Details Revealed Inside)

If you have been following me at WA for some time now you may be wondering where I've been and if I'm still around. I apologize for being so inactive here at WA and failing to communicate with you guys but I've had a lot going on lately.

Trust me, I'm not going anywhere and I have still been working on my website and interacting with my referrals and other people on here as much as I could.

In my last blog post back in 2016, I told you guys that I had bought a new domain name, changed themes and was hoping to start a new beginning.

Well, even though things are still slow, I am seeing some improvements in terms of creating multiple sources of income and conversions on my website.

My traffic is up and down all the time which is normal I guess!!

Not only am I getting WA referrals and sales, I'm also earning commissions from a variety of different places (Finally).

I'll tell you guys more about that in my next blog post, OK?

So Where Have I Been All This Time?

For the past year, I have been dealing with lots of depression and anxiety due to my mother battling alzheimer's disease and having to take care of her all by myself.

Other than her having an aide for a couple hours a day, I was pretty much on my own to take care of her and I couldn't leave the house for more than an hour or 2 at a time.

At first this didn't really bother me that much, but after she started declining and her disease started progressing, this really started to affect me in more ways than 1.

Not only did it start to affect my health and well being, I also found it hard to focus on my business and give it the amount of time it deserved.

Here about a month ago, I was finally able to get a much needed break and I put her in respite care for 2 weeks.

Well, it seemed like that 2 weeks flew by quicker than ever and before I knew it, she was back home with me again.

Everything seemed to be going well at first, but less than 2 weeks later she had got sick yet again and I had to take her to the E.R.

To make a long story short, I had to permanently put her in the nursing home because it got to be entirely too much for me to handle.

Mom's aide which also happens to be a lifelong friend of mine that I've known since I was 11 years old told me how bad things would get but I was in denial the whole time and refused to listen to her.

As if that wasn't enough, I was also dealing with a few personal problems of my own along with my depression and anxiety.

Things Are Looking Up For 2018

Despite the ups and downs that I've encountered over the past couple of years with my business and my mother declining and getting worse, things are looking up for me.

Now that I have put my mom in the nursing home I can now focus on building my business and moving forward in this new year.

Pretty crazy if you ask me!!

Back in January I applied for and was accepted into Kyle's SAC and I have been working hard at writing at least 4 to 5 new posts a week and going through his amazing new training.

Due to everything that has been going on for me over the past couple of months I haven't been able to post my goals here at WA for 2018.

No Matter What Happens, Giving Up Should'nt Be An Option

Over the summer this past year, things were pretty bad for me business wise and there were many times that I thought about giving up.

However, I have been here entirely too long to throw everything away that I've worked so hard towards.

Wealthy Affiliate has got to be 1 of the best things that has ever happened to me and I'm forever grateful that I stumbled onto this opportunity after reading Eddy With A Y's Insightful review.

This post is really overdue and I had planned on writing it a while ago but either never felt inspired or had too much going on with mom.

I'm going to try and be more consistent blogging here on WA as well as my website and I just know that 2018 is going to be my year.

I hope you guys are having a very profitable and productive 2018 so far and I look forward to hearing from you in the comments below.

Reply Like Like You like this
Postum99 Premium
Well Scott,
I can sure feel for you. Your poor mom has no way to fight it. It will put you in traumatic depression and make it sooooo hard to work on your projects. You have a hard row to hoe.
I want to wish you all the best. Hard work will probably help you mellow out.
Dan

Reply Like Like You like this
Ongchannel Premium
Hi Scott, i can appreciate what you are going through caring for someone who is unwell. In Singapore, there is an awareness to pay attention to to the carer who are likely to get more stress and need more support than the patient itself. Wish you well and hope to see your success soon.

Reply Like Like You like this
Cazza12 Premium
Hi Scott, I am so sorry to hear about all that you have been going through over the past year or so.

Thank you for sharing your story and I applaud your determination to keep moving forward, your goals will certainly come to fruition in 2018.

If it wasn't for you I wouldn't be here today, so a big, big thank you.

All the best and look forward to seeing you around WA in 2018 and the years to come.

Yea it has been a pretty rough year for me but I finally have things under control now.

You are most welcome Carolyn and I'm determined to make 2018 my best year yet.

I'm glad that I was able to lead you to such an awesome community and it's been a pleasure working with you thus far.

Thanks for stopping by and chiming in on this post.

I really appreciate it, Carolyn

Things are definitely looking up from how they were for the past couple of months.

How have you been Roger?

I hope things get better for you man.

Keep your head up!!

Reply Like Like You like this
bigrog44 Premium
@scottdogg187
I have to get my sugar under control so I can go into surgery and have success. 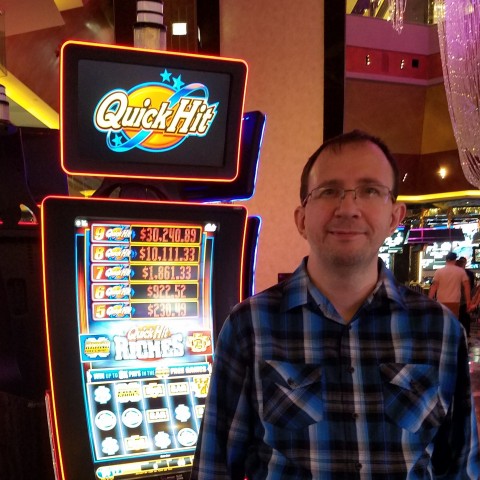