I’ve been a member of WA since of August ’17, and I’ve enjoyed the training, doing it, learning and whatever else have you. But, one thing about WA has been made painfully obvious to me; there’s nothing left to learn and I want it to go on the record that the various webinars that I’ve stopped sitting in on, I wasn’t learning anything from those either, I feel that they lack purpose. I’m not saying this to be mean or evil or spiteful, I’m being honest.

I want to make one thing crystal clear, I don't need anyone's opinion about how I'm not doing the right thing, I want my business on my terms and I don't need all of the pops and whistles. All I'm saying right now that its time to move on, I'm looking to conduct my bsuiness from another angle.

I’ve spent a little less than 2000 dollars over the last 2 years I’ve been here with nothing to show for it except a great website which I plan to keep and move elsewhere. Now, that’s not to say that I didn’t learn anything or all that I could. But, it does say that I’ve learned all I could and ready to close up shop here. I’m sure the proprietors are far too busy to keep track of everyone coming and going and that’s fine but make no mistake, this has been a long time coming for me. There’s a host of things I like about having my website and a host of things that I don’t like about Wealthy Affiliate as a whole. In the grand scheme, the latter isn’t important.

The time has now come for me to strike out on my own and be the online success in my niche that I can be. I do want to thank WA for the knowledge that was bestowed upon me from the training I underwent, I learned a lot and what it means to be a businessman in an online business era. I’ve never been one to give my time to something that I felt wasn’t worth it, but I’m not improving at WA nor. To put it bluntly, I’ve outgrown WA.

My brand and my knowledge of video games is everything and I want to take that knowledge with me as I move onto my new home in 2020, I’ll never forget all of the friends and fans I’ve made being here and for those who are interested in keeping in contact with me then you can get at me at videogamegenius11@gmail.com, my personal email.

Incidentally, I need to be somewhere, at a place where my brand can flourish. WA got me on a road to riches, but I have my ideas on how to get there. Ironic isn’t it, creating a website was the key to starting this journey on a good foot, and it’s also the reason I’m choosing to leave. So having said that, I’d like to take this time and quote the following, “my leave, I take”.

Write something…
Recent messages
ExpatMark Premium
Good luck Rodney. There certainly is a group of mindless juvenile adults that spend all their time staring at phones and playing games in their parent's basements to target. We will leave a light on for you.

Reply Like Like You like this
SueKolman1 Premium
You the Man Rodney! I've always enjoyed your blogs because you're so real and honest.
Sometimes I also feel that I've spent too much time and $ here at WA with not much to show for it except a website that I've worked long and hard on, and that I love and am proud of.

I've thought a lot about quitting too. Not because (as you say), that I've outgrown WA, but more because I feel stymied. Stuck. Not going anywhere.
But I guess I'm stuck for a bit longer because I took the plunge when Black Friday got extended for the final time last year. God telling me not to give up just yet?? Maybe.
We'll miss you. I know you'll be a success!

Whether you believe it or not--you made a very wise investment in yourself that costs less than a McDonald's coffee per day! There is no other place on earth that has this kind of value--period! Work hard and you'll continue to succeed. There have been former members coming back here as recently as last week after having struck out on their own, and one of the primary reasons stated was this vibrant community right here that has everyone's back--You can't even put a price tag on that!

Reply Like Like You like this
RodneyJr Premium
@SueKolman1
Thanks Sue, you can always email me or you can give me your email and I can keep in touch with you, and don't worry, you'll see more of my blogs on my new site but like I also told BobMargroff, you'll have to wait a couple of days while the site gets set up but I enjoyed you reading my blogs and don't worry, you'll still have plenty to read.

Reply Like Like You like this
DouglasPlumb Premium
Sorry to see you go but wish you all the best when you get there. You can always come back if it doesn't happen how you want. Wishing you find what you need out there and enjoy 2020.
Douglas

Best wishes, Rodney, as you strike out on your own.

Reply Like Like You like this
BobMargroff Premium Plus
@RodneyJr
Sorry to see you go Rodney. I have enjoyed reading your blogs here. But also totally understand that it is time to strike out on your own.

I wish you well and have written down your email address to keep in touch.

Reply Like Like You like this
RodneyJr Premium
@BobMargroff
Thanks Bob, you won't have to wait long to read another of my blogs because what I'm going to do is create my blog anew and this time, I'm going to have everything from retro games to new present day games. My new email to my new video game site is http://videogameregion.com

Wait a couple of days though because the site is still being set up, but definitely email me anytime buddy 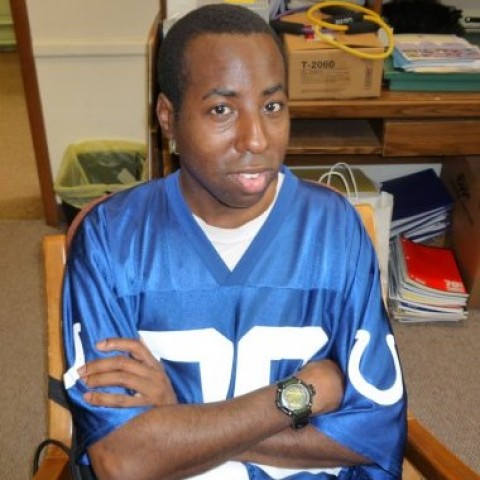