The Poet's Code of Ethics

In the later decades of the 19th Century, the British philosopher, Herbert Spencer, took an honest look at world trends and predicted that civilization was on a downward trend, for culture, beauty and ethical practices were neglected in society. He believed that politicians were not likely or able to change the trends. If there was to be a change, how would it come about? He believed the poets, visionary thinkers and artists of the world would have the solution. In Britain he inspired men such as Rudyard Kipling, Sir Arthur Conan Doyle and Charles Darwin to consider the problem. In America, his friends Ralph Waldo Emerson, James Howard Bridge, Richard Watson Gilder, Oliver Wendell Holmes, Walt Whitman, Edwin Markham, Henry Holt, John Burroughs, Mark Twain and Andrew Carnegie took up the question. These men, searching for a way in which to change the negative direction of society to positive action, formed a gathering, calling themselves the Twilight Club, because they met at twilight—not simply the twilight of the day, but, as they saw the situation, they were meeting at the evening twilight of the 19th Century and the morning twilight of the 20th Century—at the twilight of civilization, unless the downward trend could be stopped.

Their conviction was that world peace, harmony and unity would only come about through the brotherhood of man. They were convinced that a person’s moral creed could not remain as words and platitudes, but must be translated into action. Building on this idea, they formed The Poets’ Code of Ethics, intended as a worldwide moral code that related strictly to how people acted towards each other, the ethical nature of the code being based on the concept of service to others and to the world.

The Poet's Code of Ethics:

1.To attain the brotherhood-of-man idea by giving righteous action and good-will service to every man instead of taking from him that which he has.

2.To discover that all men are extensions of each other, that man is made for man, and that the hurt of one man is the hurt of all men.

3.To develop character, intelligence and good citizenship by teaching every man from early youth how to be a good neighbor and a loyal citizen.

4.To discover one’s inner Self by awakening within him that spark of divine genius which lies dormant in every man.

5. To teach man to think rather than to remember and repeat.

6. To realize that work done for the material world should be for man’s enoblement, and not for grinding his soul out in the gears of industrial machines.

7. To know that man is Mind, not body; that he is immortal Spirit, not mortal flesh, that he is good, not bad.

8. To judge the righteousness and religion of any man by what he does to his fellow man and not by his belief’s, doctrines, creeds, or dogmas.

Lao and Walter Russell added number 9 and 10, in essence:

9. To give a scientific course for the study of the application of the Spencer Code of Human Relations.

10. To combine science and philosophy in a unified teaching.

Write something…
Recent messages
Debbi26 Premium Plus
Never heard of the Twilight Club nor The Poet's code of Ethics but now you have me curious. Interesting blog! ~Debbi

Reply Like Like You like this
RobertBurch Premium
@Debbi26
I heard of the twilight club and the Poet's code of Ethics in 1971 through Walter and Lao Russell.

Reply Like Like You like this
Funmine Premium
Our conscience should serve as our moral compass. We don't always need others to tell us what is right or wrong. We choose when to listen to that "inner voice" of reason for guidance.

Reply Like Like You like this
CarlaIves Premium
In a perfect world, that would be nice. I don't see it happening in my lifetime, though. I can only hope future generations will be wiser.

Reply Like Like You like this
kmer6 Premium
So, in your humble opinion, where is man now? Is man of the United States doomed because of his inner greed and lack of concern for his fellow man of the world? Or is there still hope that we will soon see the light and be saved by the spirit that gave us life? An inspiring code of ethics that should be adopted by everyone..
Thank you,sincerely Ken

Reply Like Like You like this
RobertBurch Premium
@kmer6
I believe that there are enough people in this country and every country in the world that are enlighten of heart and mind that far out reach those of dark minds and hearts.

I believe in the heart of man that what we see on the news is not representative of what is truly happening globally every day. I have faith in those folks that wake up every day believing in their self, those that they know and a higher power that anoints our hearts and minds with great love, joy and wisdom.

Here at WA is a community that is building a business for themselves that will one day provide freedom, but also reach those that visit their websites entertaining content that might change their lives in someway.

I believe that WA is a greater platform in doing good than just a platform that will help each one us eventually achieve financial freedom.

I posted the above because I believe that mankind is continuing to move to a better destiny than what is protrayed in the news that is all doom and gloom. I think the poet code of ethics has revelance to our thinking as the bible or Koran has revelance to those that hold these books in deep love.

I can only say that what drives my heart and mind is that something unseen by human senses that touches me and lifts me toward the Christ Spirit daily. I think WA is an awesome platform that is changing hearts and minds. Thanks for taking the energy in reading this.

Reply Like Like You like this
kmer6 Premium
@RobertBurch
I am inspired by your words, and yes, the news paints a negative picture of the whole world. By having faith, we can use our websites to reach out to everyone, believers as well as non-believers. I had not thought of that in that context before. To spread the word, it will be possible now to reach people that may have never known.
Thank you for sharing, and inspiring, and resetting my goals. 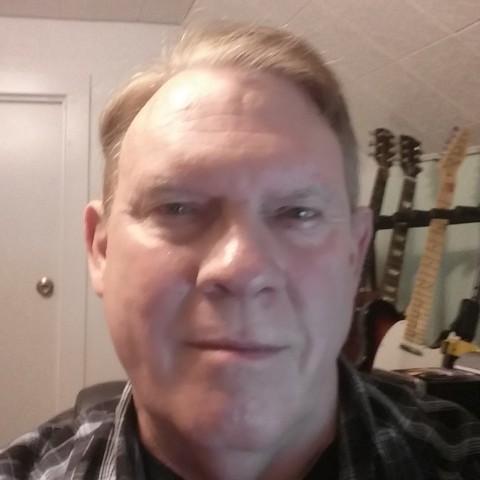