Employment Security Is A Lie

When we are growing up, we are all told to go to school, get a good secure job and your life will be easier, what a lie.

There is nothing like job security, I work but I`m also very realistic my job could be cut any time, this feeling has never gone away since I found out that people are fired faster than they imagine.

Being Fired From Your Job At 63

I don`t know where you are, retirement age here is 64. But once you hit 50, finding a job becomes almost impossible, when you check vacant employment platforms, most will finish with "not older than 35 years".

I was devastated this week when I checked our staff board and realized almost 40% of the staff names have been taken out, I saw my name still there but instead of jubilating, I felt close to tears, not of happiness but because I felt really sad and devastated, a workmate,63 years is in the group that got fired.

Now things happen for a reason, but I really hope I`m never in a position to decide if a 63-year-old person should keep their job or not. Who fires someone already counting the days until they retire? in my world or my human side of the brain(only mine) you don`t do such things, there has to be humanity left in you to let that person retire in peace.

since the beginning of last year, we`ve worked very hard at where I work, we`ve been pushed to the limit but we`re grateful to have that paycheque every month, I know so many who have lost jobs since the pandemic began, in my apartment block almost 60% moved out, it doesn't help much that I live in a tiny isolated village.

From what I know, the village had its days, there were watch manufacturing companies but they moved more than 15 years ago taking the jobs with them and leaving the people to pick up the pieces. Unless things have changed,(I don`t think they have) my tiny village has the 2nd highest unemployment rate countrywide so finding a job is HARD.

I learned without being told not to feel too comfy in my working place, things can change without notice, as a salaried worker, you`re just so easy to replace but what happened there last week only confirms what I`ve always said to myself no employment is safe.

We`re used to employers wanting to make a profit, but how long can we who are still in employment be supposed to go on working until you`re ready to drop?

I could not imagine that being me but recently I find myself going to bed before sunset because I`m just too tired. I get home not a minute before 8 pm if I`m lucky and most nights, I`m in bed by 9 pm. That`s not life, you don`t work, sleep, work sleep but it seems that`s what I`ve been doing for the whole of last year and this year. I find I`m pushed beyond what I can

I`m lucky I`ve almost not had to pay my membership here out of pocket since I started, but it`s hard to make money online if weeks go by sometimes without turning on the computer to check what needs to be done on my website.

That`s my ramble today/tonight if you`re working in a job, know it`s not safe, you`re reading this because you`re a member here at WA, take advantage of the tools here, make your site a success so no one can tell you you`re fired at 63.

I am sorry you felt unwanted things happen,
I hope you can hang in there until your retirement and try not to let it bother you, i wish you luck I know its easy for me to say as I am not in your shoes, but my emphaty what you we're facing!

Good plan you got WA back up just in case,

Have a gd day!
Joce

Take it easy and work things thru to the best of your ability.

Nothing happens before its time.

Be brave and continue to have hope that everything will be a success for you online.

WA have your back!

All the best my friend.

Reply Like Like You like this
roamy Premium Plus
@MAXINEG
I like the positivity you use to look at things and yes it`s true nothing happens before its time, only sometimes you`re left wondering when will that time be.

We can try to predict the future based on a set of related events. But, can we ever really know the future?

Well then instead of wondering, have faith over fear. Faith builds up positively while fear destroys negatively.

"Both Faith and Fear may sail into your harbor, but only allow Faith to drop anchor." - Bear Grylls

All the best, my dear Roamy.

Reply Like Like You like this
Proprov Premium
I was just thinking about all of the encouraging words people offer to one another here, that you may find comfort engaging other members through their blogs and you may find things that pique your interests or your creativity.
You are worth the effort!
Stephen

Reply Like Like You like this
roamy Premium Plus
@Proprov
Again thanks so much, I do engage here if/when time allows but recently(for a year and a half now) going online seem to be a luxury, in the evenings, I'm just too tired

Reply Like Like You like this
Proprov Premium
@roamy
I'm praying that you get the energy to at least check in more so it can motivate you.
I have a lot of fun interacting with so many people from so many different cultures. Plus I've noticed how much more comfortable I am writing.
I'll keep an eye out for your posts.
Blessings,
Stephen

Reply Like Like You like this
Parameter Premium
I can feel your pains Roamy. I lost my job 5 years ago, and out of the bitterness vowed never to pick a 8 to 5 job any longer.

The bitterness of losing once job terrible.

Unfortunately I struggled for 3 years looking for how to start my career online until I found WA.

I am glad my story is changing for the better

Reply Like Like You like this
roamy Premium Plus
@Parameter
I`m grateful to have a job, that`s a fact, but it just sucks, working every day but feeling scared of if you`re the next to be let go.
The job itself drains the last drop of energy away from me.
Most days, going online is a luxury because I`m just so tired, working a job where I`m always waiting to be fired crazy really.

Reply Like Like You like this
JeffreyBrown Premium
Very true words, Roamy! It will only get worse! Keep pressing forward and keep doing what you do!

Reply Like Like You like this
roamy Premium Plus
@JeffreyBrown
It gets tired trying to press on, most nights I can barely turn on my computer, even trying with outsourced content sometimes does not work, when you have an article in your inbox from a freelancer and all you have to do is publish and you find this impossible.
Employment sucks.

Reply Like Like You like this
JeffreyBrown Premium
@roamy
I truly know what you mean, Roamy! If it is any consolation, the economic downturns have affected my self-employment as well, so I agree, it sucks! We just have to continue getting creative, and remember--one day at a time! We never know what is right around the corner! 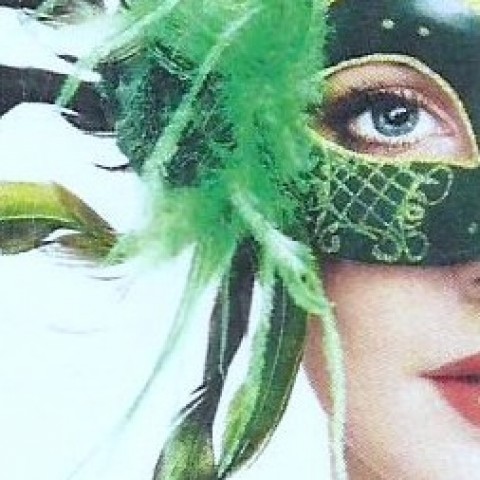