I find myself in need of some encouragement. I have worked SOOO hard on my website. Every spare second has gone to this but all I get is issues!

It went from... I received an email stating that a user is trying to leave a comment but the site won't allow. I reached out to site support. They told me it was the theme so I switched themes (doing tons of work trying to make it look at least somewhat like it did before). THEN, found out when in tablet or cell mode, the menu button doesn't work. So i reached out to site support again. They deactivated all of my plugins telling me to try each plugin to find the issue. So i did. I figured out it is the 'share icon' plugins that cause the issue. I tried 2 different share plugins and am getting the menu issue.

I cannot add ANY share button plugins because that's what is making the menu not work! So now what? How the heck do I get share buttons on my site?!

THEN...I went on this morning and NONE of my pages and posts are available anymore! I am SO frustrated and at the point where I just want to give up on WA and forget about it. I don't want to but this is just crazy. I'm not that tech savvy but I sure have learned a lot but it is just one thing after another...One thing gets fixed, something else breaks.

Write something…
Recent messages
FrankB44 Premium
I understand your frustrations, because I keep running into technical problems as well. But I keep telling myself "If it was easy, everyone would do it." So I just keep plugging along, only six weeks in and not even finished with Course 2.
But if I've learned one thing - quitters never win. Don't be a quitter. I knew, and I think you knew also, that this was a marathon, not a sprint. It's going to take a while.
I can tell you're a fighter, so just hang in there. You'll get through all these issues, and learn some valuable lessons along the way.
Frank

Reply Like Like You like this
RLimon Premium
@FrankB44
Hey there Frank! Thank you for your words of encouragement. I truly appreciate it. You're right, I'm not a quitter, I'm a fighter! I just was at the point it of wanting to scream. I needed to walk away from all the technology problems for a bit.

Life in general overwhelmed me a bit. But I can do this! Thanks so much Frank. :)

Don’t give up because a lot of people are doing that already. If I saw correct I believe you started September this year. That’s 4 months in, usually some success comes in 6 months or a year or even two depending. ...Let’s say 6 months is a check point you reach. You are like two months away, so why give up?

When I read this post I thought to myself “Man she is putting up a fight!” the type of fight you see in an action packed movie lol, but in this case your fight/battle was in your mind and I tell you I think you are kicking @$$.

**write down what you have been going through with your frustrations because they will serve a purpose to help out someone else**
..Give yourself 6 months and you will see how you have progressed and advanced in the next couple of months..

This experience you are going through with your site is a place where many like I said, give up. Also this is an area where not many venture into because of fear. Well this proves your are fearless.

I seen people quit only to start another money making program and go through the same troubles but in a different form..

My advise is to move on once you mastered a platform especially after you put in 4 or 5 months of hard work.

I believe you have grit plus you have support here even from Kyle.

Reply Like Like You like this
RLimon Premium
@RobertRivera
Hey Robert! You have no idea how much this helped me. I read your reply and I definitely needed that encouragement. I needed to walk away for a bit. I was ready to pull my hair out but you're right! I got this! I'm keepin' on keepin' on! Thank you SO much :)

Reply Like Like You like this
RobertRivera Premium
@RLimon
You. Are. Welcome, RLimon ..sometimes it’s good to walk away for a little bit. I’m glad you are encouraged, this is not just some group we become like family. Please keep us updated and feel free to ask about whatever issues you are going through with your site. Take care

Reply Like Like You like this
RLimon Premium
@JeannineC
Thank you for your kind words Jeannine. You don't know it, but your words were a big comfort. I was at the point of wanting to pull my hair out so thank you :)

Reply Like Like You like this
JeannineC Premium
@RLimon
I'm so glad to hear that! Remember you have plenty of support here. Sometimes you really need that to get through the rough spots.

Technology can be very frustrating. I used to teach computer repair and I jokingly suggested my students keep a baseball bat in their toolbag.

It is doubly frustrating when your livelihood relies on the technology working.

Some options: Build a test site in the SiteRubix domain and experiment with themes and plugins until you find the best combos.

Or, post questions in the WordPress classroom. I'm guessing somebody else has run into this and knows a workable solution.

Make your title a short version of your specific question. "I'm Frustrated as Heck" is honest, but it could be about many things. You want the people who have answers to see your post and respond.

Don't quit. You have got this.
All the best.
-Joe

Reply Like Like You like this
RLimon Premium
@JLennon
Hey Joe! Thank you so much. Great advice. Things are better now. I needed to walk away from it for a couple of days. You're right, technology can be extremely frustrating so thank you for the baseball cap analogy. Puts it in perspective. I'm gonna keep on keepin' on. :)

Reply Like Like You like this
Labman Premium Plus
Double check that the theme you are using is viable with the current version of WordPress and that it has been updated recently.
This might help. https://onlinelabguy.com/whats-a-wordpress-theme-and-how-to-choose

Reply Like Like You like this
RLimon Premium
@Labman
Thank you! For the StudioPress and Elegant themes, I'd have to go to their site and purchase, right? If so, do you have any suggestions on simple(easy to use) sites within WA Premium? I'd be eternally grateful if you had any suggestions. Here is my site if you want to take a peek: twobunniesandadog.com 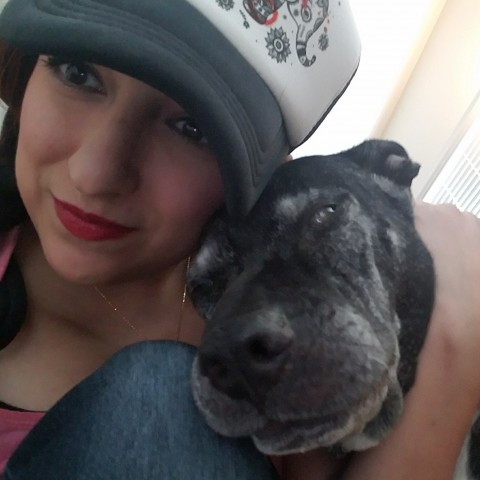