Hey guys and gals here's another set Of great Infomation for you, Imagine if you're somewhere doing something and all of a sudden you get a text on you're cell phone from you're bank telling you, you Just Made a purchase at Target for the sum of $178 on youre debit or credit card.

Man when I looked at the text I was In shock oh boy ever get that queezy feeling in youre stomach where you feel like they just put one over on you and you couldn't do anything to stop it from happening like its just completely out of you're control and it really happen to me and i'm sure that many of you guys can relate to what i'm writing here.

Just as i'm Writing this Article It Still Blows My Mind the Way People With Incredible minds and talent invent ways to try to take advantage of people instead of using what they have learned to try to help people.

So i called my bank and told them exactly what Had happened to me and that i was in church with my Family while all this took place and they told me that they will have to do an investigation and that i would be reimbursed but i have to go online to my account and provide them with a litle infomation and charges on my account where it took place and that it would take anything from six to eight weeks to resolve.

So i did what they asked me to do and it took about four weeks in time to resolve and they reimbursed me as promised man i had to order a new checking card from them and cancel the old one which was compromised and reported to them, well After that everthing went pretty well for like eight month and again i received yet another text as i was leaving church service this time yep $89.38 At Dominos pizza.

So i went through the same rigamaro with the bank and all the bells and whistles and i started to ask myself how can i prevent this from happening over and over again? i already followed all the card sefty step they instructed me to take and with all of that it happened again, fool me once shame on you fool me twice shame on me.

So i decided to Google time it and do some research and alot of reading and i found out that there is this technology which is a small device that is an air card reader and it can read and steal the information off of any type credit/debit or id card strip weather it has a chip or not if it has a strip youre personal information will get stolen.

Just by them stand next to you in a line and have the device on like Ray charles once said "it'll do what it do babe" so i decided the search for something on line that could block this type of device from stealing my information and i came across some tv products that were interesting but not useful in a multi level sense meaning that if i purchase one wallet that blocks this type of device what about when i have to go somewhere and my wife ask me for the credit card to pay for something somewhere else?

So i decided to search for that multi level solution where i could protect each card individually and i did some searches and Amazon and other places and finally found a perfect and affordable solution on Ebay, Bear in mind that this has taken me several day of research and it wasn't a piece of cake to figure out either so i'm letting you guys know about this product because it has been working greatly for me for the past five years till present no issues.

Write something…
Recent messages
Debs66 Premium
Hi,
this is so true, about them standing next to you they can steal what they want from you. In the Uk, they sell a little power pack that charges your phone but also has a cardholder that doesn't allow this to happen. It apparently protects it.

My cards and banking were compromised by a person I know. So are we safe ever not really. Luckily mine were just debit cards. so they are preloaded. Luckily I didn't load tons of cash on them. I shall share this post if its ok with you.
Debs

Reply Like Like You like this
Ray619 Premium
@Debs66
of course by all means you can share it, its a blessing to help i pray that everything goes well with you gbu and you're family always

Reply Like Like You like this
Ambrielle91 Premium
I just started using a credit card so this was very helpful for me to know. Thanks for sharing!!!

Reply Like Like You like this
Ray619 Premium
@jplove88
Just click on the blue links in this blog and it will take you to the product page not my website because i posted this review to help my people protect them selves from suffering this impact on their bank accounts have a blessed night and gbu and you're family champ.

Reply Like Like You like this
Ray619 Premium
@Eli47
Thank you Eli You're awesome and i posted this review because i really believe in this product it has been a great help to me credit card protection is very very important well gbu and and you're family always. 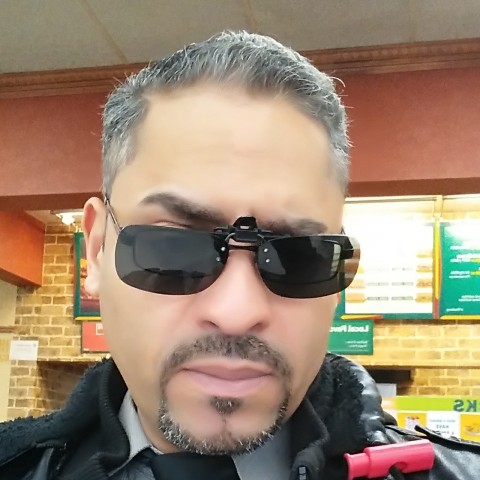