I haven't written many blogs, not because I'm not interested, but because my time is limited. However, this is important, and I wanted to give you some warning to not fall into the same trap I fell into.

A few months ago I got a phone call from someone who said he was making a service call for Microsoft Corporation. Anybody who tells you that is a liar with evil intentions. Microsoft will never make a personal phone call to your home. You have to call them. But I didn't know that at the time, and I was gullable enough to fall for it. The caller told me that they had reason to believe that my computer had been infected with the Bleeding Heart virus (maybe the worst one out there), and they wanted access to my computer to check it out.

When I gave the access (I should have known better), guess what! My computer, which was working fine half an hour before, was suddenly infected with the Bleeding Heart virus, and they offered to clean it up for a fee. By then I was starting to realize that something was wrong. I told the caller that I was going to have to call Microsoft to verify the call. The caller hung up. But by then the damage had been done. The caller had infected my computer when I gave him access to it. It costed me a lot of time and money to get it all fixed.

Two days ago I got another call from someone claiming to be from the Microsoft Corperation. This time I was wise to the trick. Since his number showed up on my caller ID I told him that I would have to call Microsoft to confirm the call and show their number. The caller hung up.

Last night I got another call, but this time my caller ID showed the message "UNKNOWN NUMBER." I had never seen that message before, but it didn't make me terribly suspicious. I just thought it was wierd. Guess what -- it was the Microsoft Corperation again! I was quite upset with this dishonest business that, I'm sure, has been hurting many people just like it hurt me. I told him, "I know that you're a liar because Microsoft never makes house calls. Repent of your sins and turn to faith in Jesus Christ because, the Bible says, 'All liars shall have their part in the lake that burns with fire and brimstone." He shouted back at me with a truck load of profanities, and even a death threat! (Microsoft doesn't usually call to yell profanities and make death threats, does it?)

Judging from the long line of profanities that the caller was screaming back at me, I got the impression that he didn't like my sermon (even though I didn't charge for it), so I just hung up. Guess what! Just this morning I got another call with the message on my caller ID, "UNKNOWN NUMBER." Since I knew who it would be, I didn't even answer. (He probably wouldn't like the sermon I would have given him.)

These people must be making money out of their dishonest business. That's why they keep doing it. And they must be hurting a lot of people, just like they hurt me. They don't sound like native English speakers. Quite likely they could be calling from another country like India or the Philippines where they think they will be safe from American law. That, of course, won't protect them on judgment day when Jesus Christ will judge them for their sins. But in the mean time, I want all the members of my WA family to be wise to the trick so that you won't get hurt.

Write something…
Recent messages
velcarlson Premium
I just recently received a call from the IRS. I do not answer my phone when I don't recognize the number, because if it is something important the caller can leave a message. Most of the callers just hang up without leaving a message. However on this call from the IRS, they left a message saying I owed for back taxes, etc. My son-in-law informed me that his brother got that call a few months ago. When we responded to the message and called the number, their message said their message box was full.

I was also told that the IRS will NEVER call on the telephone for any reason. Vel

Reply Like Like You like this
Prolife Premium
@velcarlson
Scammers are always learning new tricks. We need God's help to make us smarter than they are.

Reply Like Like You like this
The Dressage Husband Premium
Microsoft never call first! So if they do it is a scam! I never fell for it but boy do they get mad when you are on to them. Try shouting out with a poorly covered phone. Hey honey can you get the Police on the cell while I keep this idiot on the line so they can trace the call. That gets a sudden hang up every time, plus they do not call again for months.

Reply Like Like You like this
Prolife Premium
@Trialynn
Scammers are always learning new tricks. This is just the latest. There will be more when this one runs out of gas.

Reply Like Like You like this
helyearelyea Premium
I have seen pop ups all over the internet that say "you have a virus click here to get rid of it" and the screen will act funny or download bars will go like crazy. But if you click away everything is fine. If you click on it they really put a virus on your computer then try to charge you.

I bet they make a killing off of this. They almost got me and I'm fairly tech savvy. This is the first I've heard of them calling in the phone. Thanks for sharing. 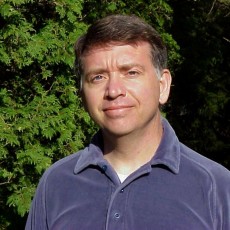