Are You Using Periscope?

I started using Periscope (@RolandMillward) the very day that the app was launched for Android phones. It certainly is an amazing application and to be able to see live video streams from around the world is awesome.

Many of the broadcasters that I follow are positioning themselves as Periscope Gurus which is quite amazing as this is such a simple app to use. The best way to use Periscope seems to me is to follow the same basic rules in Twitter. That is talk to and engage with people by showing them something useful and or interesting. If people like what they see and hear they will share the broadcast with their followers and eventually your followers will also grow.

Periscope is quite an instant, ‘for the moment’ type of platform rather like Twitter who own it. The broadcasts that you make are available for 24 hours after recording so that people that miss it live can watch later. Those that watch are able to tap their screens and give you ‘hearts’ and the more hearts you get the more likely your broadcasts are to be watched.

Periscope is certainly something worth using in your business as a way of interacting with the viewers who can leave comments and ask questions as you broadcast. Those that will do well with Periscope will be those that build a rapport with their viewers so that people begin to feel that they are friends and not just viewers.

It is vital that before you broadcast you know what you want to say not just on the first broadcast but the whole tone of future ones. Your personality needs to shine through so don’t pretend to be someone that you’re not. Ask yourself what it is that you want Periscope to do for your business and build on that in each broadcast. For example if you are a tech expert it would be good to broadcast tips and news items on tech subjects. It would not make sense to suddenly branch off into fishing and lose most of your audience as a result. Probably the best way to think about Periscope is to view it as a single TV show for you to create and brand yourself.

Reply Like Like You like this
sheiladane99 Premium
Wow, what a great tool. I had never heard of it. Have to practice in front of a mirror talking. And getting my spiel down pat.

Reply Like Like You like this
Mark1957 Premium
Hi Roland,
Sounds like another decent source of building a following but could you briefly explain what it is and how you go about using it?
Thanks
Mark

Reply Like Like You like this
profitsrgood Premium
@Mark1957
It is owned by Twitter and you need to use an app on your phone or tablet to broadcast. People can comment and you can answer and interact with them. You gain followers in the same way as Twitter by engaging and getting noticed.

Reply Like Like You like this
Mark1957 Premium
@profitsrgood
So when you have downloaded the app, do you just open it and record yourself speaking a message?

You can broadcast to the world or selected followers. It stays online with Periscope for 24 hours afterwards for people to watch. You can sign up for katch.me (free) which will keep on your scopes online to watch indefinitely.

Reply Like Like You like this
Mark1957 Premium
@profitsrgood
So in the first instance Roland, you could be talking live around the world to nobody but yourself....hahahahaha.
Seems like a good incentive to get some followers quick smart!
Mark

Reply Like Like You like this
profitsrgood Premium
@Mark1957
That can happen Mark but it is promoted on Twitter and Periscope. Usually you will have at least a few live viewers. Build your followers first. They will share your broadcast with their followers 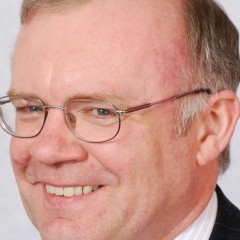