Why You Boot Your Computer (and Other Strange Terms)

This will probably be of no interest to you unless, like me, you're the sort of person who likes to know the origin of things.

But to be honest, I've set myself a goal this weekend of writing and scheduling a week's worth of posts to two of my websites on WA and writing a blog post here is one way of postponing that job. Anyone else relate to that?

Next, I'm going to watch the last episode of Game of Thrones Season 7, as a final catch-up before the final Season 8 is released on April 14.

Then I will have run out of excuses and be forced to start writing my six posts.

Why Do We Boot Our Computers?

Where was I? Oh yes, why do we boot our computers?

I started working with computers pretty much when computers themselves started, at least commercially.

When you think about it, it's pretty amazing that a computer can start up at all.

After all, it's totally run by software.

This was a small set of computer instructions, written in machine language so no translation was necessary and stored on an external device, originally punched cards or perforated paper tape. The cards or tape were read by a card or tape reader directly into memory address zero. The bootstrap routine contained instructions to read a more complex set of instructions, originally from magnetic tape and later from a hard disk drive. The final instruction in the bootstrap routine was to tell the computer to execute the instructions starting in memory address zero. This loaded the more complex set of instructions which in turn loaded the operating system and the computer was then up and running.

The analogy to this was pulling yourself up by your own bootstraps.

So starting a computer was known as "bootstrapping" it.

By the time the IBM PC was launched in 1981, this had been abbreviated to "booting" it.

Modern computers start up in exactly the same way. The only difference is that the bootstrap routine is stored on a ROM (Read Only Memory) chip on the motherboard and the hardware forces it to be read as part of the hardware startup process. A ROM keeps what's stored on it when the power is off, whereas RAM (Random Access Memory) loses it.

A BYTE is 8 bits and so can take a value from 00000000 to 11111111. The latter in decimal has the value 255, so a byte has 256 possible values. Each of these is used to represent a lower case letter, an upper case letter, a decimal number or a special character such as a comma or asterisk.

Lots of other stuff, but I suspect most of you will have lost interest by now.

But I can remember why Windows almost never made it, if you want to know more history from someone who was there :-)

Write something…
Recent messages
alisterbrede Premium
Yes, I had a Toshiba laptop back in the day. You had to keep inserting discs and the total capacity was flea like. Before that, I had a Sinclair. It printed onto a medium that resembled foil rap and you loaded data via a cassette tape recorder. Those were the days

Reply Like Like You like this
Selenityjade Premium
@phil1944
I like odd stuff, and don't will you nilly share everyone's blog posts here, even if I could generate referrals that way. I like my shares to have substance and gets you exposure, maybe, and possibly a referral for me, maybe. Lol. But seriously, it's interesting! Loved it!

Reply Like Like You like this
Talk2Ray Premium
Hi Phil. I am thankful that someone remembers all this just in case. I do remember those days of inserting disks to start your computer, then more disks to load programs and more disks to store files. What a mess.
Hope you have a nice weekend and thanks for a post that makes me think "why am I here now".
Ray

I raise my hand to prove that I too am still awake,

Or that I have just awaken. At least I am present. You know like some choose to vote in Congress...

Thanks for detailing the meaning of the acronyms and the related history.

Wishing you luck on your writing goals this weekend.

Reply Like Like You like this
jjrieck Premium
Okay Phil, let's wake the rest of the class up now. LOL. I remember being taught this. I went in 1975 though. Anyways, nice refresher, it's been a trip down memory lane. Now back to the posts. Good luck. LOL. 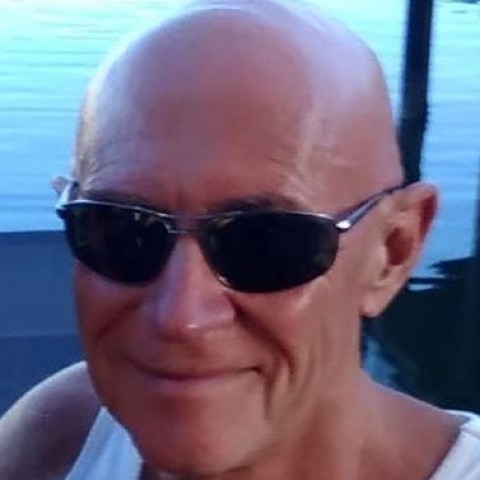